Yesterday, Miss Terry and I got to do two things we always enjoy; we got to meet long time readers Carl and Sandy Greenbaum, and we got to tour a really cool place with a lot of history to it.


Carl and Sandy are fulltime RVers who are volunteering at Barberville Pioneer Settlement, which is about 45 miles from where we live. They are a friendly, interesting couple who are enjoying their retirement years by giving something back to the rest of the world. Carl said they have something like 10,000 volunteer hours under their belts. That’s a lot of hours! 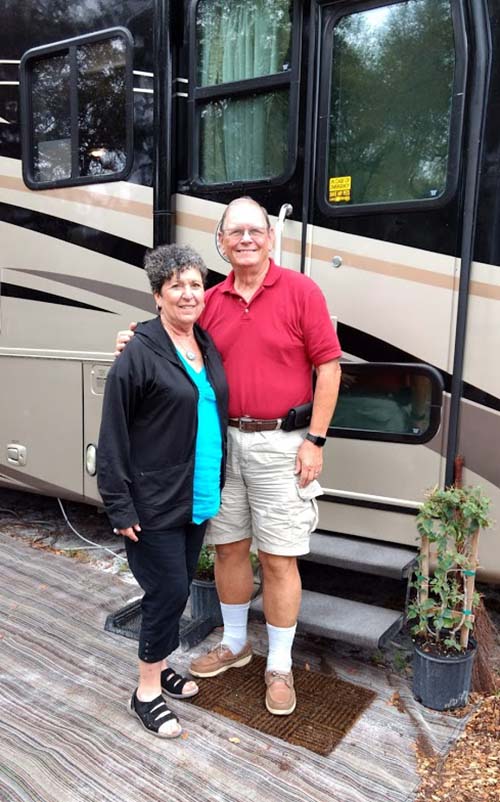 Barberville Pioneer Settlement is a collection of historic buildings that started out as an educational program for the local school district, and when the district ran out of money to fund it, a group of dedicated teachers came together to create a nonprofit organization to keep the village going.


The centerpiece of the Settlement is the original Barberville Central High School, which opened in 1919. Every room and hallway and nook and cranny is filled with wonderful old artifacts from times gone by. 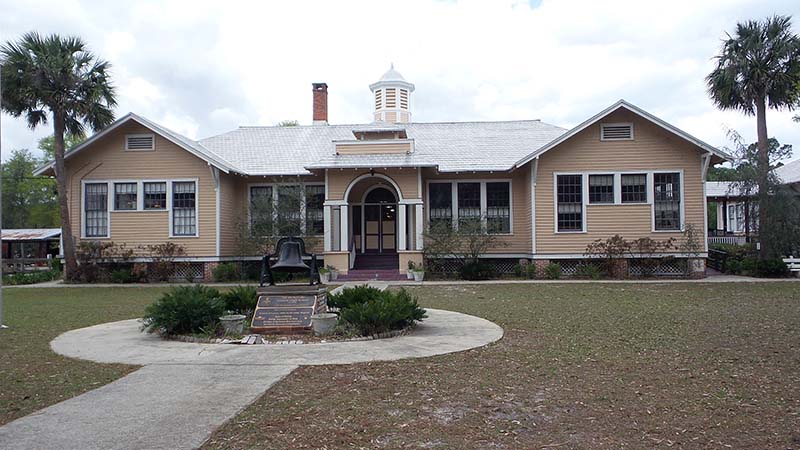 There is a classroom complete with desks that once held ink wells to dunk some unfortunate girl’s pigtails into. I think if I went to school here I would have spent a lot of time sitting in the corner with a dunce cap on. 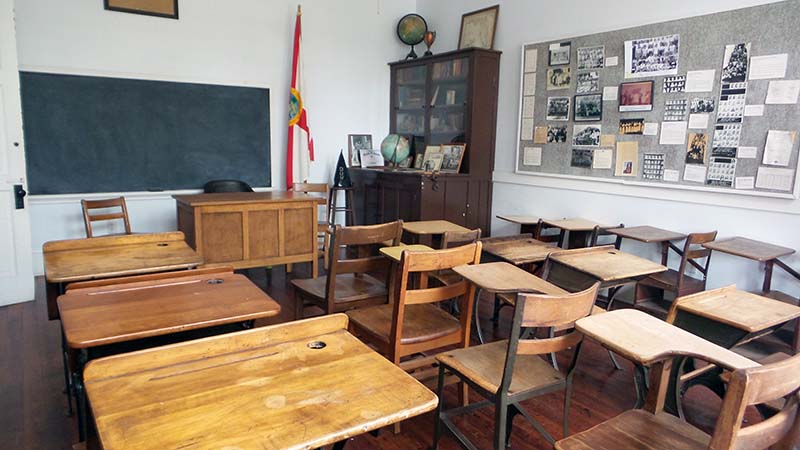 The next room really got Terry’s attention. It was filled with looms. Big looms, small looms, tabletop looms, you name it and they had it, along with warping boards, yarn winders, and everything else a fiber artist could ever need. 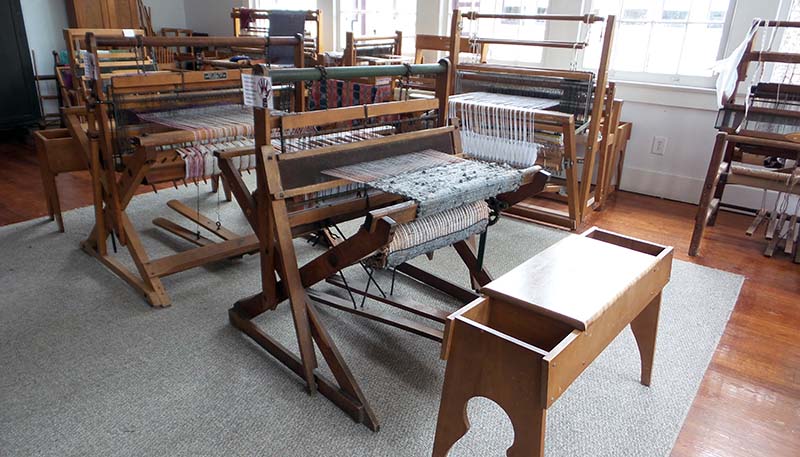 Another room was set up for dipping candles, among other things. Many school kids come here on outings and actually get hands-on experience in all kinds of old time crafts like weaving, candle dipping, making ceramics, and even making butter.

And to be totally un-politically correct, another room had several cases that held an antique BB gun collection. Try having that in school these days!

Carl and Sandy gave us a complete tour of the Settlement, which has an impressive collection of buildings moved from all over the state. The country store, built about 1900, served the workers in a turpentine camp in nearby Bakersburg. The turpentine camps had a long and sometimes sordid history in the South, and a Florida turpentine camp played a role in my novel Stillborn Armadillos, the first book in my John Lee Quarrels mystery series. 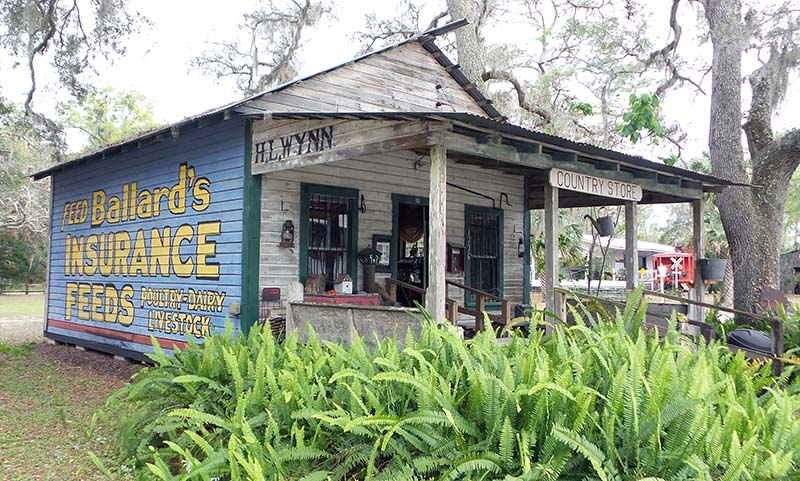 There was also a “quarters house,” a two-room shotgun shack where workers in a turpentine camp would live. The houses were cheaply built and newspapers lined the inside walls for insulation. 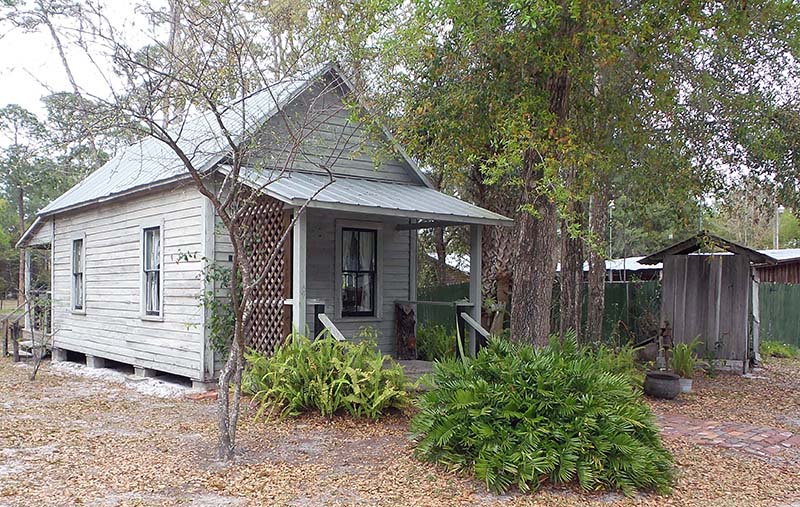 The Midway United Methodist Church was built in 1890 and served the community of Midway until 1964. People can rent the church for weddings, christenings, and other events. 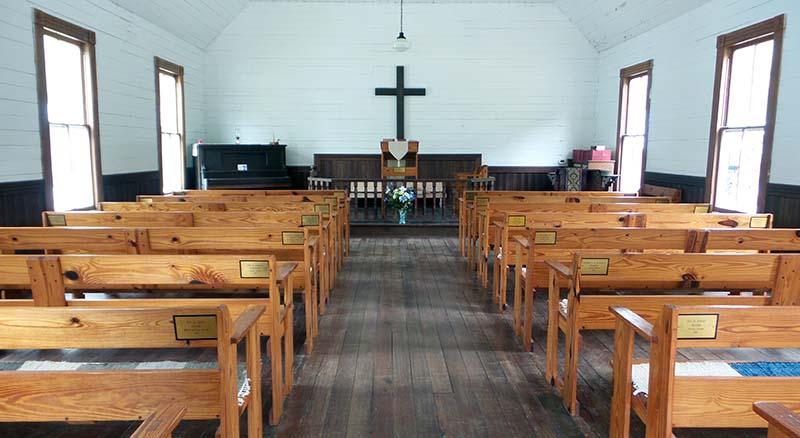 Everywhere we went there were hundreds of artifacts on display. Tools in the blacksmith shop and the wood wright shop, an old washing machine on the back porch of the quarters house, a typewriter and telegraph in the railroad depot, and several really neat old horse drawn wagons.

Quite a few critters call the Settlement home, including this grumpy goose who has been known to take a nip out of a careless visitor if he gets the opportunity. He was just tall enough and I am just short enough that when he stuck out his neck toward me I took a quick step back, because he was zeroing in on a part of my anatomy that I’ve grown very fond of over the years. 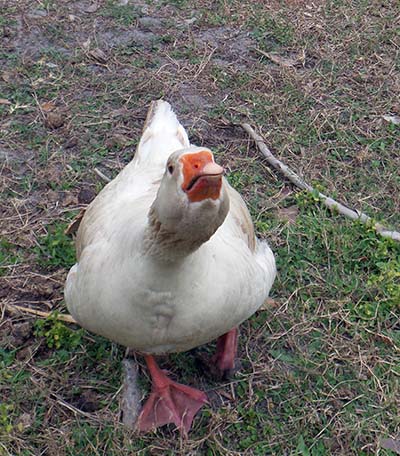 This peacock was putting on quite a display, but the peahens didn’t seem all that impressed. Don’t feel bad, guy, we’ve all been there a time or two. 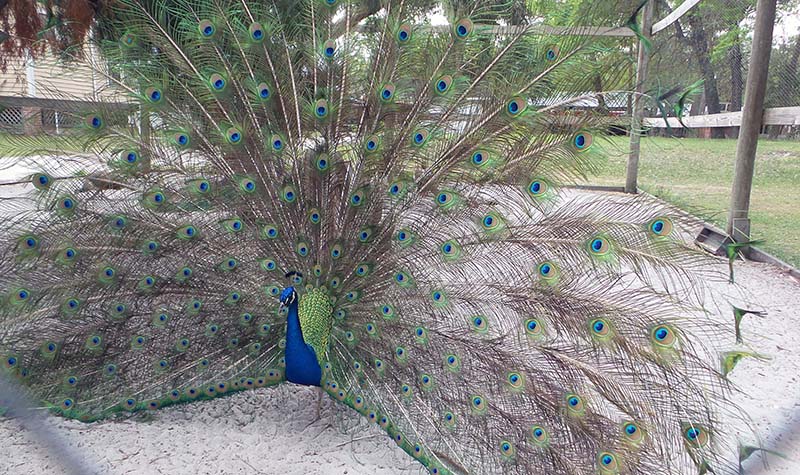 I have only scratched the surface of all there is to see. We will have a feature story on Barberville Pioneer Settlement in the next issue of the Gypsy Journal.

We had a great time with Carl and Sandy and we look forward to seeing them again one of these days. Besides all of their volunteering adventures (they will be back at Grand Teton National Park this summer), they also do a blog called Living Our Dream that’s quite interesting. Meanwhile I’m going to check out their grandson Wyatt’s YouTube channel. Apparently he’s quite the fisherman and has developed an online following of fans who appreciate his fishing advice and demonstrations of different kinds of fishing equipment. Maybe I can learn a thing or two from Wyatt.


Congratulations Lorna McGill, winner of our drawing for a USB flash drive with all of the digital issues of the Gypsy Journal from 2003 through 2016. We had 251 entries this time around. Stay tuned, a new contest starts soon.

Thought For The Day – Don’t put the key to your happiness in someone else’s pocket.