Nick's Blog » Catch Of The Day

With the new issue of the Gypsy Journal finished and sent out to our subscribers, except for logging in the renewals that came in by email, yesterday was a play day for me. Yes, I actually did get away from my desk for a while!


My buddy Jim Lewis came by and we played two or three games of darts, which he easily won, which was no surprise. He always wins. Seriously, I think I could dig out my old can of pepper spray and give him a blast right between the eyes at the start of the game and he would still beat my butt. Then when the game was over, he’d beat my butt again for spraying him!

In a blog a few days ago I wrote about watching some fellows using a cast net to catch bait down at our dock and said that I was thinking about getting one. If you haven’t seen one before, a cast net is a large net with lead weights on the bottom, attached to a long line. As the name implies, you cast it into the water, and if you do it right the net opens up into a nice circle and sinks to the bottom. Then, when you pull the line in to retrieve it like a drawstring on a purse, whatever is in the net is trapped. That could be anything from small baitfish like minnows and mullet, to shrimp, crabs, and even trout and catfish.


But in talking to the fellows working the net down at our dock and watching YouTube videos, it looked really confusing. Basically you get a bunch of net in one hand, drape some of it over your shoulder, stick one of the weights in your mouth, get a bunch more of the net in your other hand and throw it toward the water. I was told to be sure to remember to open your mouth as you throw if you want to keep your teeth instead of the lead weight. Yeah, like that’s gonna work for me!

Then, while perusing Amazon, I came across the Fitec EZ-Throw cast net. According to the description, it is indeed super easy to use and can be done one-handed. And you don’t even have to stick a lead weight in your mouth! The reviews on it looked pretty good, so I decided to order one and try it out. And that’s what we did when we were done with the dart game.

It actually was pretty easy to use. Within a couple of throws both myself and Jim were able to get it in the water with ease. That’s not to say that it always opened perfectly, because sometimes it didn’t deploy all the way into the four foot diameter circle it is capable of. But then again, neither of us got tangled up in it and fell into the water, so I guess that’s a plus. Here is Jim getting ready to throw the net. 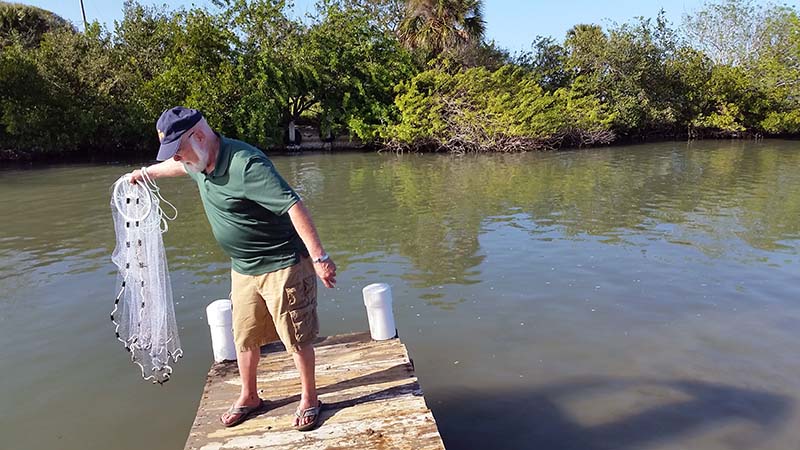 And there it goes! 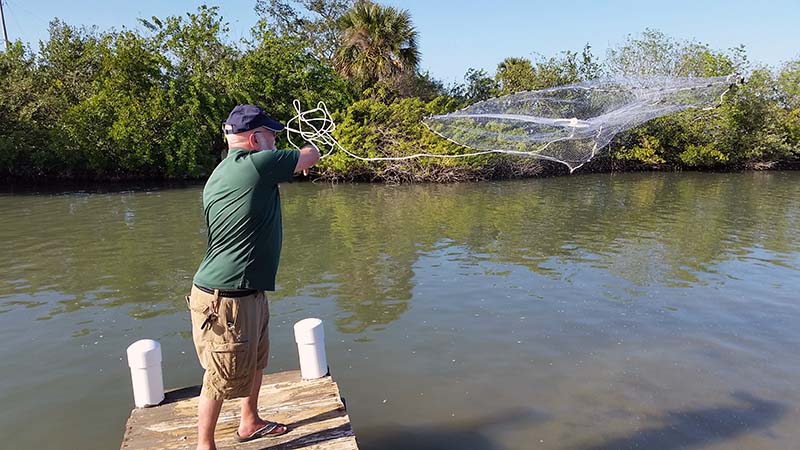 And here’s the catch of the day. All told we probably caught about a dozen of these little fish, which measured an inch or two long at most. But hey, stick a hook in them and they’re live bait. Since we weren’t planning to go fishing and were just practicing with the net, we returned them all to the water, where they swam away without a backward glance. 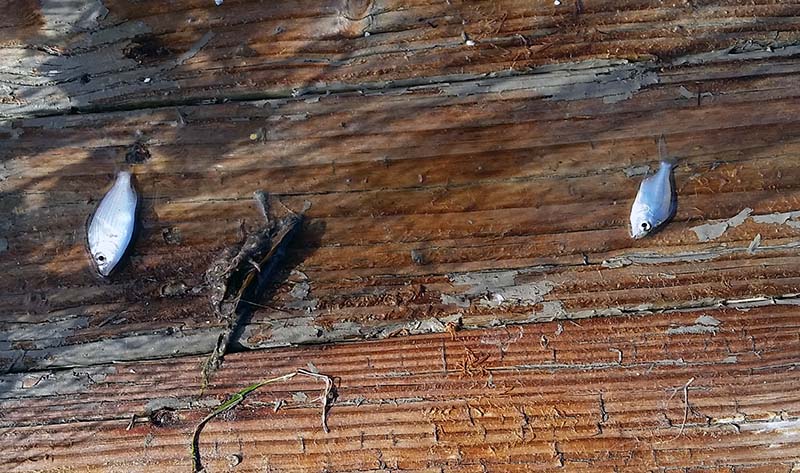 One thing Jim and I quickly realized is that there is a reason you don’t see people throwing a cast net all day long. Like I said, mine is a four foot diameter net, and they make them as big as eight feet. But throwing all that lead weight around, and then dragging it back out of the water to do it all over again is work. In about 45 minutes we decided we had mastered the cast net, or at least as much as we were going to master it that day, and we quit.


Back at my house, we hosed the net down with fresh water to wash all of the salt away, then spread it out on the garage floor to dry. By then it was time for dinner, so we went to Fiesta Maya, a nice little Mexican restaurant in New Smyrna Beach. We ordered the shrimp chimichangas, which were absolutely delicious, and the portions were large enough that nobody left hungry.

Back at home, I let Jim humiliate me in a few more games of darts, then he went home to gloat over his victory and Terry and I watched TV for a while. All told, it was a nice day. Well, at least it was for me. While Jim and I were playing and throwing that cast net, Miss Terry was home logging in all the renewals that came in and catching up on paperwork. Maybe today I can get her to do something fun, too!

Almost 70 people have entered our latest Free Drawing. If you haven’t yet, be sure to do so. This week’s prize is an audiobook of Slow Falling, book six in my friend George Weir’s excellent Bill Travis mystery series. To enter, all you have to do is click on this Free Drawing link or the tab at the top of this page and enter your name in the comments section at the bottom of that page (not this one). Only one entry per person per drawing please, and you must enter with your real name. To prevent spam or multiple entries, the names of cartoon or movie characters are not allowed. The winner will be drawn Sunday evening. 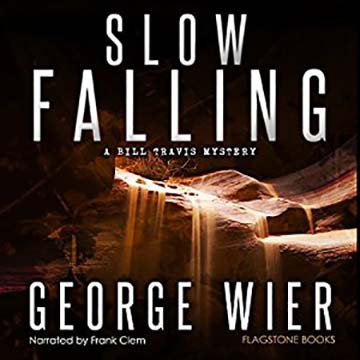 Thought For The Day – True friendship is about being there when it is necessary for you to be, not just when it is convenient.

3 Responses to “Catch Of The Day”