We may have a boat and fishing equipment, and our house may only be 800 yards from the Indian River section of the Intercoastal Waterway, but yesterday it was too darned cold even think about casting a line. So instead Miss Terry decided to tackle a project she’s been wanting to get done.


We wanted to enclose the propane tank we had installed for her new Samsung gas range and we had found a 4×8 foot piece of white plastic lattice leaning against the outside of our garage, so I cleaned it up with my a Karcher pressure washer. 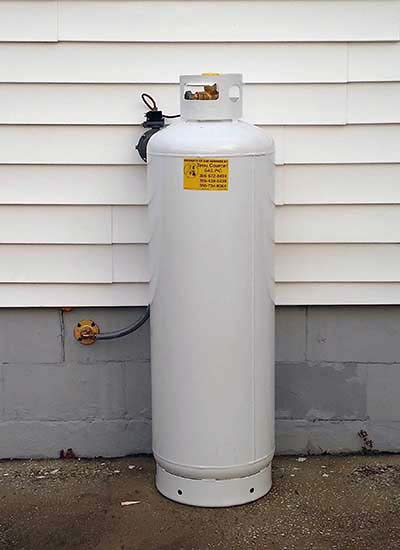 The other day we picked up some lumber to use as a frame, which Terry put together yesterday while Jim and I threw darts. Hey, we offered to help, and she said the best way we could help her was to stay out from underfoot. Okay, I can do that. 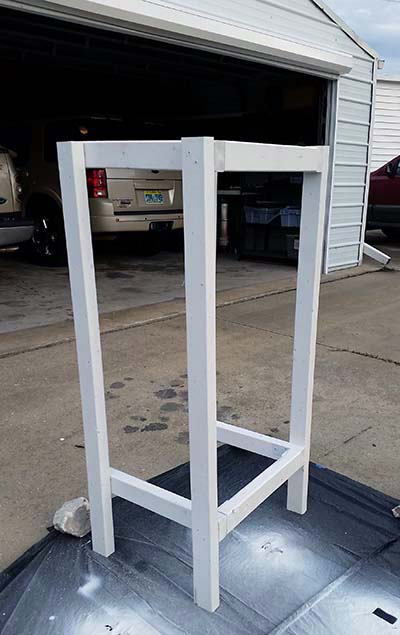 Once she had the frame put together and painted, she did let us help her cut the lattice into the sizes she needed. By help, I mean we got to hold things while she did the actual cutting. Just the idea of me using a power saw is pretty scary, and I guess she figured that since Jim has been dumb enough to hang out with me for over 30 years, his intelligence is suspect, too. That wife of mine is a mighty perceptive woman.


Once she had the lattice cut into strips, Terry mounted it to the frame, putting a second piece on the front, slightly offset, to further conceal the tank. 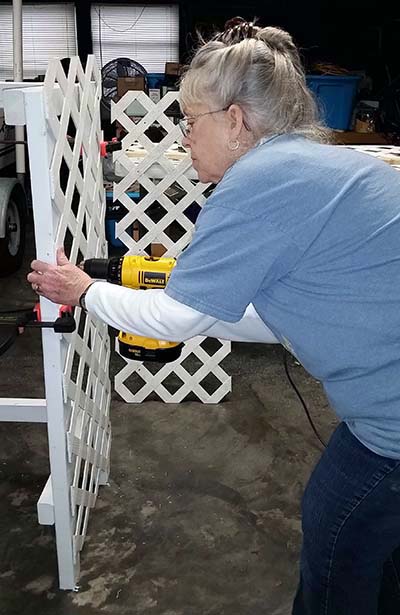 And here is the finished cover. There is a slant to our driveway, which is why it doesn’t look completely straight. 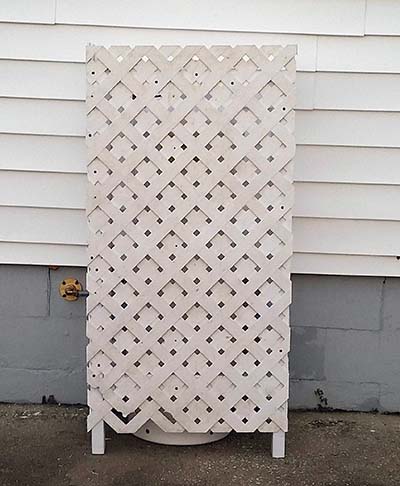 Now, you’d think that after all of that hard work, Terry might demand that we take her out to dinner. And we’d have certainly been happy to, but she had other plans. When we stopped at Oak Hill Seafood she had purchased some very nice shrimp and wanted to make shrimp and cheese grits for dinner. So after cleaning up from her little construction project, she deveined the shrimp to get them ready to go. 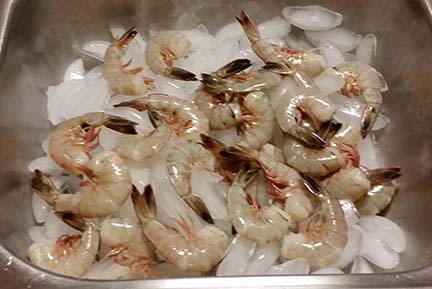 Jim had never had shrimp and grits before and he was impressed, to say the least. I’m a Plain Jane kind of guy and I don’t like veggies, so mine just had a little touch of jalapeno in the grits to season them, along with plenty of shrimp and some bacon on top. 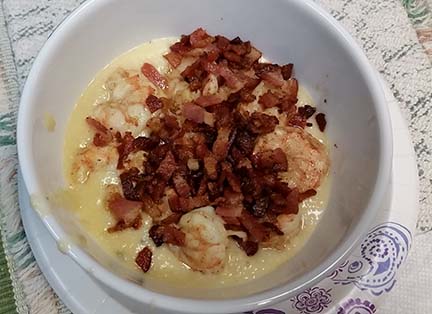 Terry added vegetables to hers and Jim’s, and all three of us agreed it was a delicious meal. 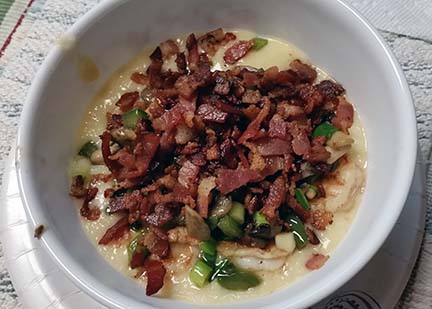 I thought the least I could do was offer to do the dishes, or volunteer Jim for the chore, but after dinner Terry shooed us into the living room to watch TV while she took care of that, too. I don’t know where she gets all of her energy. I get tired just watching her work so hard!


Congratulations Margie Rodgers, winner of our drawing for a one year subscription to www.OvernightRVParking.com, a $24.95 value. We had 198 entries this time around. Stay tuned, a new contest starts soon.

Thought For The Day – Perception is reality. Facts are negotiable.

2 Responses to “Lattice And Grits”