Moving into a 1600 s/f house with an 1100 s/f garage after 17 years of living in a 320 s/f motorhome is hard work and a hell of an adjustment! Terry said we don’t need to worry about exercise for a while, because just wandering around trying to figure out where to put stuff is a workout. But it will be worth it when we’re finally settled in, right? Seriously, somebody tell me that it will be!


We took a break from moving chores yesterday to go vote, and then to run into Daytona Beach and shop for desks for the both of us. The previous owner of the house left a small desk in the office area that I thought would work out for me, but it’s in pretty poor shape and rather flimsy. We checked out a couple of mom-and-pop type office supply stores and looked at used desks, but didn’t see anything we liked. We also went to Office Depot, where everything was pressed wood junk. Thanks, but no thanks.

Then we stopped at one of the used furniture stores where we have been shopping, and Terry found a nice three-piece oak corner desk that will fit into her loom room very well. So that came home with us. As for me, I’m still looking. We’re also checking out yard sales and Craigslist, and things like that. What I have will work for now, so I’ll keep looking until I find what I want.


Since this was our first Halloween in a house in many years, we didn’t know what to expect for trick-or-treaters, so Terry bought three big bags of candy just to be sure we would have enough. And we did, because not one kid came by. That is probably because our little community here is mostly older folks, but there are a few families scattered here and there. Terry did say she saw a couple of little girls walk by at one point, but I didn’t think it would be a good idea for me to chase them down yelling, “Hey girls, come to my house and I’ll give you candy!” I kind of like the neighbors to get used to having me around before they label me a perv.

Speaking of candy, a few days ago we stopped at a little ice cream shop in New Smyrna Beach and I had to take a picture of some of the sprinkles they had to put on treats. Besides these, they also had troll droppings and unicorn eggs, to name a few.

And speaking of all things pervy, a package arrived in the mail yesterday and I handed it to Terry and told her I had bought her something short, black, and sexy to wear in our new house. Being the modest woman that she is, my wife immediately got that deer in the headlights look, wondering what I was up to now. But once she tried it on in the bedroom, she kind of liked it. What do you think? 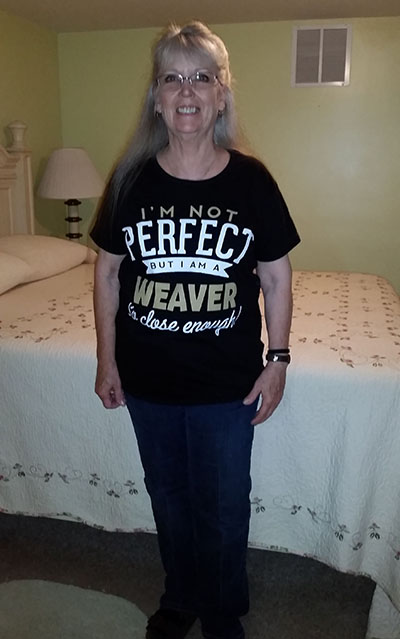 Because we’ve been so busy cleaning and moving things into the new house, Terry hasn’t had much time or energy for cooking, so we’ve checked out a couple of local eateries. One place we saw that intrigued us was a small restaurant here in Edgewater called Peggy’s Country Kitchen, and every day their signboard advertised specials like beef tips and noodles, chicken fried steak, and goulash. Down home comfort food. So we decided to try it out, and liked it so much we went back a second time. Nothing fancy here, just good cooking at very good prices.


And at least a dozen people told us we needed to try Goodrich’s Seafood in nearby Oak Hill, so after we were done running around yesterday, that’s where we went. It’s right on the Indian River, and from the outside it didn’t look very fancy, and it isn’t. Think river dive, which means you’re going to get some excellent grub. And we sure did! Terry chose the shrimp and grits, which came with a couple of sides, and I went with the seafood platter, which included fish, shrimp, scallops, oysters, a crab cake, and two sides. This place definitely gets added to our Favorite Restaurants book, and we will be going back again for sure.

Thought For The Day – People think that when they buy a new house, they live there. They’re wrong. They only sleep there. They live at Home Depot.

5 Responses to “Short, Black, and Sexy”