We were up early again yesterday, since we are trying to readjust our sleeping patterns and get to bed earlier and get up earlier than normal. We have company visiting from out of state in a couple of weeks and we kind of thought it might be polite to not sleep the day away while they are here.


Usually I write late into the night, and we go to bed anywhere from 2 to 3 AM, then get up sometime around 10. But we wanted to change that, so we have been trying to get to bed by 1 AM or so and getting up about 8:30. Our bodies haven’t quite adjusted yet, but hopefully we’ll get there.

We spent most of the day in Daytona Beach, looking for that extra bedroom set I mentioned in yesterday’s blog. No luck there, but we did get real lucky at one of the used furniture stores we stopped into. A while back, at another store, we found a nice quilt rack and purchased it to put in our hallway to display some of Terry’s weaving creations. Yesterday, we saw an even nicer rack that was priced at $25. But they had a sign saying that everything was on sale, just ask for the price. So I took it up to the counter, thinking they might knock $5, or possibly even $10 off. I thought the lady was telling me the discount when she said, “How about $3?” but as it turned out, that was her price! She said it had been sitting around the shop for a while and she just wanted it gone. At that price, I was happy to help her out. 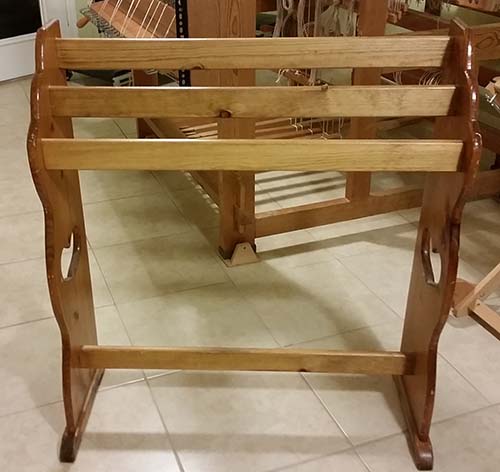 As I said in today’s blog title, Miss Terry finally got smart. No, she didn’t kick me to the curb. She hasn’t gotten that smart yet! For years, Terry has been using an ancient flip phone that she picked up when Fred Flintstone was having a yard sale. It served her purpose and she was quite happy with it, but lately she’s been talking about getting a smart phone to take advantages of some of the features they have on them.


Regular blog readers will know that we’ve had a real problem getting our Verizon cell phones to work here at our house, even using the Verizon network extender they sent me, which I returned because it didn’t do any good. We had talked about Terry getting a new phone with AT&T, since the signal is better here for them.

But the last Brighthouse cable man who was here told me that I could use our Brighthouse Wi-Fi here at the house to make and receive calls. But he wasn’t sure exactly how I would go about doing that. No problem, I called Greg White, who knows just about everything there is to know about all things mechanical or technical, and he talked me through the process.

The result was that my phone now works great here at home. But Terry’s was so old that it could not even connect to the Wi-Fi. So while we were in town yesterday we stopped at Verizon and got her a new Droid MotoZ phone. I think she likes the new phone, except that now I can call her from my office when she’s in her loom room. Nope, she can’t escape.


And before I close, just a note for my friends back in our hometown in Arizona’s White Mountains and in the upper Midwest, where they have had snow already. It’s going to be 82° here today. Eat your hearts out!

Thought For The Day – I changed my car horn to gunshot sounds. People get out of the way much faster now.

4 Responses to “Miss Terry Gets Smart”