We’ve been spending too much time at home and both had a touch of cabin fever, so Saturday evening I told Miss Terry that we needed to get up early the next day and go for a ride or do something.


And then, wouldn’t you know it, I had a bad night and woke up feeling sick to my stomach and wrung out yesterday morning. So much so that I actually slept through the alarm and Terry was up an hour or so ahead of me. She said if I wanted to reschedule our day away we could do that, but after moping around for a while I decided we would at least go over to the storage lot and check on our motorhome, since we hadn’t done so since we parked it a month ago.

The first thing Terry said when we walked inside our Winnebago was, “It seems so small!” And I had to agree, after being in this big old house. But we never felt cramped living in it when we were fulltimers. Everything seemed to be fine, so we locked it back up and then went down to our private fishing dock.


We got there just in time to see these two nice sailboats going by, headed south. It was a windy day and their sails were full. I have no idea why the sky is a different color from one picture to the other, since I took them less than a minute apart. 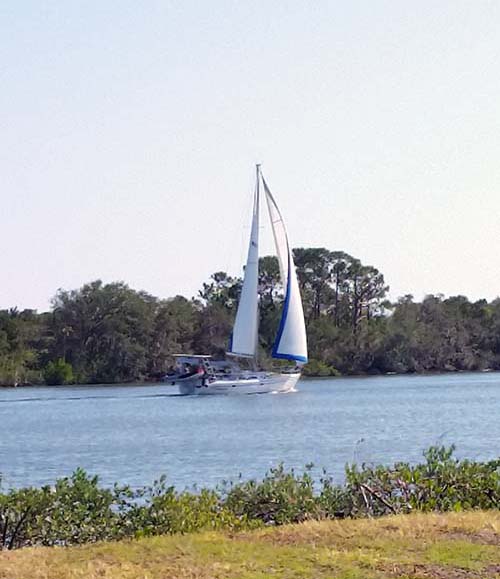 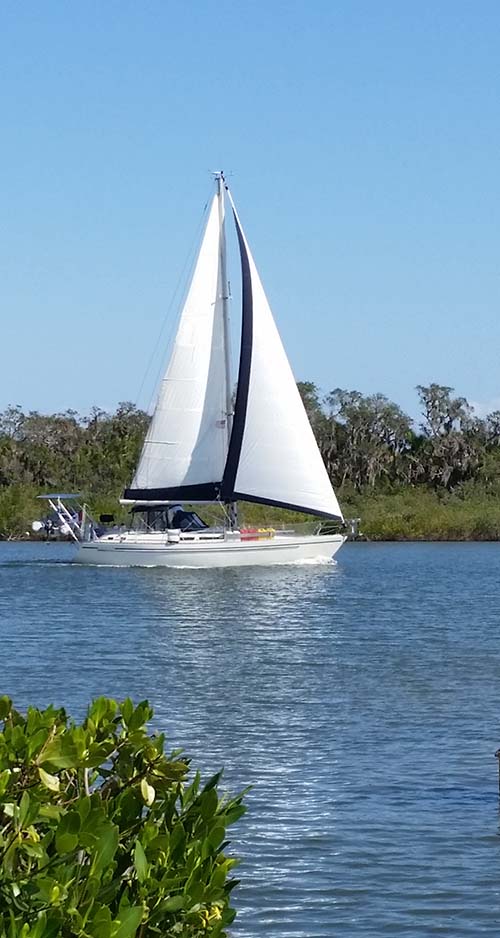 We hung out on the dock for little bit, and the resident dolphins came by to greet us, rolling over in the water and huffing as they came up for air. I could sit there and watch them all day long.

After a while we decided to drive into New Smyrna Beach and see what was happening. If you don’t want to park and walk out onto the sand, you have to have a special permit to drive on the beach here, which is $25 a year for Volusia County residents, or you can pay a daily fee of $10. The nice lady at the entrance booth said that the passes are done on an annual basis, and that if we came back on December 1 we could buy our 2017 pass.


So we thanked her, made a U-turn, and drove a few miles down to the Canaveral National Seashore. You can’t drive on the beach there, but it’s free to get in with our Senior Pass, and there are several parking lots with beach access. The beaches there are also not nearly as crowded as they are in town. 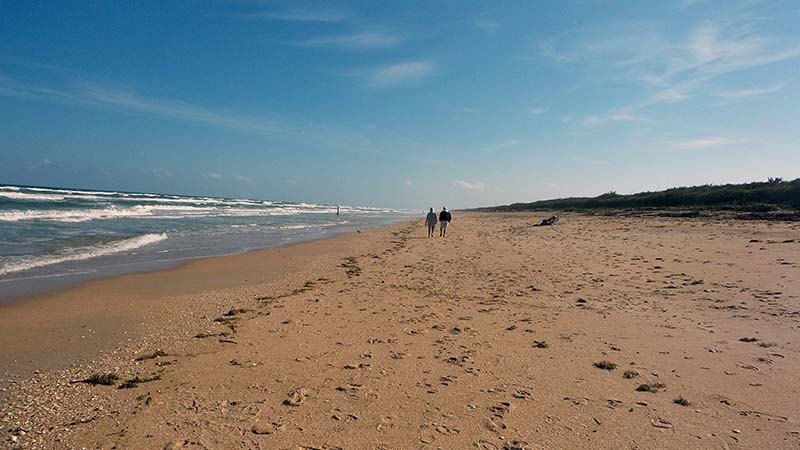 We spent some time walking down the beach, picking up shells and enjoying the wonderful sea air. We always love being on a beach, whether it’s here in Florida or on the Pacific Northwest coast, as the big smile on Terry’s face shows. 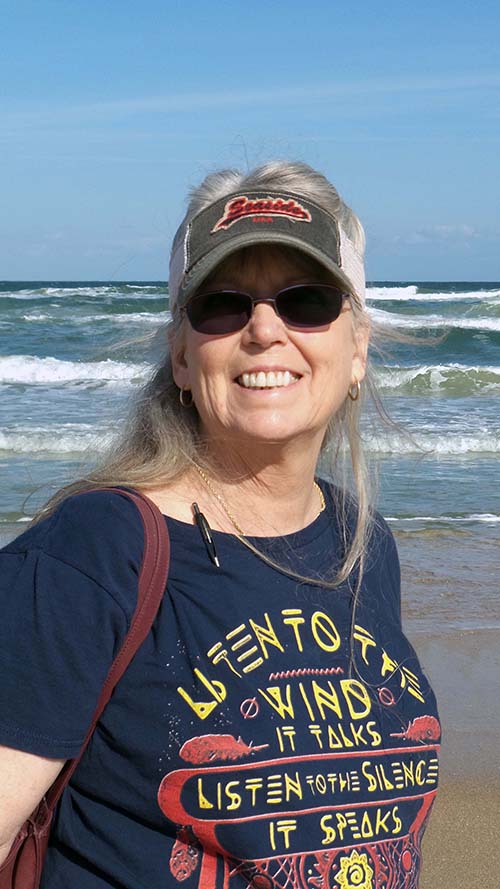 This formation of pelicans flew by overhead and I was able to get a picture of them. I always worry when birds this big fly over me. I mean, they eat a lot, so it stands to reason… 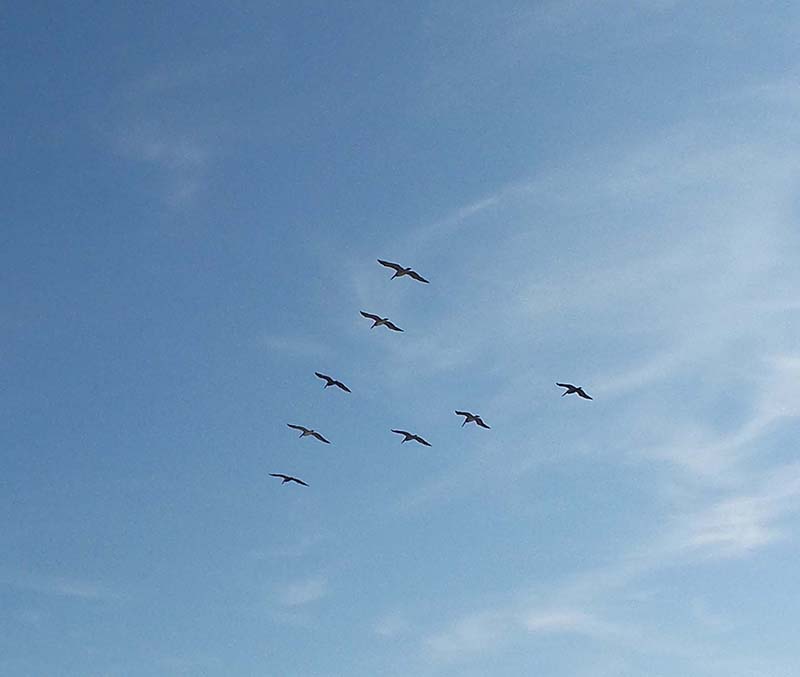 I even held my breath when these two passed over until they were out of range, just in case. 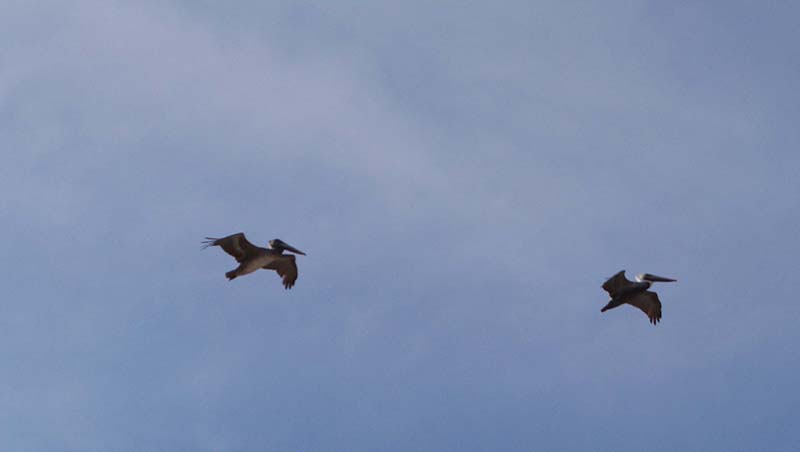 We wandered around on the beach for quite a while, until our stomachs started growling and we decided we had better do something about that. This surf fisherman was trying hard to catch his own dinner, but not having much luck at it. 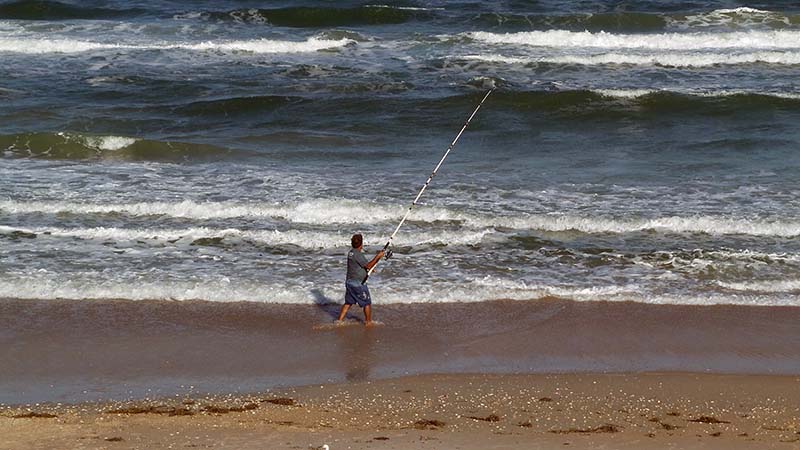 We took the easy way out and went to the New Smyrna Beach Seashack, a restaurant we discovered a while back. As it turned out, it was customer appreciation day, and many of their dishes were half price. That’s a heck of a deal! I had shrimp and French fries, and Terry had cod and fries. And just as it was the first time we ate there, the portions were huge and everything was delicious. This place is definitely on our go back to list!

Congratulations Otto Henderson, winner of our drawing for an audiobook of Point Taken, the tenth book in my friend Ben Rehder’s excellent Blanco County mystery series. We had 87 entries this time around. Stay tuned, a new contest starts soon.

Thought For The Day – I was going to wear my camouflage shirt today, but I couldn’t find it.

8 Responses to “A Beachy Day”