Last year when I wrote in the blog that we were looking for a place to buy in Florida to serve as our winter base and fulltime home if we ever hang up the keys, somebody asked why we would want to live in a place where they have hurricanes. My reply was that everyplace has something, be it tornadoes, earthquakes, or whatever. But tornadoes and earthquakes can come out of nowhere. At least hurricanes have the courtesy to let you know well in advance that they may come calling.


We have been hanging out in the Daytona Beach area, and when the weatherman started talking about Hurricane Matthew possibly heading north, we began monitoring the situation very closely. At first it looked like it would stay out to sea and the most we might get would be some heavy rain. But Monday night they started saying that the storm’s course was changing and it might come up the coast. Terry and I had already decided that if it looked like that was going to happen, we were going to make a run for it and get out of Dodge. Or at least out of Daytona.

When we woke up yesterday morning, the news said the storm’s path had changed and they were announcing a hurricane warning for our area, with expectations that it would hit sometime late Thursday or Friday. That’s all we needed to know. I went to the office at the campground, told them we were leaving, and that we would return when things had stabilized. We had no intention of waiting until the last minute and being stuck in a massive traffic jam as everybody tried to evacuate at once.

While we were getting the motorhome ready to go, a gentleman came by and asked why we were leaving. I told him it was because I didn’t particularly want to ride out a hurricane in an RV. He told me he and his wife have a travel trailer, and that they are paid up until Wednesday of next week, so he was going to stay. I suggest that might not be a good idea, but his response was, “I paid for my site and I’m not leaving.” Well, good luck to you, then.


I thought he was the most unwise person I was going to hear from all day, but I was wrong. Somebody else sent me an email saying they were headed for the Keys because they had a two week reservation at Sunshine Key and did not want to lose their deposit. I’m thinking I’d rather lose a few bucks of a deposit than to lose my life, but that’s just me.

Terry and I were on the road shortly after noon and drove 280 miles west to a Passport America park in Quincy, about 20 miles west of Tallahassee. It’s nothing fancy, just pull through sites in a grassy field with full hookups, but we have good cell service and my satellite dish is working fine, so we can keep track of the weather. We plan to stay here until the coast is clear, then we’ll head back where we came from, assuming that there isn’t a lot of damage in the area and electrical power and water are not impacted.

In one of those small world occurrences that happen more often than you would think, while we were hooking up our utilities here in Quincy a fellow from a motorhome parked next to us came by walking his dog and we chatted for a few minutes. He was wearing a baseball cap indicating he was a retired Army First Sergeant and I thanked him for his service and we talked about the military for a moment or two. As it turns out his name is Jack Wheeldon and we were in the same unit back in the early 1970s when we were both NCOs stationed at the U.S. Military Academy at West Point, New York.


After we were set up and had a little time to catch our breath, Jack and his wife Cindy came over for a visit and we talked about old times, compared notes on different guys we had served with, and talked about some of the crazy things that happened back in the day.

At that time, I ran the rifle range and I wasn’t on the main base every day. But one time when I did go in, my Springer Spaniel took it upon herself to take a dump right in the doorway of his office. He asked what I planned to do about that, and I said I planned to clean it up. His reply was, “Damned right you will” and then said something about wishing us “hillbillies” who spent our time on the rifle ranges would stay out of town. We had a good laugh recalling that incident. It was great to see Jack and Cindy and to renew acquaintances.

Before I close for the day, I want to wish my buddy Greg White a happy birthday. I wish we were there to share the day with you and Jan, but I’m sure you’ll managed to get into some mischief even without my assistance. I love you, brother. 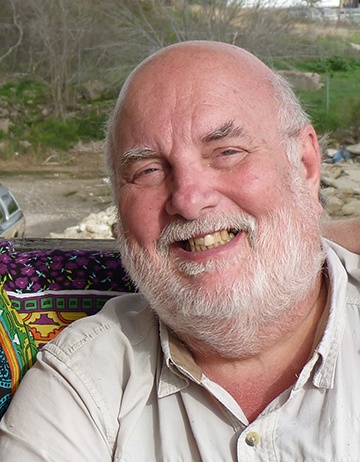 Thought For The Day – Why is the third hand on the watch called the second hand?