Note: This story first appeared in the September-October 2003 issue of the Gypsy Journal.

When he was seven years old, young Jasper Newton Daniel, known to everybody as Jack, was hired out to work with a Lutheran minister in Tennessee. But the young boy’s duties were not to assist in collecting the offering at church services or to sweep out the rectory. Reverend Dan Call owned a successful whiskey still, and the youth found himself making whiskey. This may sound unholy by today’s standards, but in Tennessee in the mid-1800s, whiskey was an important cash crop.


A worthy student, young Jack learned the trade well, and in 1863 when Reverend Call was pressured by his congregation to give up his still, he sold it to his thirteen year old apprentice. Even at that tender age, Jack Daniel was a hard working young man with an acute sense for business. He continued to produce whiskey in a slow and painstaking manner that produced the best results, just as he had been taught by his mentor. While other distillers turned away from the practice of mellowing their product by straining it in hard maple charcoal and then curing it in wooden barrels, Jack believed that the whiskey they produced, while quicker, was not nearly as good. 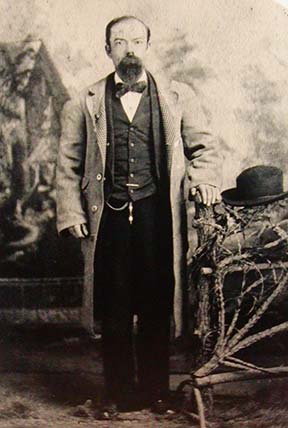 He and his cousin delivered whiskey to southern troops in the Civil War and earned a nice profit. With the war over, and anticipating government taxes, Jack Daniel registered his distillery in 1866, becoming the first registered distillery in the nation, a title the company is still very proud of.


Jack Daniel’s reputation as a distiller grew up right along with the young man himself, and at age 21 he was already a very successful businessman. Every day of his life he wore a knee length black frock coat and broad brimmed planter’s hat. Everyone who knew him, from the workers in his distillery to the townsfolk in his hometown of Lynchburg, Tennessee, referred to him as Mr. Jack.

At the World’s Fair in Saint Louis in 1904, Jack Daniel entered his Old Number 7 Tennessee sipping whiskey in competition with distillers from around the world. His was the only one honored with a gold medal and proclaimed the world’s best whiskey.

Jack Daniel never married, but was popular with many local ladies. Nobody knows why he gave his whiskey the title of Old Number 7, but some believe it was code for one of his many lady friends who was his favorite.

As the company grew, Mr. Jack brought his nephew, Lem Motlow into the business. He passed on to the young man his belief in doing things right, and resisted any suggestions to vary his distilling methods. He had a winning recipe and saw no reason to change anything once it worked. “Every day we make it, we’ll make it the best we can,” was Jack Daniel’s motto.

Jack Daniel had a temper, and he did not like things that did not work when he wanted them to. One day he came into the office before Lem Motlow arrived, and forgot the combination to the office safe and could not get it to open. Frustrated, he gave the cantankerous iron box a solid kick and broke his toe. Infection set in, and the best doctors could not cure it. Eventually Jack Daniel died of gangrene poisoning six years later, in 1911. His grave, in the Lynchburg Cemetery, has two chairs parked beside it. Some say Mr. Jack, always the southern gentleman, ordered the chairs so his many lady admirers would have a comfortable place to sit when they came to visit him.


He willed the distillery to his nephew, Lem Motlow, who continued making whiskey as Mr. Jack had always done. Today, Jack Daniel’s whiskey is one of the best known brands in the world and continues to be an industry leader.

Visitors can take a tour of the Jack Daniel’s Distillery in Lynchburg, located about 40 miles south of Murfreesboro. The distillery is open daily except for holidays and the tours are free. 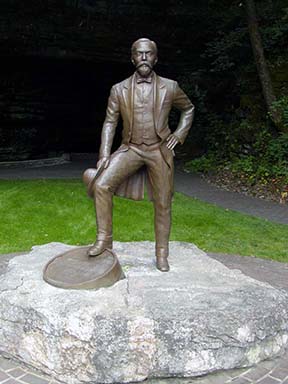 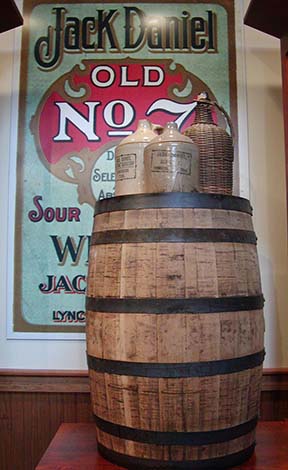 Tour guides lead small groups of visitors through the distillery, pausing at the old cabin that served as the company’s first office. Here sits the safe that was Jack Daniel’s downfall. Be careful not to kick it! 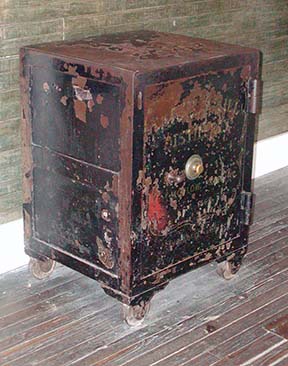 Nearby is the opening to the underground spring that supplies the pure water that goes into making fine whiskey. It is amazing how, even on a hot summer day, the temperature drops dramatically when you approach the mouth of the spring.

The stills, mixing and cooling vats, and storage facilities are important stops on the tour, and the guides explain every step of the whiskey making process along the way. Once finished, the whiskey is stored in wooden barrels in a warehouse until it is ready to be bottled. 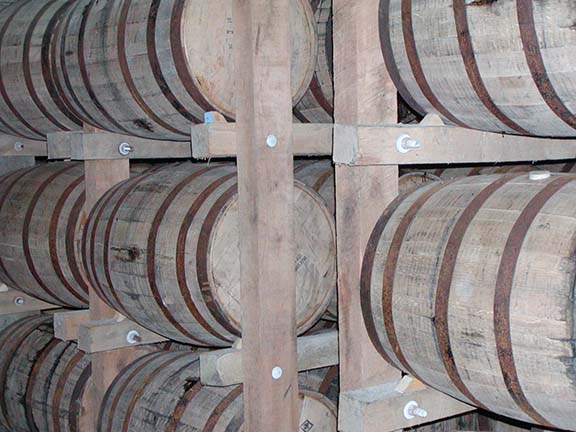 The final step in the process is the bottling plant. Jack Daniel’s whiskey has been bottled in distinctive square bottles since 1895, and the tradition continues today. In the bottling room is a special display of whiskey bottles available to customers who wish to purchase their own private barrel of Jack Daniel’s specially blended sipping whiskey. For a mere $10,000 you too can impress your friends and drinking buddies! 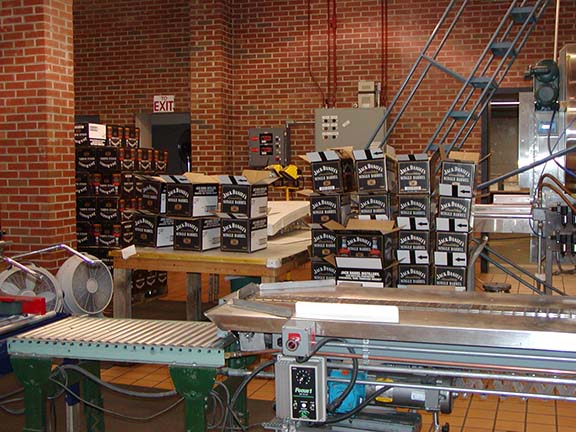 The tour ends at the White Rabbit Saloon, where visitors are treated to a free glass of delicious lemonade, and refills are free. A nice gift shop sells souvenirs, including special commemorative bottles of Jack Daniel’s whiskey. It is the only place in the dry county where you can legally buy liquor. 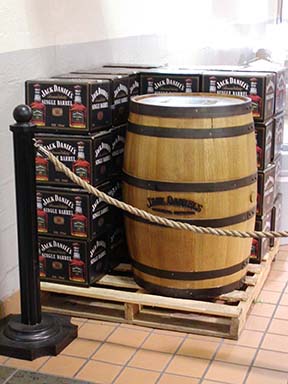 Congratulations Nancy Beck, winner of our drawing for an audiobook of Capitol Offense, the second book in my pal George Wier’s Bill Travis mystery series. We had 82 entries this time around. Stay tuned, a new contest starts soon.

Thought For The Day – A computer once beat me at chess, but it was no match for me at kick boxing.

One Response to “Making Whiskey In Tennessee”