Nick's Blog » I Gregged It

Google is a wonderful resource. You can find anything there. Need a recipe for sourdough bread? Just Google it! Trying to figure out how to set the points in a ’66 Pontiac Bonneville? Google it! Can’t remember the name of that obscure actor who drove the bus in some 1960s sitcom? Just Google it! Anything you could ever need to know, or need to know how to do, is somewhere out in the World Wide Web, and Google will tell you all about it. Just ask.


I’ve used Google for everything from research on my books (Lord, I hope nobody ever looks at my browsing history and thinks I’m a serial killer!) to checking out the places where we plan to travel to in our motorhome. And it never lets me down.

However, when I need to figure out how to fix something, I don’t Google it. I Greg it. Google’s great, but I’m pretty sure when they can’t figure out the answer to something, they call my buddy Greg White so he can set them straight. I just avoid the middleman and go directly to Greg.

I did that yesterday. Tuesday night when we started to take our showers, we didn’t have any hot water. The water heater in our motorhome works on both gas and electric, and when we are in an RV park we usually run it off electric, which we have been doing. After checking the circuit breakers and still not getting the electric side of things to come on, we switched to gas. No luck there, either.

I had an idea of what the problem was, so yesterday I called Greg to confirm it. In fact, it’s kind of how we got to be buddies. Years ago after one of our Gypsy Journal rallies we were at Elkhart Campground in Indiana and the same thing happened.

It was a cold, rainy October weekend day, and after opening the bay door to confirm that the water heater was indeed still there, I remembered Greg’s pretty wife Jan saying at the rally that he was a pretty handy guy to have around and that he could fix anything. So I went over and knocked on his door and asked for help.

I’m sure there has been at least a thousand times since when Greg has asked Jan why the hell she didn’t just keep her mouth closed, and himself why the hell he didn’t just start his American Eagle’s engine and run over me as he drove away. But he didn’t. Instead he spent a couple of hours standing in ankle deep rainwater figuring out what was wrong with our water heater.


In that case, it was the thermal cutoff switch, and Greg showed me how to use a piece of wire to jump it until we could get a replacement the next Monday morning. I suspected that was a problem this time, too, and I found an extra one (they come two to a pack and I still had the second one from all those years ago), so I called Greg and he explained to me how to test it with an ohmmeter. 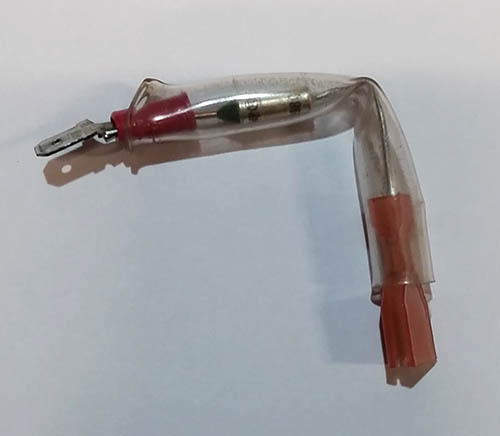 This one checked out fine, but then the problem was that the female connection on one end didn’t want to fit onto the male connector on the water heater. It was too loose and would not give me a good connection, which resulted in the water heater firing and then going back off. I fiddled with it and tried to crimp it closed, and in the process got it too tight, and then it wouldn’t fit at all.

Since Greg is gate guarding someplace way out in Texas, I was pretty sure he wouldn’t drive all the way to Florida to fix it for me, so obviously history doesn’t always repeat itself. No problem, I have other resources. I gave up and let Miss Terry fix the darn thing. And now we have hot water! She’s my hero.

Well, at least we have hot water on the gas side of things. The electric still isn’t working. I don’t believe in coincidences but Greg thinks it’s just a coincidence that both the electric and gas had separate problems and stopped working at the same time. Who am I to question his wisdom?

Oh, and did I mention that the leak in the PVC connections in the water heater bay is leaking again, like it did two years ago when we were at the Thousand Trails campground in Florence, Oregon? I don’t have to Google or Greg that problem, I think I already know what’s going on. I think the motorhome is pissed off because we bought a house and won’t be living in it fulltime anymore, and it is letting us know exactly how it feels about things. What do you think?

It’s Thursday, which means it’s time for a new Free Drawing. This week’s prize is an audiobook of Dog’s Run, my mystery set in a small Midwestern town in 1951.To enter, all you have to do is click on this Free Drawing link or the tab at the top of this page and enter your name in the comments section at the bottom of that page (not this one). Only one entry per person per drawing please, and you must enter with your real name. To prevent spam or multiple entries, the names of cartoon or movie characters are not allowed. The winner will be drawn Sunday evening. 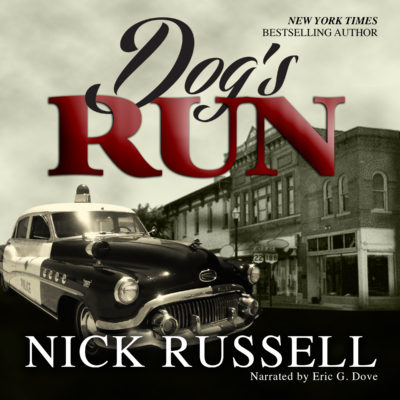 Thought For The Day – I’m not old, my body is just very lived in.

4 Responses to “I Gregged It”