Note: The story first appeared in the May-June, 2013 issue of the Gypsy Journal.


When people think of World War II, most see images of European battlefields or the blood drenched sand of some South Pacific atoll. But the conflict was truly a World War, touching every corner of the globe and every community in America in some way. There were few towns that didn’t see many of their sons go off to war, and the massive home front effort to win the war stretched from big cities to small villages and everywhere in between. People planted Victory gardens, held scrap drives, and bought war bonds. Whatever it took to help defeat the enemy.

Not much happens in Aliceville, Alabama, a sleepy little southern town 45 miles west of Tuscaloosa. It’s almost the kind of town where a dog could take an afternoon nap in the middle of Main Street and not be disturbed. But things weren’t always so quiet around there. In fact, back in 1942 they got downright busy!


The war was raging, and suddenly surveyors were marking off some land outside of town for a hush hush project. But it didn’t remain secret very long. A prisoner-of-war camp was coming to town! Soon a massive building project was pumping up to $75,000 a week into the local economy and jobs, often scarce, were easy to find. 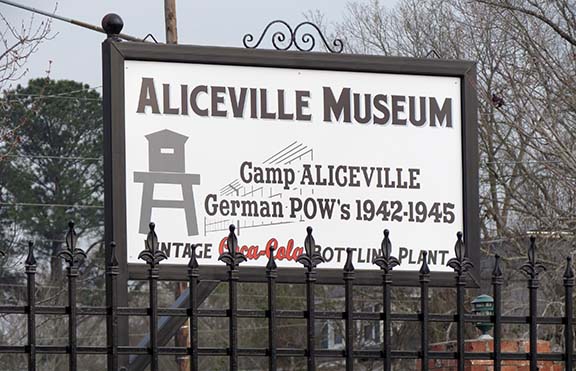 During World War II, 425,000 Axis soldiers were interned in 700 POW camps in the United States, and one of the largest camps was at Aliceville.

When it was activated on December 12, 1942, Camp Aliceville boasted administrative and support buildings, and 400 frame barracks that would house 6,000 prisoners, as well as a thousand American military personnel and civilian employees. Among the facilities were mess halls, bakeries, chapels, workshops, a greenhouse, hospital, and theaters. A barbed wire fence and guard towers encircled the camp. 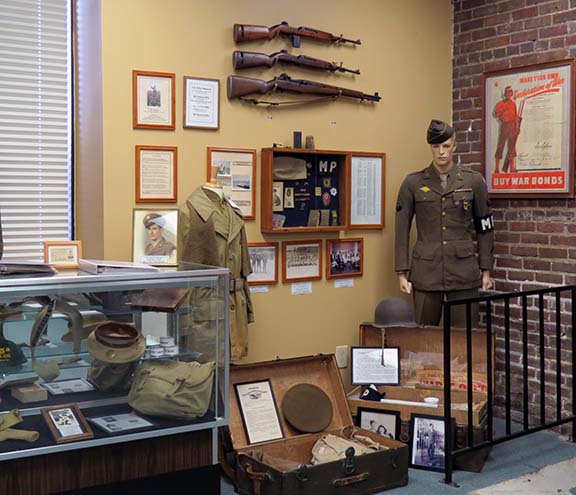 Except for a small staff, the camp sat empty for the first five months. Then, on June 2, 1943, the first 500 prisoners arrived, battered and bruised members of German Field Marshall Erwin Rommel’s Afrika Korps. The townsfolk had expected dangerous jackbooted enemy soldiers, but what stepped down from the transport trains were gaunt, hungry, dazed men, many still wearing bandages from wounds suffered in battle in North Africa. Within a week, the prisoner-of-war camp held over 3,000 men and before the war ended, thousands more would arrive.


Once the local people got used to the idea of a POW camp just outside of town, they welcomed it. Even after it was built, Camp Aliceville continued to support the local economy. Guards and civilian employees shopped in the town’s stores, ate in its restaurants, and the camp provided plenty of jobs.

But things weren’t so rosy inside the camp’s perimeter fence. An outbreak of diphtheria caused many deaths, other prisoners died from their wounds, and then there were the murders.

While only about 10% of the POWs were hard corps Nazis, they were a vicious minority. They formed their own secret police unit that terrorized any prisoner they suspected of being unfaithful to Adolph Hitler, beating them with socks filled with gravel, stabbing them with kitchen utensils smuggled out of the mess hall, and even strangling them in their sleep.

A new commander, Colonel R. S. Grier, arrived and quickly started to take control of the situation, segregating the troublemakers, putting them on bread and water rations, and punishing any transgressions. The worst were reassigned to other camps.

Eventually things settled down and Camp Aliceville became a rather nice place to be if you were a POW. Though wary of one another at first, most of the guards and POWs eventually came to respect, and even like each other in some cases.

That’s not to suggest that incidents didn’t happen. A few prisoners attempted escape, but all were caught within a day or so. Two were killed by guards while attempting to escape, though one document claims that one of those deaths was no more than murder at the hands of a guard who had lost a brother to the Germans in battle and wanted revenge. The guard was never prosecuted for the shooting, but he was discharged from the Army.

But most of the prisoners were more than happy to be away from the war, well fed, and safe. Never an idle people, the Germans filled their spare time improving the camp by painting their barracks, planting grass and shrubs, and decorating the grounds with mosaics they made from flowers and pebbles. 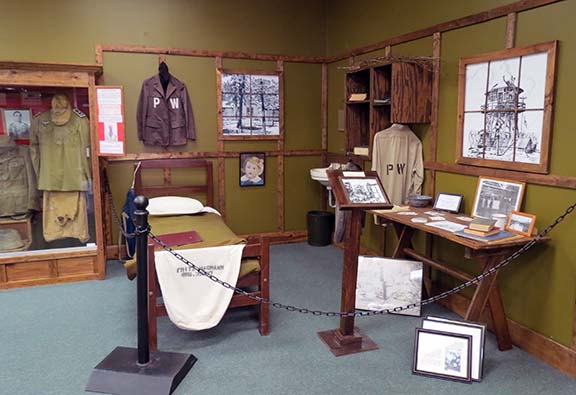 The POWs all loved music and they formed a symphony, a string quartet, several small bands, six glee clubs, a dance orchestra, and a choir for the Protestant services. They could also attend daily classes on subjects from science and anatomy, to foreign languages, and trades like welding and blacksmithing. Most of the instructors were fellow POWs who had been teachers or professors before the war, or were skilled craftsmen.

The Geneva Convention dictated that enlisted men prisoners receive an allowance of ten cents a day, while POW officers were paid anywhere from $20 to $40 a month, depending on their rank in the German army. In addition, many prisoners were allowed to work outside the camp, to help alleviate the manpower shortage created by the war. Prisoners worked at a variety of jobs that ranged from harvesting local crops to cutting timber. They were paid an additional eighty cents per day for their labor, all wages in the form of canteen coupons that they could use to buy cigarettes and candy, personal grooming items, stationary, books, and magazines.

When Germany surrendered on May 7, 1945, it took some effort to convince many of the prisoners at the camp that they had lost the war. They soon realized it was true as camp deactivation plans were quickly put into effect. Many prisoners were moved to other camps to begin the process of repatriating them and the camp was officially deactivated on September 30, 1945.

Within weeks after the last prisoners had departed, Camp Aliceville’s staff was transferred to new assignments and left. Dismantling the camp continued into 1947, but before long, little remained of the once busy facility. Today all there is to remind visitors of what was once at the site is a historical marker, a brick and stone chimney from the enlisted men’s club, and a few foundations in an empty field just outside town. 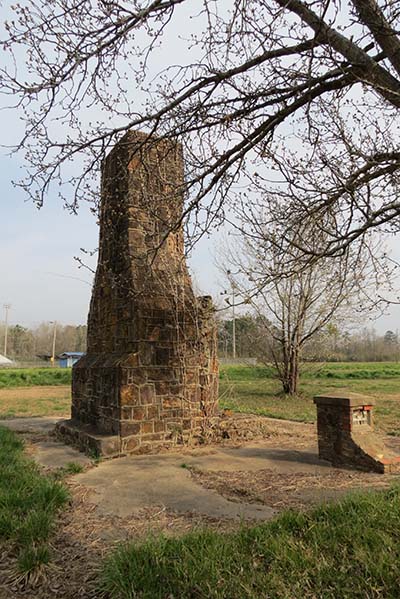 An exhibit at the Aliceville Museum, located at 104 Broad Street, tells the story of Camp Aliceville and the men interred there. Items on display include a wooden xylophone made by a prisoner, artwork created by prisoners, weapons and uniforms used by the guards, Nazi war souvenirs, newspapers and photographs, and a re-created POW barracks. A fourteen-minute documentary film about the camp includes interviews from former POWs, military guards, and civilian employees. 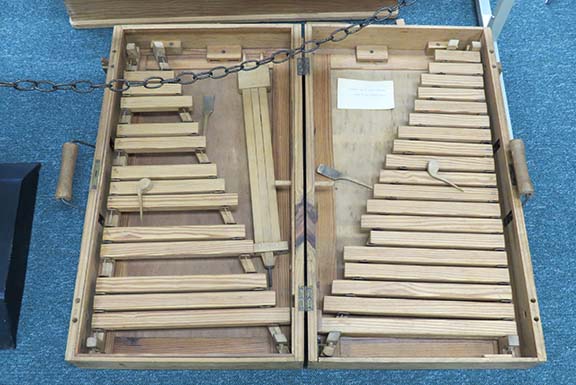 Housed in a former Coca Cola bottling plant, the museum also includes local history items and equipment from the Coca Cola plant. The museum is located in town and the former POW camp is a couple of miles outside of town near the high school football stadium. Parking for large RV would be difficult at the old POW camp, but there should be no problem leaving your RV on a side street in town and driving to the camp in your tow vehicle or dinghy. For more information, call the Aliceville Museum at (205) 373-2363.

Thought For The Day – It’s not enough to be proud of your ancestry, live up to it.