Nick's Blog » A Near Miss

We left the Beaver Lake Campground in Quincy, Florida a little before 10 a.m. yesterday for the 280 mile trip back to the Daytona Beach RV Resort in Port Orange. The trip would not be uneventful.


When people ask me about safety in an RV, I always tell them that you are much more likely to be taken out by some kid texting or a drunk driver then being the victim of a violent crime. I should have added other RVers.

We were eastbound on Interstate 10 and coming up on the exit to Interstate 75. I was in the right lane rolling along at 62 miles per hour when an idiot behind me pulling a fifth wheel changed lanes and came up beside me in the left lane.


As the front of his truck went past the front of our motorhome he spotted the exit and moved right into our lane to get to it. I had to go off onto the shoulder and I think we came very close to going onto the grass on the edge of the shoulder, but I managed to avoid a collision. But that 40 foot Winnebago sure did some rocking and rolling before I got it straightened out! Meanwhile the jerk shot down the exit and went on his way. The next time he stops at a dump station, I hope his sewer hose bursts!

With that adventure out of the way, we continued on to the I-295 loop on the west side of the Jacksonville metro area. As soon as we were headed south I began to notice the crosswind, which bounced us around for the final hundred miles or so. By the time we got to the campground I was more than ready to park the rig for a while.

For that last hundred miles we saw a lot of evidence of Hurricane Matthew’s power. Lots of downed trees alongside the highway, billboards there were flattened or had their signs stripped off, and a number of highway signs knocked over.


Compared to other nearby places, the RV park fared well. They lost a couple of trees, there were quite a few limbs down, and piles of debris raked up and waiting to be removed. 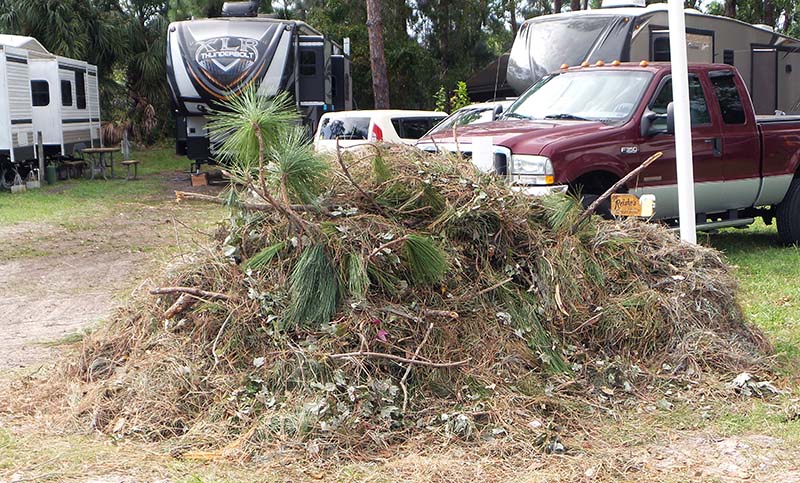 This travel trailer lost an awning or E-Z-Up, I’m not sure which, and one of the workers here said a fifth wheel got nicked by a falling limb, but that was about it. 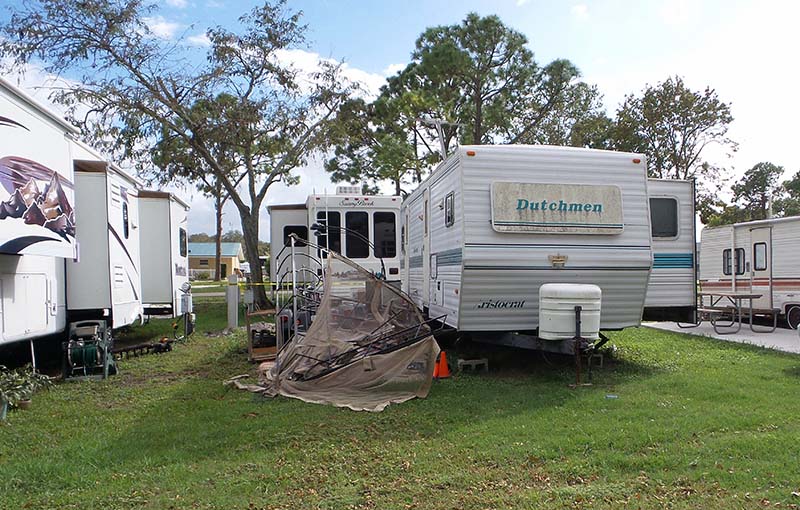 A nearby mobile home community wasn’t quite so lucky. Lots of piles of twisted aluminum and tin from carports was piled up at the curb. 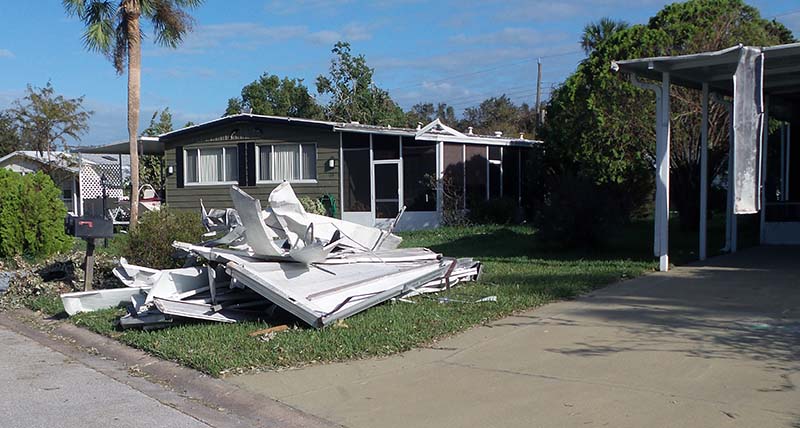 And the whole front wall was gone from this one. 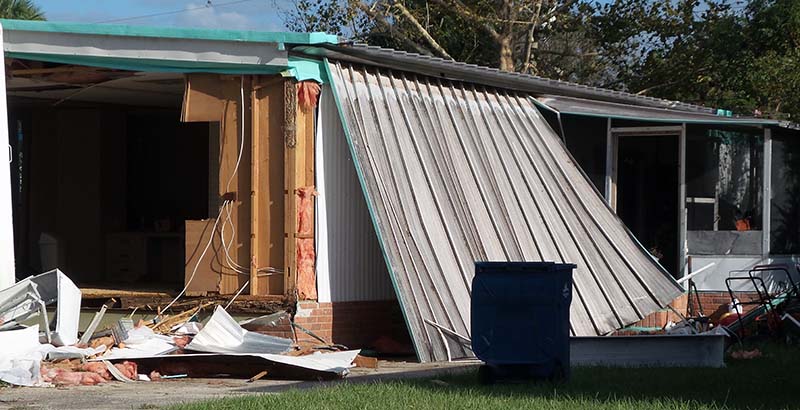 Yet, there were others with no damage at all. Life really is a crapshoot. What causes one place to be trashed and the one next door or across the street to come through without a scratch?

Thought For The Day – I like long walks, especially when they’re taken by people who annoy me.

3 Responses to “A Near Miss”