Nick's Blog » Smoke Gets In Your Eyes

It’s been a busy weekend here at Elkhart Campground. The IRV2 rally is going on this week and the place is packed. I wanted to give them some door prizes for the rally, but I wasn’t able to find anybody who knew who was in charge of anything. I’ll probably go to the office today and see if Bob and Gita can point me in the right direction. We are kind of burned out on RV rallies, so even though I belong to IRV2, we’re not taking part in the rally.


But that doesn’t mean we’ve been bored. Not at all. I was in writing mode again yesterday and by the end of the day I had knocked out another 8,150 words in my new Big Lake novel. It’s moving right along.

And of course, Miss Terry never let’s any grass grow under her feet. She finished getting her new weaving project set up on her loom yesterday and she’s ready to start on the actual weaving today.


She also made a delicious roast chicken dinner, along with mashed potatoes, gravy, and side dishes. She’s not a fan of the microwave/convection oven that came in our Winnebago as standard equipment, but Terry absolutely loves her Breville convection/toaster oven and uses it for everything from making last night’s dinner to baking pies, cakes, cookies, and pizza, among other things. I think if the motorhome ever caught on fire and it came down to saving me or the Breville, this little fat boy’s gonna be on his own! 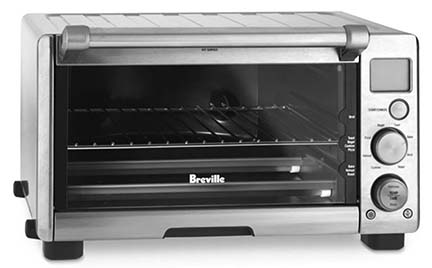 Things have cooled down quite a bit and it was a beautiful day yesterday. A nice change from the upper 80s that we’ve been experiencing, and we had the windows open enjoying the weather and fresh air. Well, we did until we started gagging on the heavy cigarette and cigar smoke from our neighbors. I guess they smoke outside so they won’t stink up their rig. How nice of them.

Somebody asked if we were going to be watching any of the 9/11 coverage on television. No, we remember it very well already. When the twin towers fell we were in Traverse City, Michigan, where Terry was recovering from stage four cancer. It was a dark time in our lives for more than one reason.


I’m not sure what’s on the agenda today. Probably more of the same, though I’m starting to get cabin fever and may need to sneak out, at least for a little while. There’s a pontoon boat dealer nearby and I may wander over there just to drool. Terry says I spoil her by letting her get all the yarn and weaving supplies she wants, but she doesn’t know that this is all part of my master plan. Because if we ever do buy a winter base somewhere down in Florida, getting a boat is at the top of my list of things to do. So she’d better get all the yarn she can now, because there won’t be any left when that happens. We all know that a boat is a hole in the water that you throw money into.

Congratulations, Dinah Rogers, winner of our drawing for an audiobook of Mountain Angel by my friend Suzie O’Connell. We had 46 entries this time around, Stay tuned, a new contest starts soon.

Thought For The Day – My wife got 8 out of 10 on her driver’s test … the other two guys managed to jump out of her way.

One Response to “Smoke Gets In Your Eyes”