Terry and I are history buffs and we always enjoy exploring small town museums. We’ve seen some interesting ones in our travels from coast to coast, and yesterday we visited one of the best local history museums we’ve seen anywhere


The La Porte County Historical Society Museum in La Porte, Indiana has three floors of impressive displays, everything from the requisite uniforms worn by local veterans to a replica of a one room school, and displays of old farm implements. But that’s only the start.

There are several neat antique cars on the main floor, along with a re-creation of a downtown La Porte street scene from decades ago. 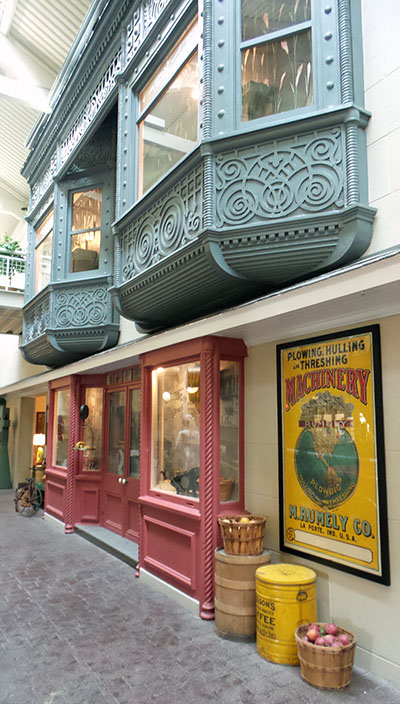 Fourteen “period room” displays depict different times in history, including an authentic pioneer log cabin, a Victorian parlor, a 1920s kitchen, and a mid-century living room. Terry and I could relate to a lot of what we saw in that exhibit, including a couch like her parents used to have, and a HiFi stereo. There is also a general store, doctor’s office, music room, old-fashioned business office, and dentist office. 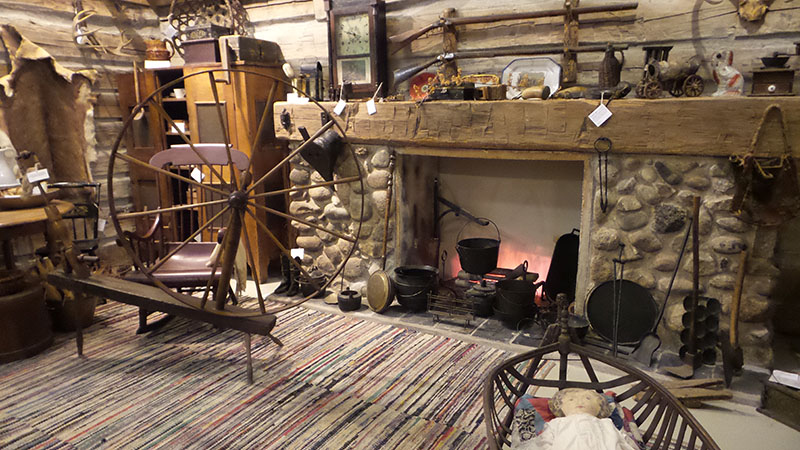 Downstairs, displays in the basement include a Civil War exhibit, the impressive Kesling automobile collection that includes this one of a kind Yare electric car. 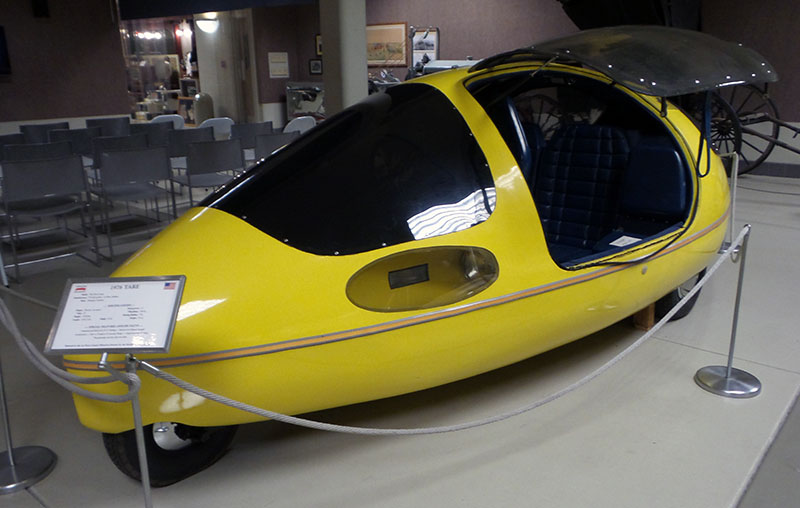 There is a gruesome exhibit about Belle Gunness, a serial killer who would lure men to her farm with lonely hearts ads in newspapers and then murder them. Nobody knows for sure how many victims the lethal lady had, but it was the stuff of movies and lurid fiction come to life.


The second floor of the museum has even more cars from the Kesling collection, including a DeLorean, a rare 1948 Tucker Torpedo, number 12 of 50 ever produced, and beautiful automobiles produced by Cord and Auburn, to name just a few.

When I showed Terry this car, at first she couldn’t figure out what was different about it except for the silly slogans painted all over the body. 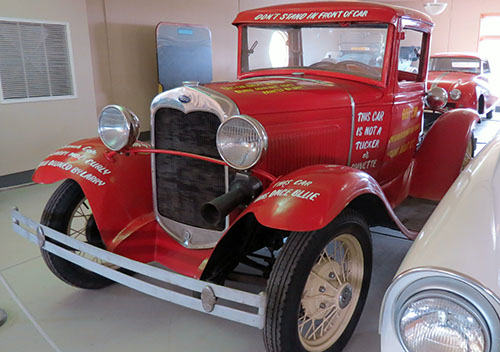 Then I took her around for a side view. If you have trouble backing up, or just don’t know where you’re going, this might be the car for you! 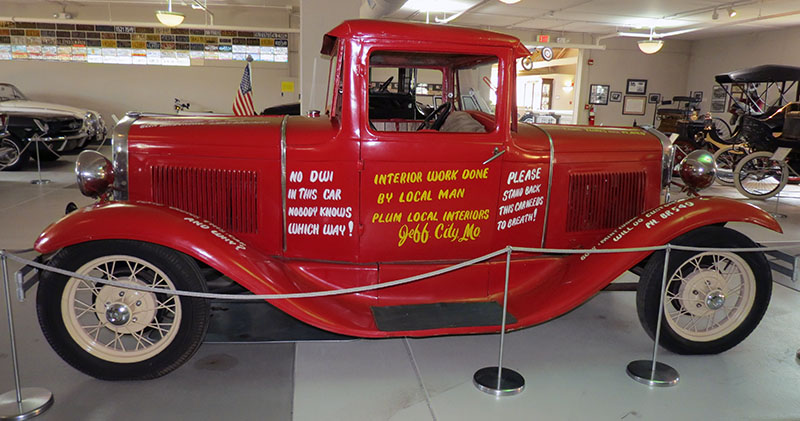 There is a lot more to see in the museum and we will have a feature story on it in the next issue of the Gypsy Journal. If you’re anywhere in northern Indiana or Illinois, it’s well worth a trip to La Porte to see.


The mystery author and historian in me found the Belle Gunness story fascinating, so after we left the museum we drove to Pine Lake Cemetery in La Porte, where a memorial honors the unknown victims of the murderess. The cemetery office was already closed for the day and it’s a big place, so I wasn’t sure we would be able to find the memorial. But off in the distance Terry spotted a groundskeeper’s truck and suggested we ask him. And sure enough, he was able to tell us where to look! In fact, it was only a little way down the road from where he was working. 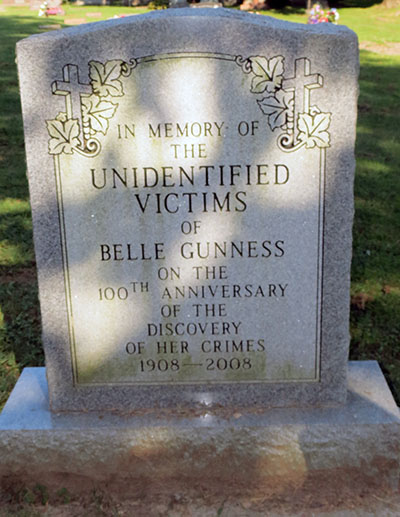 From there we drove to Patton Cemetery, where several of the murder victims are buried. Again it’s a huge place, and with no idea where to look, I wasn’t very optimistic. I don’t know why, I had Terry with me. We were driving down one of the roads in the cemetery and she said, “There it is!” And sure enough, she had spotted the headstone we were looking for. I plan to do a feature story on Belle Gunness in a future issue of the Gypsy Journal, as well.

Once we took some photos, I pulled out my smart phone and opened the Geocaching app, and there was a cache just a couple hundred feet away. We got very close to it, but then were attacked by swarms of mosquitoes. I don’t think I’ve ever seen so many of the bloodthirsty little buggers in one place. We made a beeline back to the Explorer, but by the time we got inside at least a dozen of them had followed us in! We were slapping and killing them all the way back to Mishawaka!

We stopped for dinner in Mishawaka and got home a little after 8 PM, worn out from our long day of exploring, but with all kinds of new things added to our memory bank.

Thought For The Day – There may be no excuse for laziness, but I’m still looking.