Nick's Blog » There Are Benefits

Let’s be honest, when it comes to friends, I’m pretty high maintenance. Especially if you know anything about maintaining anything mechanical. Just ask my buddy Greg White.


Years ago his wife Jan mentioned that he could fix just about anything, and 24 hours later I had him standing in a pool of cold water on a rainy October morning in northern Indiana working on my Winnebago’s water heater. Since then he has worked on my batteries, electric relays, washing machine, plumbing, and black water tank, to name just a few. Oh, and he fixes computers, too! 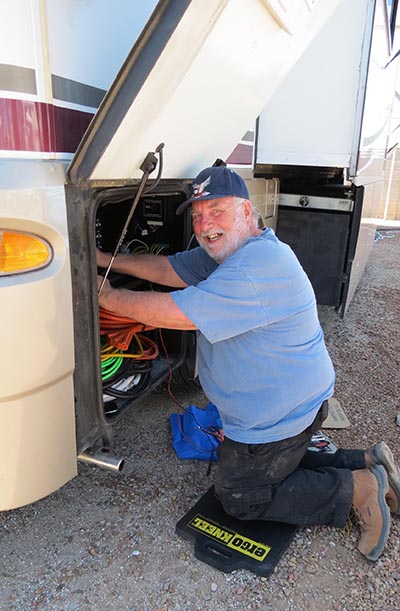 But it’s not just Greg. Ask my buddy Butch Williams, or Ron Speidel, or Charles Yust, or John Huggins. At one time or another they’ve all spent time working on something I broke, or else fixing it before I had a chance to break it further. And those are just the guys I can think of off the top of my head. There have been others. Many others.


But there are benefits to being my friend, too, and the best benefit of all is that then you get to know Miss Terry. And if you’re really, really lucky, you’ll even get a chance to sample some of her wonderful cooking or baking. Check out this apple pie she made yesterday for our friends Bob and Gita Patel and their family, owners of Elkhart Campground. Trust me, something this delicious is worth spending a lot of hours bending wrenches! 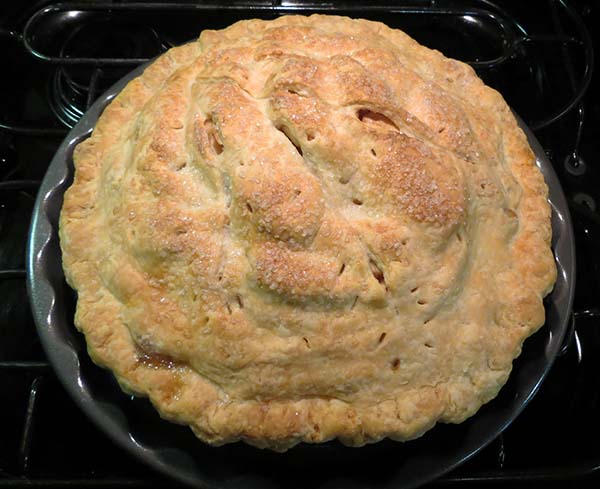 While Terry was busy with that I was writing, and I managed to get another 6500 words or so done in my new book. Of course, those darned characters had a mind of their own and they wound up killing somebody. I sure didn’t see that coming. It’s a dangerous crowd that hangs out inside my head.


Speaking of dangerous people, folks at Zuni Village RV Park in Kingman, Arizona had no idea they were living next door to a deranged bomb maker until the police came knocking on their doors recently and told them to evacuate the area. Apparently a fellow named Glenn Jones, who had recently set off two bombs in Nevada before committing suicide, had been living at the Kingman RV park. When police got inside his RV, the bomb squad found and detonated several homemade explosive devices and removed 40 pounds of bomb making material. You can read more about the incident at the RV Life website. And here I am complaining about the yappy dogs in the rig next door to me!

This just goes to show that while most RVers are wonderful people, you just never know. Nobody has to pass a background check or a psychological screening to buy an RV. That nice old man in the motorhome next door might be an ax murderer for all you know. Then again, he may just want you to fix something for him, and his wife will bake you some goodies in return!

Thought For The Day – It’s better to have your heart broken once by walking away than to stay and have it broken over and over again.

3 Responses to “There Are Benefits”