When we arrived at Elkhart Campground in early June we were told that a big RV rally was scheduled for the third week of August and the entire place was sold out. That wasn’t a problem for us because whenever were in this part of the country we always come up to Muskegon, Michigan to spend time with my cousin Berni Frees and her husband Rocky.


So we left Elkhart on Sunday for the 140 mile trip, an easy run here to Fisherman’s Landing, a city-owned campground and marina where we have stayed many times before. We were able to get two days under Passport America, and the rest of the week was at their full rate of $35 a night. That got us a 50 amp site with water, and the campground has a dump station. That’s a bit more money than we usually spend on a campsite, but location is everything, and it’s only about a five minute drive from Rocky and Berni’s apartment. 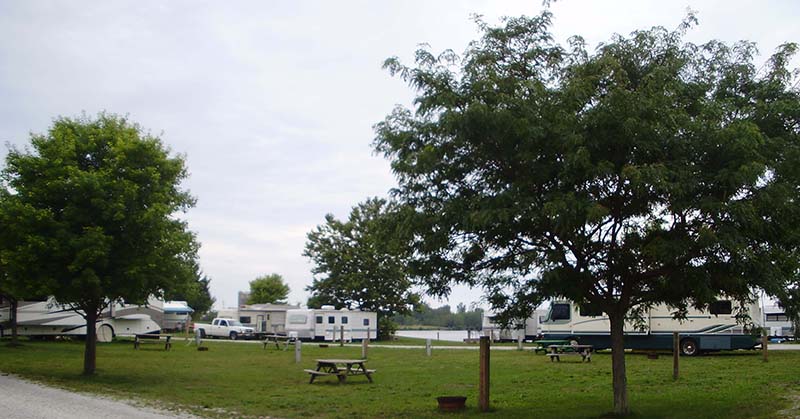 The campground has both waterfront and interior sites, and it’s a popular place on weekends. The rest of the week it’s not very crowded.

We love spending time with them and always have a good time together. This trip has been no exception. Sunday they came over, along with Berni’s brother Gary, as soon as we were settled in, and we all went out to a Chinese buffet. We’ve eaten there in the past and it was okay, but not great. However, things seem to have gone downhill and we all agree that it was probably our last time to eat there. Back at their apartment we played Mexican Train and shared a lot of laughs before we got tired from getting up early two days in a row and called it a night.


Yesterday Miss Terry made a delicious chocolate cake with chocolate butter cream frosting, which we took over to their place. Rocky grilled some cheeseburgers, and everything was wonderful.

When we leave here we plan to go back to Elkhart until after the Labor Day holiday, then we’ll set out on our fall/winter travels.

Rocky had mentioned a movie they had seen called The Finest Hours, about a Coast Guard crew who went out to sea in a terrible storm to rescue the crew of a sinking oil tanker, and we said we would like to see it. So Rocky rented it again, and if you have not seen this film, which is based on a true story, do yourself a favor and get it. It’s an excellent movie that will keep you on the edge of your seat.


Yesterday afternoon I released my newest mystery novel, Stillborn Armadillos. It’s the first in my new John Lee Quarrels mystery/thriller series, and it already has its first five-star review. It’s available now in the Amazon Kindle store and on iBooks, and it should be out on all other e-book venues soon. 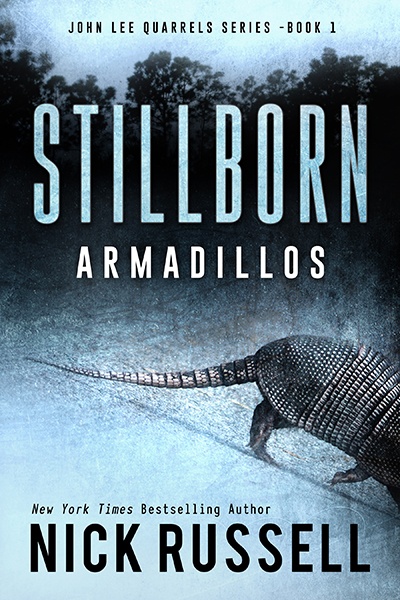 This is my fourth book this year and I hope to get out one or two more by the end of the year. I appreciate everybody who buys my books, tells their family and friends about them, and leaves reviews. You guys are great.

Thought For The Day – There’s a fine line between cuddling and holding someone down so they can’t get away.

6 Responses to “Moved To Muskegon”