We spent a couple of hours Monday evening watching the old 1955 movie The Long Gray Line, starring Tyrone Power and Maureen O’Hara. It’s the story of Martin ‘Marty’ Maher, who is a legend at the United States Military Academy at West Point.


Maher was an Irishman who immigrated to America in 1898 and found work as a waiter at West Point. He later enlisted in the Army and remained at the Military Academy until he retired from the Army in 1928 after nearly 30 years of service. During that time he served in various capacities, including as an athletic and swimming instructor.

He was beloved by generations of cadets, so much so that he was named an Honorary Graduate of three different classes, the Class of 1912, 1926, and 1928.

He was instrumental in helping train the Class of 1915, known as “The Class the Stars Fell On.” Among the 164 graduates of the Class of 1915, an amazing 59 of them rose through the ranks to become generals. Two members of the class would go on to earn the rank of 5 star General of the Army; Omar Bradley and Dwight D. Eisenhower, with Eisenhower later becoming President of the United States.


But Marty Maher wasn’t ready to leave the Gothic fortress on the bank of the Hudson River, and after retiring from the Army he became a civilian employee and put in another 20 years before retiring a second time. In total, Maher spent more than fifty years at West Point!

And he never left. When Marty Maher died, in 1961, he was buried at the West Point Cemetery, the final resting place of such luminaries as Winfield Scott, George Armstrong Custer, and William Westmorland. 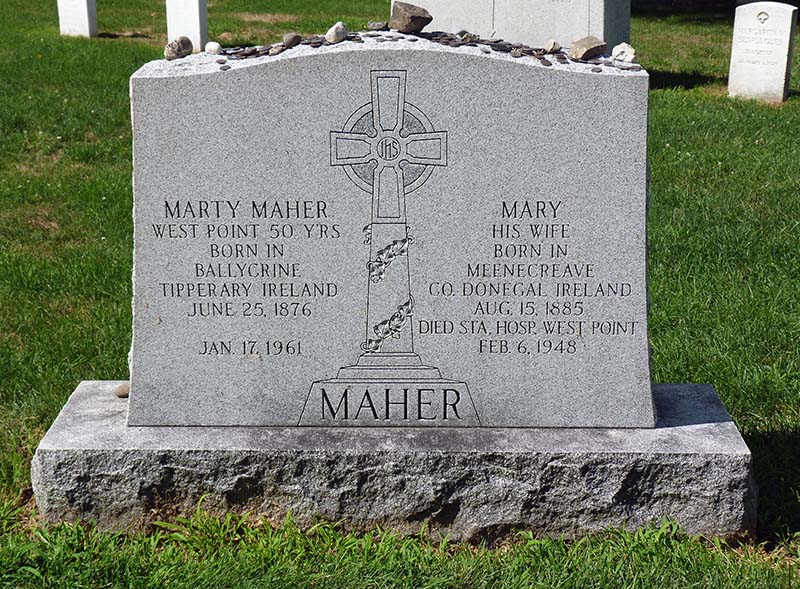 The Long Gray Line was one of the first movies I ever remember watching. Even then as a little kid, I was fascinated by the beauty of the Academy, with it’s beautiful granite buildings and long traditions, and made up my mind that someday I was going to go there and see it myself. 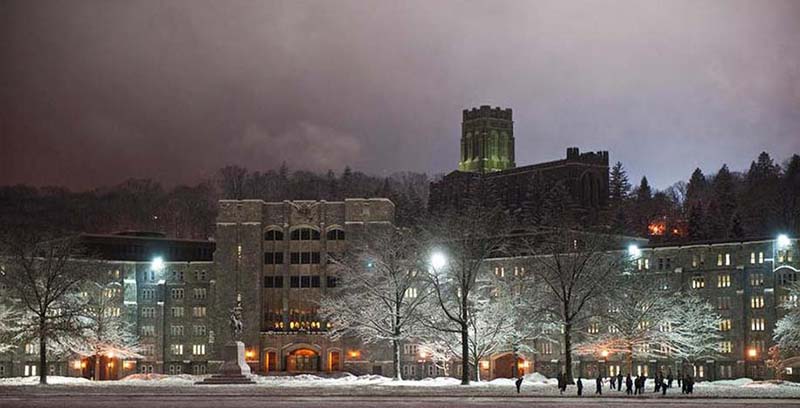 Of course, I had no idea that one day I would actually be a young soldier assigned to West Point and have the opportunity to help train cadets there myself. And it was everything I expected and much more. You can literally feel the history when you walk the same hallowed ground that so many American heroes have. If I could have stayed there throughout my career like Marty Maher did, I would have made a career of the Army.


I’ve been back to the Military Academy a couple of times over the years, and it always feels like I’m coming home. If you ever get the opportunity to visit, do so. You will come away with a whole new perspective on the young men and women who are training to become tomorrow’s military leaders.

Thought For The Day – I changed all of my passwords to “incorrect” so whenever I forget it the computer will say, “Your password is incorrect.”

6 Responses to “The Long Gray Line”