Note: This story appeared in the January-February 2012 issue of the Gypsy Journal.

Ever since it was formed by glaciers eons ago, the St. Marys River system has played an important role in the history and development of the region we now know as Michigan’s Upper Peninsula.


The river, which forms part of the international border separating Michigan from Ontario, Canada begins in Lake Superior’s Whitefish Bay, and winds its way 75 miles southeast into Lake Huron. Throughout history, the river has provided passage to Indians, explorers, fur traders, loggers, and commercial shipping, and helped shape the lives and culture of the people who have lived on or near its shores. 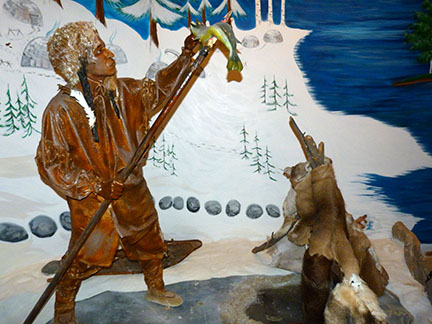 The small but interesting River of History Museum in Sault Ste. Marie, Michigan tells the story of that river and those people.


Laid out in chronological order, the museum’s galleries display exhibits of local artifacts and information about the region. With the aid of a self-monitored audio presentation, visitors learn about the Anishnabe, the ancestors of Chippewa Indians, who gathered along the river’s banks to fish over 2,000 years ago; the French missionaries who explored the region in the 1600s, among them the legendary Jesuit missionary and explorer Fr. Jacques Marquette; and the fur traders who brought European-style civilization to this wild land. 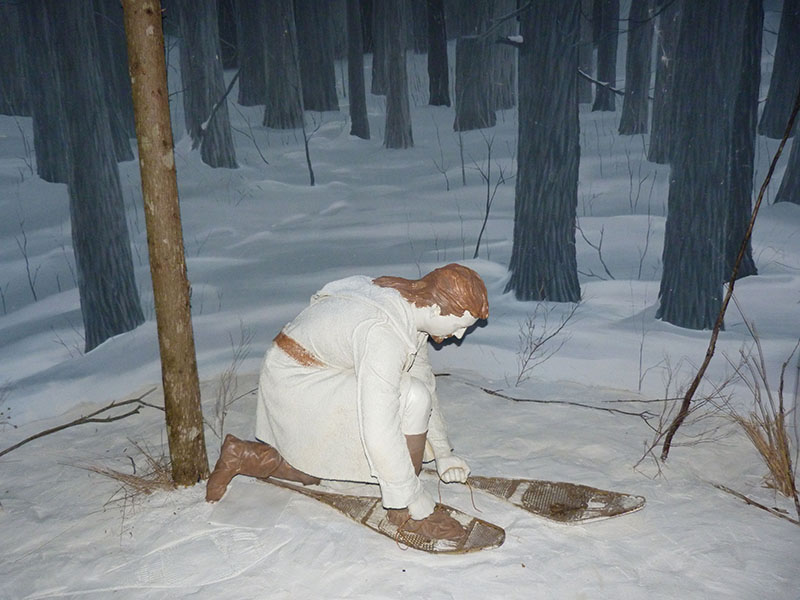 Many of the men and women who played important roles in the area’s history are profiled in the museum, including Father Frederick Baraga, the Snowshoe Priest and missionary to the Ojibwa people, who helped spread the Catholic faith throughout Michigan’s Upper Peninsula; British fur trader John Johnston, who married an Ojibwa woman and became an early settler in Sault Ste. Marie; and other pioneers, adventurers, and entrepreneurs who all left their influence on the river region, and were in turn influenced by the St. Marys. 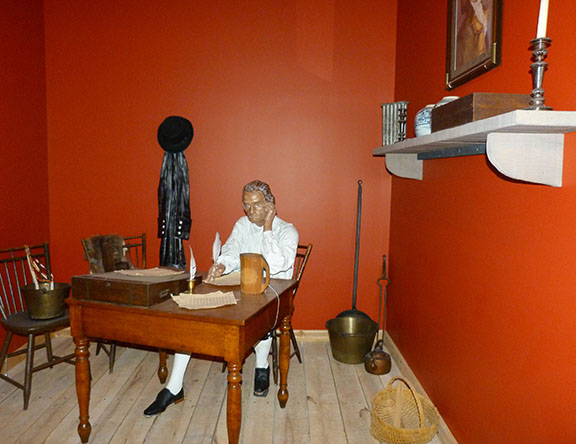 The area’s strategic location has made it a valued prize during the wars and struggles for dominance between the Indians, French, English, and Americans who coveted control of the river and the land on its banks, and the museum tells of the conflicts, large and small, that took place here.


Other, more recent exhibits focus on 20th century life in Sault Ste. Marie, with displays of logging equipment, high school sports memorabilia, the early business community, local civic groups and organizations, and how the outdoors and the weather have influenced the life and leisure of the people who call this community at the tip of the Upper Peninsula home.

The museum is a good place to gain an understanding and appreciation of the people who came before us, and whose legacy lives on today in this friendly and historic community on the bank of the St. Marys.

The River of History Museum is open from 11 a.m. to 5 p.m. Monday – Saturday from mid-May to mid-October, and other times by appointment. The museum is located at 531 Ashmun Street in Sault Ste. Marie, and can be reached at (906) 632-1999, or by visiting their website at http://riverofhistory.org/

Congratulations Steven Tiefel, winner of our drawing for an audiobook of Crazy Days in Big Lake, the third book in my Big Lake mystery series. We had 118 entries this time around. Stay tuned, a new contest starts soon.

Thought For The Day – I live somewhere between playing my cards right and not playing with a full deck.