Note: This story is from my book Highway History and Back Road Mystery.


The long, horrible war was finally over and the weary men of the 70th Ohio Infantry Regiment were headed home. These battle-hardened men had seen the worst war had to offer, including the Atlanta Campaign and Sherman’s March to the Sea. They had survived cannon shells, Rebel bayonets, disease, and deprivation. Some were recently freed from Andersonville Prison, the notorious hell hole where thousands of Union soldiers had died under terrible conditions.

Now it was August, 21, 1865, and the Union soldiers were nearing home, transported up the mighty Ohio River on the 155 foot long steamboat Argosy III. Little did they know that their ordeal was far from over.

Nearing Rono Landing (now renamed Magnet), Indiana a strong storm came up, drenching the soldiers with driving rain. Many crowded around the overloaded boat’s boiler for shelter from the wind and rain. Suddenly a severe wind gust drove the Argosy III into the shore and her paddlewheel became mired in the mud.


Almost immediately the boiler exploded, scalding the soldiers gathered around with steam and hot water. Panic-stricken, many jumped into the river to escape. Ten soldiers died in the accident, either drowned or scalded to death. Their comrades managed to pull them to shore, and soon another passing boat stopped to render assistance, carrying some of the most badly injured upriver to Louisville, Kentucky. People living in Rono offered what aid and comfort they could. It was one of those terrible ironies that cannot be explained, one more injustice heaped upon men who had already suffered far too much. The ten men who perished in the accident were buried in a mass grave, and for nearly a century the tragedy was forgotten as the country worked to recover from the Civil War.

In 1963, a Perry County, Indiana resident named Forrest McNaughton mentioned hearing something from his parents many years before about some Civil War soldiers being killed in a shipwreck near Rono. The story intrigued a local doctor who began writing letters to the Department of the Army and the General Services Administration seeking information on the incident. Over time Doctor Current managed to piece together the story of the tragedy.

In 1965, a farmer from Magnet named Clyde Benner decided it was appropriate to honor the dead men, and he placed a monument on his land overlooking the accident site. The monument’s ten vertical headstones carry the names of nine of the soldiers who died here, and one who could be identified only as “Unknown US Soldier.” 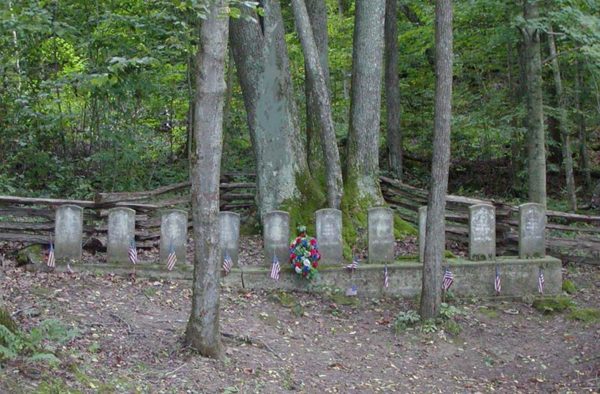 For the rest of his life, Clyde Benner tended the small plot of land, mowing and trimming around the markers and clearing a space where visitors could pause and reflect on the sacrifices of these men.

After Benner passed away in 1994, his daughter Pat Irvin and her family took over the chore, assisted by Pat’s three sisters. They have added a split-rail fence, and today the family still cares for the grave site, nestled in a grove of trees by the side of the road a half mile or so upriver from Magnet. It is a family obligation owed to men who gave their all for their nation. Down in southern Indiana, obligations are not easily forgotten.


It’s Thursday and that means it’s time for a new Free Drawing. This week’s prize is an audibook of Mountain Angel, the first book in friend Suzie O’Connell’s Northstar Angels romance series. To enter, all you have to do is click on this Free Drawing link or the tab at the top of this page and enter your name in the comments section at the bottom of that page (not this one). Only one entry per person per drawing please, and you must enter with your real name. To prevent spam or multiple entries, the names of cartoon or movie characters are not allowed. The winner will be drawn Sunday evening. 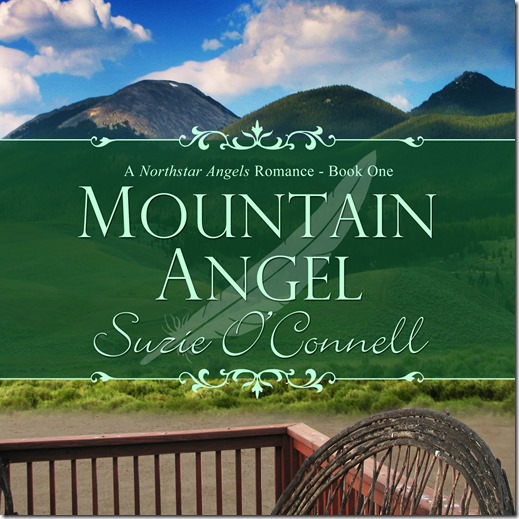 Thought For The Day – Love isn’t blind, it opens our eyes to allow us to see the beauty inside a person.