Nick's Blog » Were His Lips Moving?

I got an e-mail yesterday from a couple who are devastated because the used Class A motorhome they recently purchased is turning out to be a lemon. And while I feel sorry for them, their story is not unique.


They said they bought the rig, a 2012, from what they thought was a reputable dealer. According to them, when they went through it prior to purchase they pointed out several concerns, including that the previous owners apparently had a cat, because the sofa, recliner, and dashboard had all been clawed up. The toilet seat was broken, the carpet needed steam cleaned at the least, because of what they believed were spots from the cat or some other pet, and the electric patio awning did not work. In spite of all that, they really liked the coach and the price seemed right.

They said the salesman, son of the owner of the dealership, assured them that before they took delivery the sofa and recliner would be replaced, the dashboard professionally redone, and all of the other things they were concerned about would be made right. They put down a large deposit and waited three weeks for the work to be done, but when they went back to pick it up at the scheduled time, not one thing had been taken care of. The salesman’s excuse was that, given the low price he had agreed to sell the rig for, they would lose money if they made all of those changes.


They said they asked for their money back, but since they didn’t have anything in writing guaranteeing the problems would be fixed, the dealership refused. They agree that the contract does not call for the repairs, and not wanting to get involved in a long, drawn out legal battle, they negotiated a deal in which the owner of the dealership would buy the parts needed at cost and split that with them, and provide the labor for free. They said they knew they were getting shafted but did not feel they had a choice. On Friday they took the motorhome back to the dealership to get the work done, as well as to get several other problems that have come up fixed, and when the owner presented them with the bill for the sofa, recliner, new toilet, and other items, they were all at full retail. They asked me what I thought they should do.

Well, hindsight is always 20/20, and it’s too late to run away, since you’ve already gone forward with the deal and taken possession. And since the original contract does not specify the changes be made, I’m afraid you’re stuck. None of us wants to get in a lawsuit, but sometimes you have to dig your heels in and fight.

Always remember, no matter how charming he is, if an RV salesman’s lips are moving, you can bet your butt he’s lying!


Yesterday was another writing and weaving day for us. I got a little over 3,400 words done on my new book, and Terry made good headway with her weaving project once she got the hang of the more complicated pattern involved. We’re both moving right along.

Today is your last chance to enter our Free Drawing for an audiobook of Big Lake Blizzard, the fourth book in my Big Lake mystery series. To enter, all you have to do is click on this Free Drawing link or the tab at the top of this page and enter your name in the comments section at the bottom of that page (not this one). Only one entry per person per drawing please, and you must enter with your real name. To prevent spam or multiple entries, the names of cartoon or movie characters are not allowed. The winner will be drawn this evening. 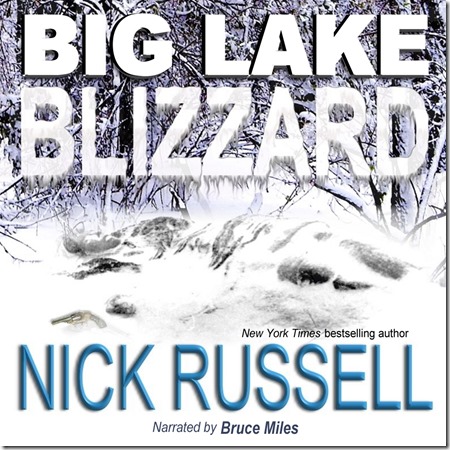 Thought For The Day – I find it ironic that the colors red, white, and blue represent freedom until they are flashing behind you.

6 Responses to “Were His Lips Moving?”