You just never know what you’re going to find when you get off the interstate highway and look around a bit. We have found everything from historical sites to the graves of famous people, to oddball attractions we never knew existed, with just a little exploring.


Yesterday was a good example. Just a few blocks from the campground here in Port Orange, Florida we discovered the Sugar Mill Botanical Park, which occupies part of the old Donlawton Plantation, a sugar cane plantation back in the early 1800s. The carefully tended twelve acre gardens are a showplace of beautiful trees and plants. 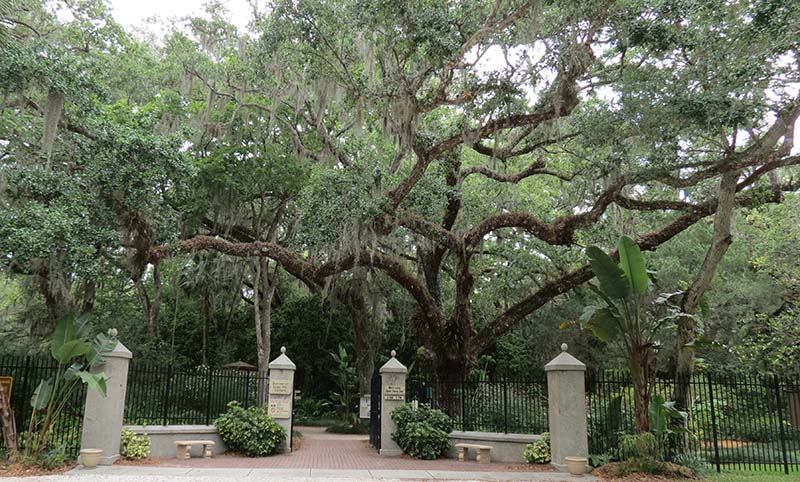 Paths meander through the property, and it definitely has a semi-tropical feel to it. 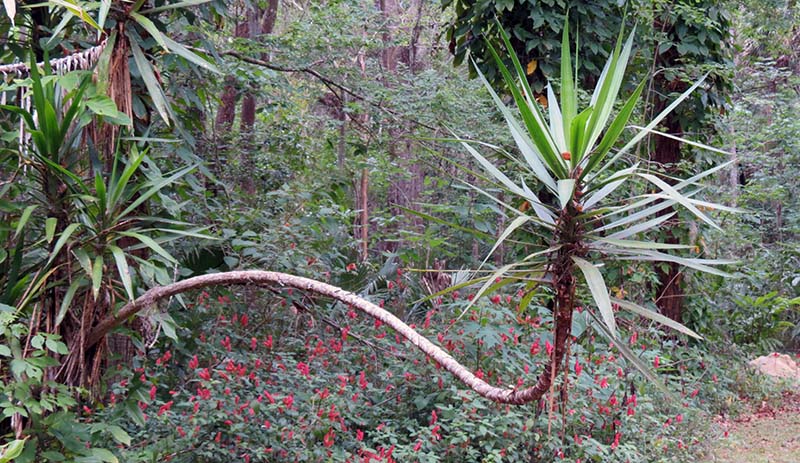 But when you come around a curve and meet this fellow, you might think you took a wrong turn somewhere and ended up in Jurassic Park! 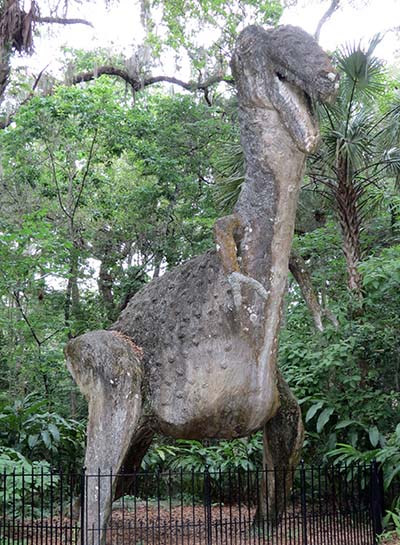 There are a number of statues of prehistoric animals like this, all remainders of a 1950s era theme park called Bongoland. The theme park failed, as did the sugar plantation that preceded it a hundred years earlier, but these guys remain. 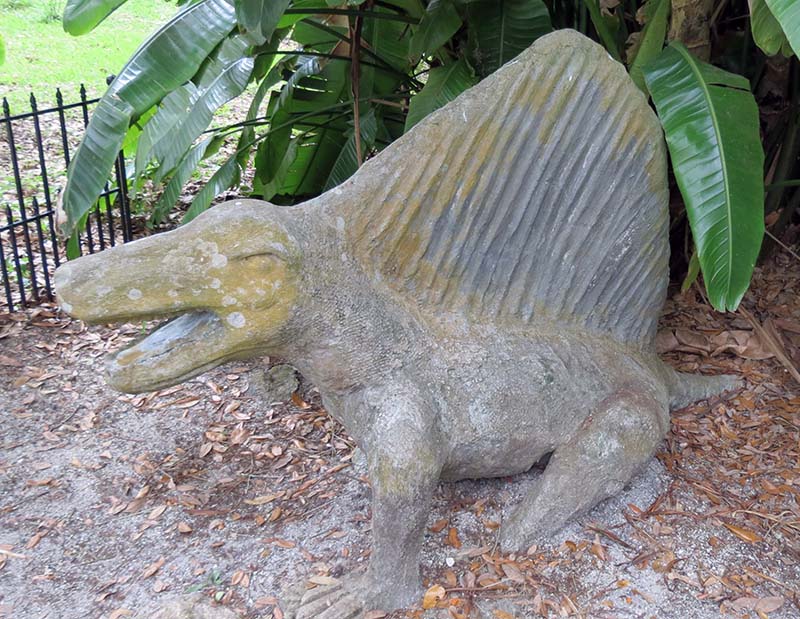 They are surrounded by iron fences to protect them from kids (and stupid adults) crawling on them. I wouldn’t try it anyway, you never know when they might come to life! 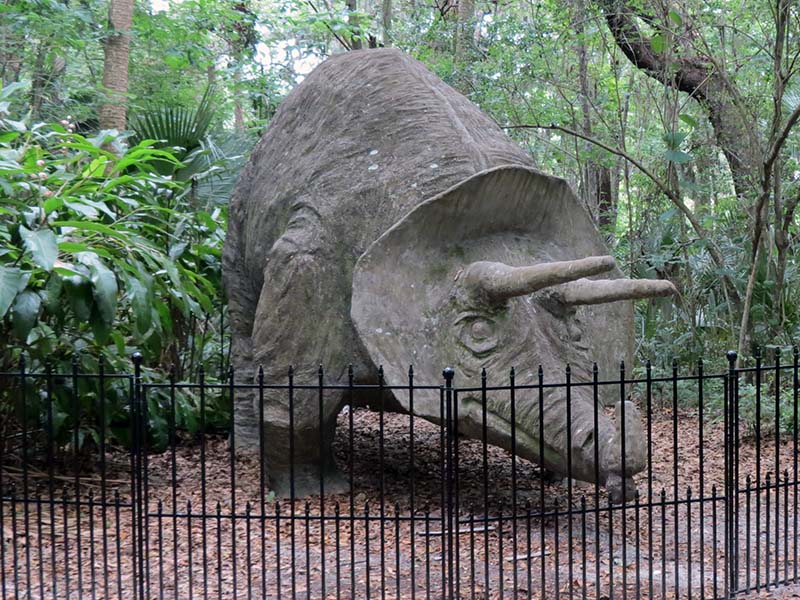 There were only a few other people around and we spent a couple of hours just wandering about the grounds, admiring the many plants and trees and enjoying how nice and peaceful it was.


This little guy kept us company for a while. 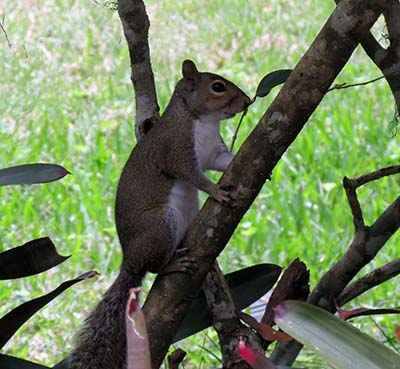 The mill was burned in an Indian attack back in 1836 during the Second Seminole War, and while the owners tried to rebuild, the setback, combined with the harsh climate and a couple of bad growing seasons in a row, spelled its doom.

Today some of the mill’s ruins still stand, covered by a metal roof and wooden walkway to protect them, while giving visitors access. 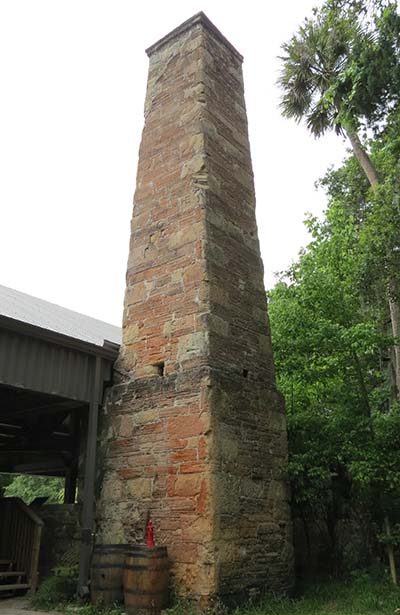 This huge machine was the cane crusher, which was used to break down the cane and begin the sugar extraction process. It was hot, hard, dangerous work performed by slaves and hired laborers. It’s sad to think that such a pretty place has such a bad history. 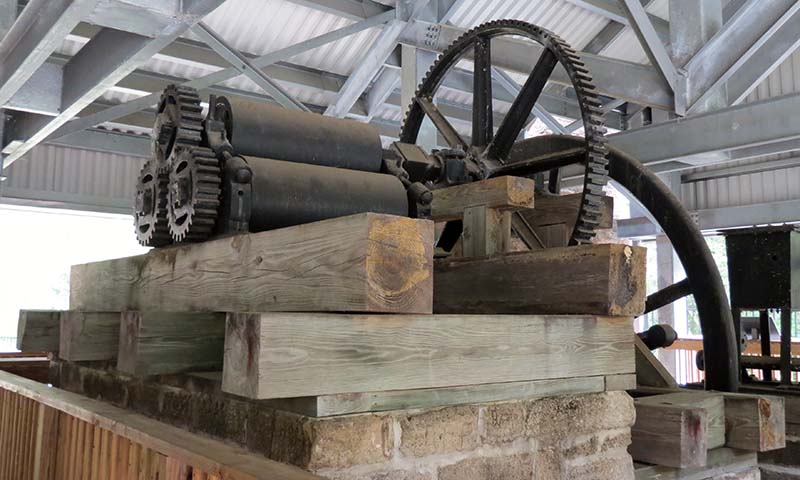 When we left the gardens, we paid a visit to the Ponce Inlet Lighthouse, which was put into service in 1887. Its powerful light could be seen 20 miles out to sea. We will have feature stories on the botanical gardens and the lighthouse in an upcoming issue of the Gypsy Journal. 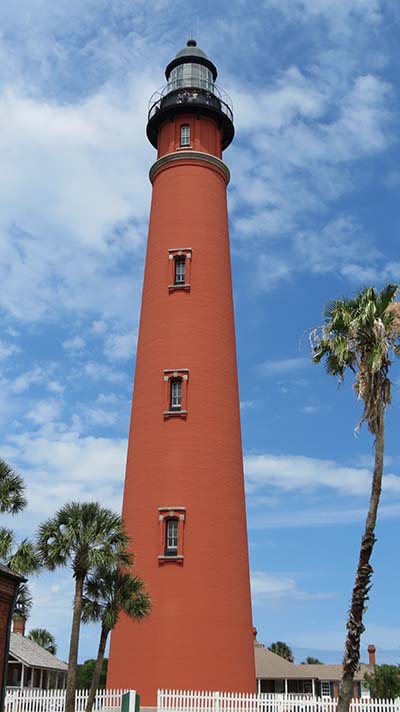 From there we drove around a little bit, just sightseeing and enjoying being together. Somebody had recommended a restaurant called Aunt Catfish’s on the River, so we decided to try it for dinner. Oh my gosh! I used to think that Dixie Crossroads down in Titusville had the best seafood in the state of Florida, and maybe the whole country. But this place was even better!


I ordered a seafood combo that included fried shrimp, scallops, and alligator and it was absolutely delicious. 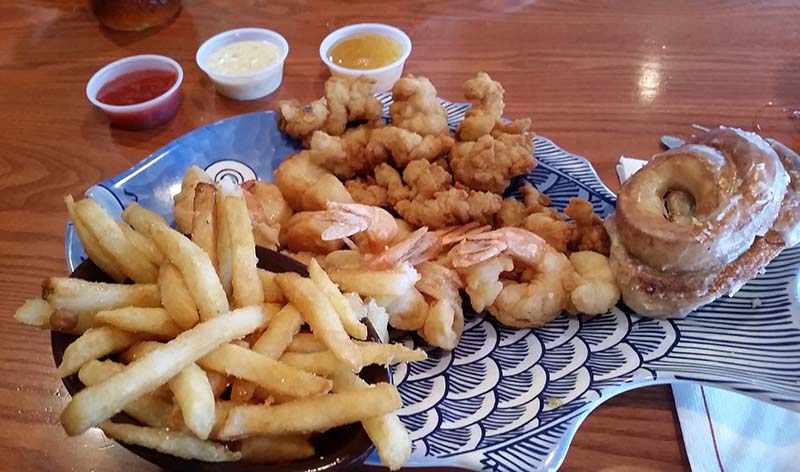 Terry had a hard time trying to decide what to have because the menu is so big and it all sounded wonderful. The waitress suggested the catfish and that’s what she ordered, one fillet blackened and the other listed as salt and pepper, along with creamed spinach. 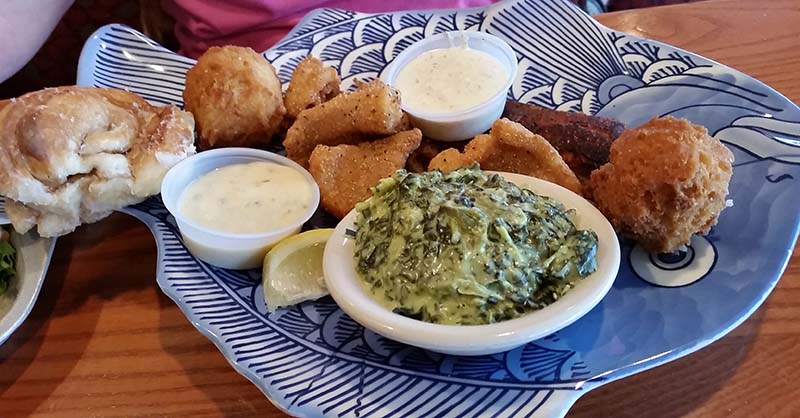 There is also a fixins’ bar with things like cornbread, grits, cinnamon baked apples, and other goodies that comes with each meal. And to top it all off, each meal also comes with a cinnamon roll! We will be going back again while we’re in the area.

I’m not sure what’s on the agenda for today. We may play tourist some more, or we may have a stay-at-home day. It’s nice not having to be somewhere unless we want to be. Yes, life is good!

Thought For The Day – Always remember that you are unique, just like everybody else.