We lived in the White Mountains of northern Arizona before we hit the road as fulltime RVers but before that Terry and I both lived in the desert. Desert rats will tell you that, sure it’s 120°, but it’s a dry heat due to the low humidity. My response has always been that it’s dry inside of an oven, too, but I don’t want to live there!


Here in Florida, it’s just the opposite. It’s a wet heat. The temperature has been in the mid to upper 80s, with humidity in the 70% range. And as the summer goes on it will get both warmer and more humid. But the interesting thing to us is that so far it’s really not been bad. A couple of hours during midday it’s pretty warm, but this close to the ocean (our campground is probably two or three miles from the beach) there’s always a breeze that keeps it comfortable.

The other day we were down on the Sunglow Fishing Pier watching the guys wetting their lines, and according to the weather app on my Samsung smart phone it was 85°. But the breeze kept it very nice. 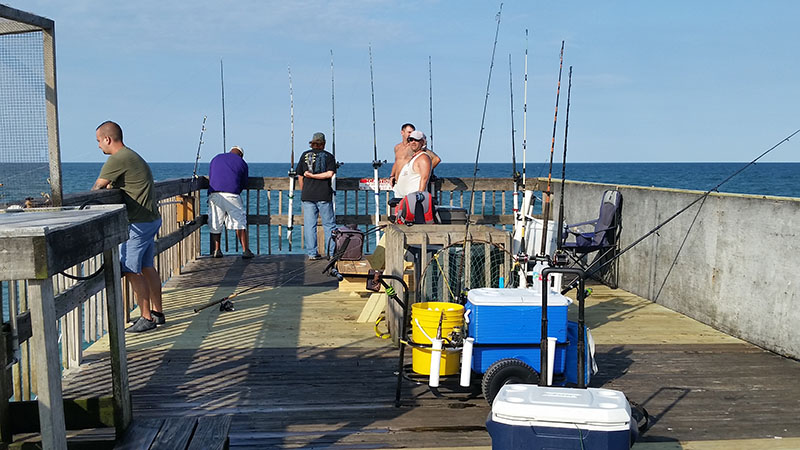 However, if you get very far inland, even fifteen miles or so, there is a noticeable difference. So I guess the moral to this story is, if you’re going to live in Florida, live by the beach.


We’ve done a lot of looking around this winter, searching for a forever home if we ever hang up the keys, and we’ve pretty much narrowed it down to the stretch of Atlantic coast between New Smyrna Beach and Saint Augustine. In fact, we thought we found “the place” in Edgewater this week, but closer inspection revealed that it’s probably not right for us. And that’s okay, we are in no hurry, we’re just looking toward the future.

Last week, I wrote about a local business called Terry’s Jewelry Repair & Design that fixed Miss Terry’s broken necklace while we waited. Last year she lost the stone from an antique opal ring I bought her and was really upset. While we were in Nevada we found a shop that could replace it with a different stone, which had a small chip in it, but at least she could wear the ring. Months later she actually found the original stone so Tuesday we went back to the jewelry shop and asked what it would cost to get the replacement stone removed and the original one put back in.


The owner said it would take about three days, so we left it with him. Yesterday they called to say the ring was ready to pick up, and he did an excellent job on it. Besides removing the opal that was in it and resetting the original stone, he cleaned the ring up so it looks like new. All that, and such fast turnaround, for just $15! Terry walked out of there with a big smile on her face. 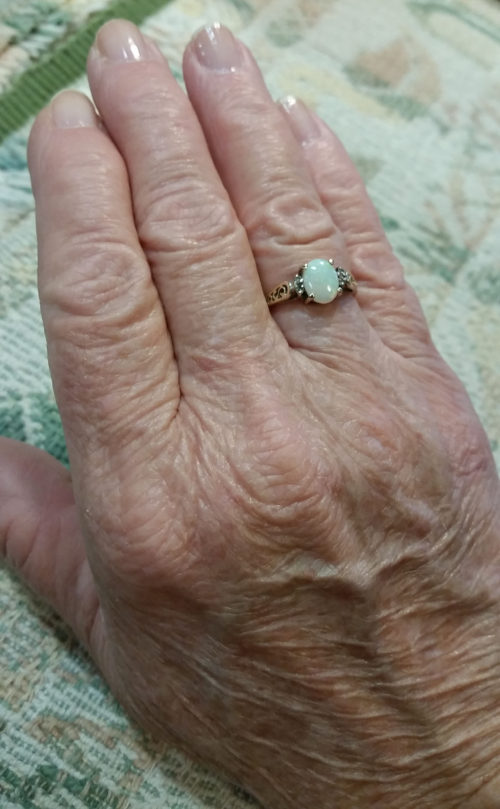 It’s Thursday and that means it’s time for a new Free Drawing. This week’s prize is an audiobook of Sneak Thief, the fourth book in my friend Carol Ann Newsome’s excellent Dog Park mystery series. To enter, all you have to do is click on this Free Drawing link or the tab at the top of this page and enter your name in the comments section at the bottom of that page (not this one). Only one entry per person per drawing please, and you must enter with your real name. To prevent spam or multiple entries, the names of cartoon or movie characters are not allowed. The winner will be drawn Sunday evening. 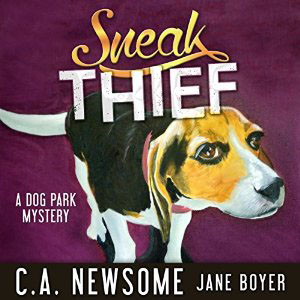