Nick's Blog » I Hit It With A Hammer!

Okay, actually it was a big pair of vise grips, but it did the job, so who’s keeping score?


I’ve been trying to track down the source of our intermittent electrical problem and had pretty much narrowed it down to our inverter. We have good strong power coming into the coach, so it’s not the power cable, EMS system, or transfer switch. Where we run into a problem is at our 110 volt outlets. When the power started acting flaky again yesterday, I tested the different outlets with a multimeter and we were getting between 87 and 91 volts at the outlets. That’s not good at all.

Yesterday morning I confirmed that the problem is the inverter. The power was doing the same thing, so I opened the bay where the inverter is. Usually of the inverter makes a humming sound, but it was silent. Thinking I had nothing to lose, I gave it a good sharp rap with the vise grips and immediately it started humming again, the power at the outlets inside the motorhome jumped right to 121 volts, and it’s been working ever since.

Now, I’m not foolish enough to think that just hitting it is going to solve the problem permanently, and my buddy Greg White confirmed that. Actually, Greg said I may have to hit it another time or two, and after that all I should have to do is show it the hammer and it will start working on its own.

We left Horseshoe Cove RV Resort in Bradenton about 11:15 yesterday morning and has an easy run to the Daytona Beach RV Resort, which is actually in Port Orange, on the south side of Daytona Beach. Traffic was busy going through Orlando, but we rolled right along with no problems, and arrived about 2:30, after making a stop along the way to top off our fuel tank.


I’m surprised at how busy this park still is this late in the season. I thought all of the snowbirds would have left by now, but apparently not. We have a nice full hookup 50 amp site with a lot of room around us, and we’re only about five miles to the beach! All this for $199 for the month, using the coupon that Carefree Resorts was giving away at the Tampa RV Show. 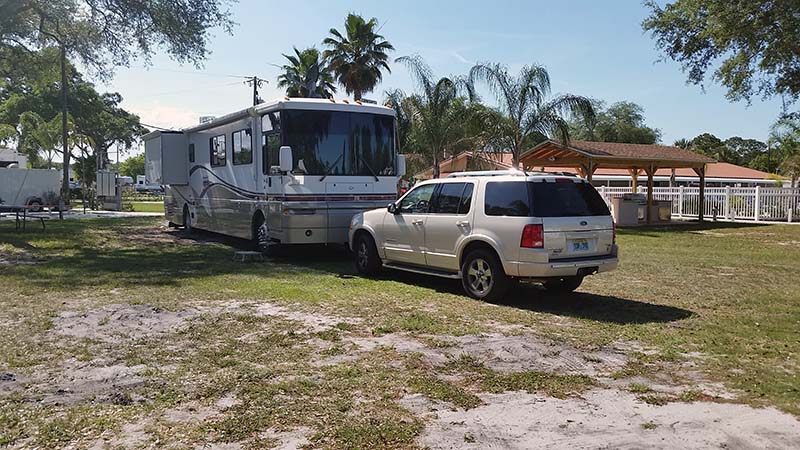 Once we were settled in and hooked up, we went to a place called Dustin’s Bar-B-Q for dinner. Apparently it’s a family-owned local chain and though it looked very much like a Sonny’s Barbecue inside, we both thought the food was better.

After dinner, we decided to drive down and check out the waterfront. On the way, we passed a truck towing a pontoon boat on a trailer. But not just any boat, this was the Ice Cream Boat! Apparently it makes the rounds of the beaches in this area, sort of like a seagoing ice cream truck. How cool is that? I mean, it’s a pontoon boat, and it sells ice cream! Try finding something that neat in Paducah. I knew I was home! Here’s a picture of the boat that I swiped from the Internet. 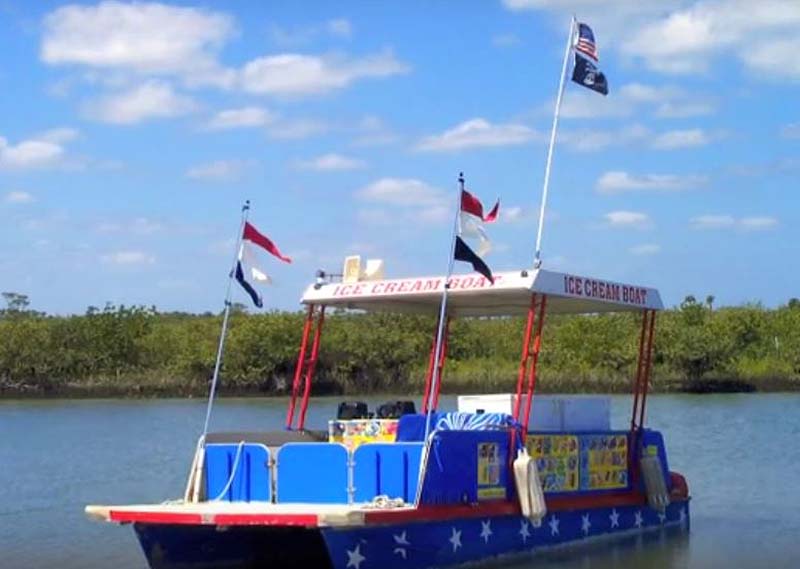 We stopped at Sunglow Pier, which besides having an excellent restaurant called Crabby Joe’s, is also a fishing pier and offers great views of the beach. 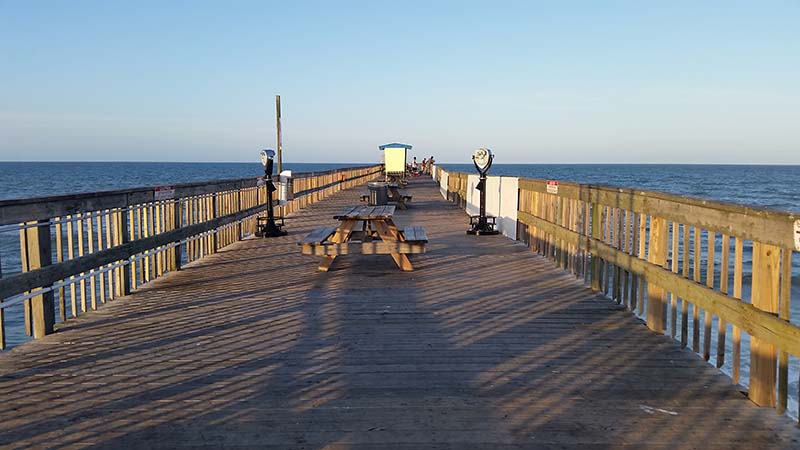 When we got there a fellow was in the process of trying to land a shovelhead shark. He had been fighting it for quite a while before we got there, and we stood around and watched the battle. 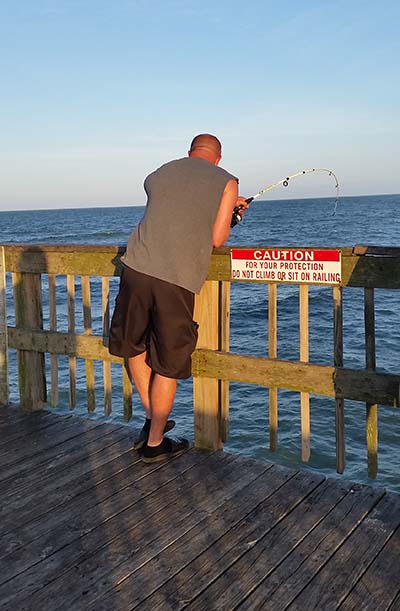 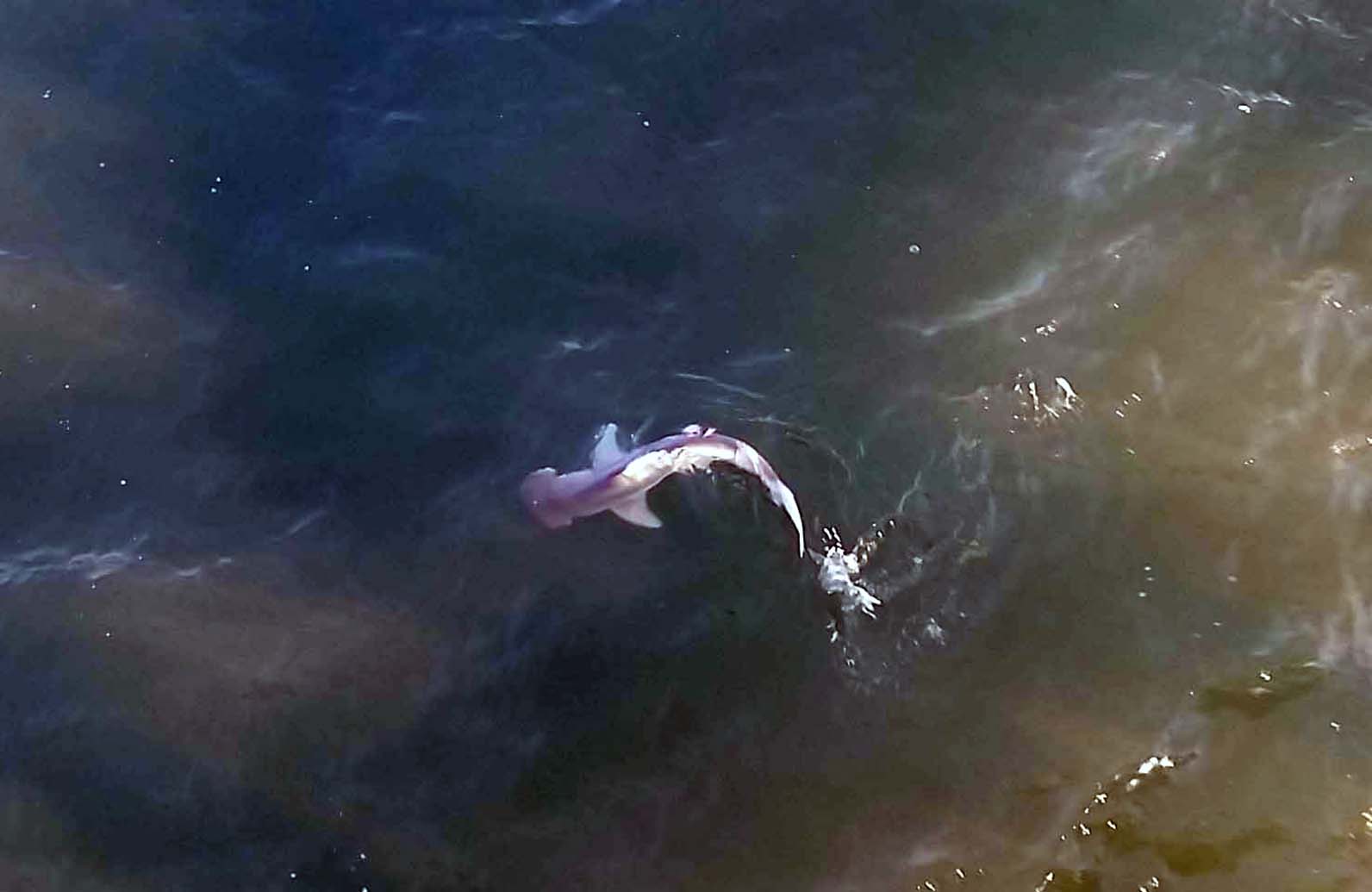 Eventually he landed it with the help of another fisherman. It was somewhere around three and a half feet long, and apparently they’re very good eating. Being careful to keep away from its business end, I touched it to see what a live shark felt like. The skin was incredibly soft, almost like velvet if you stroked it in one direction, but when you went in the other direction it was like sandpaper. 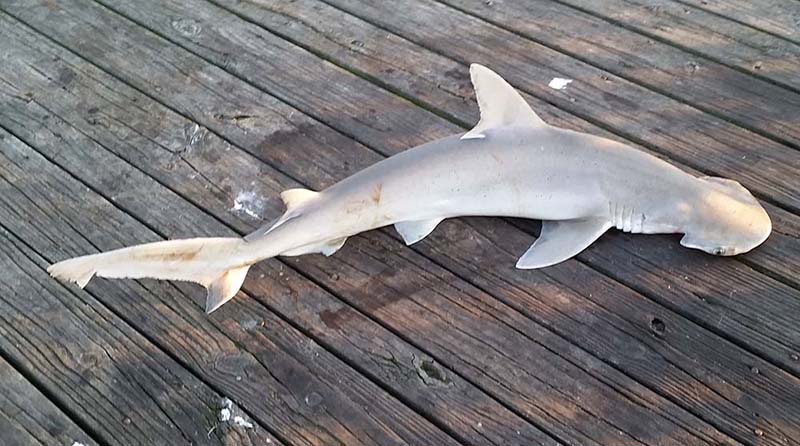 I told Miss Terry to try it, and about the time she did, it flopped and turned its head towards her. She wasted no time getting out of the way. She was saying something about wanting to keep her toes intact or some such nonsense. Girls, go figure!


With the action over, we walked down the beach, where the sand is white and incredibly fine. 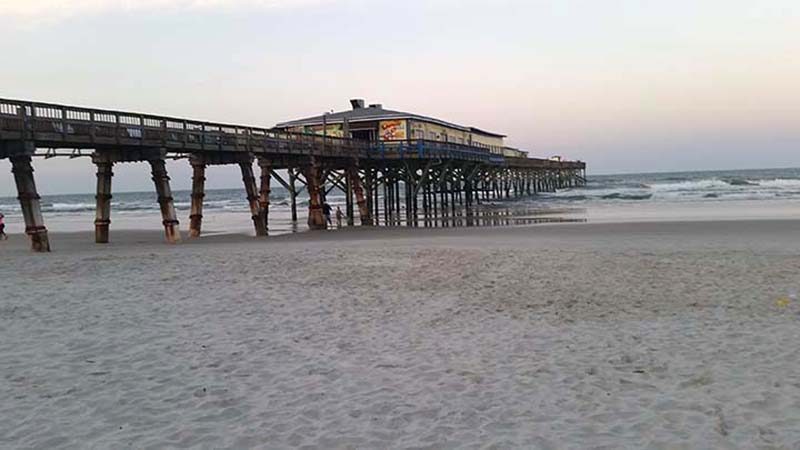 There are a lot of high-rise condos along the waterfront but it wasn’t very busy on the beach. We may come back and do some fishing from the pier while we’re in the area. There may be some kite flying done, too! 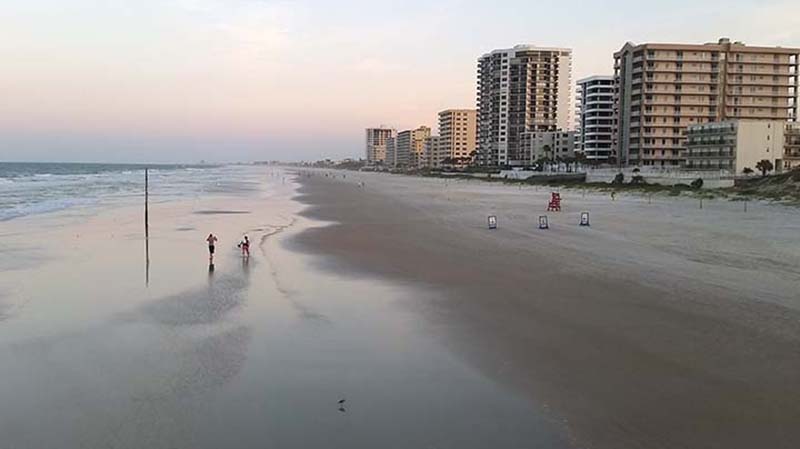 Congratulations Roy Edgerton, winner of our drawing for an audiobook of my friend Ken Rossignol’s Pirate Trials: Famous Murderous Pirates Book Series: THE LIVES AND ADVENTURES of FAMOUS and SUNDRY PIRATES. We had 62 entries this time around. Stay tuned, a new contest starts soon!

Thought For The Day – What the caterpillar sees as the end of the world, God calls a butterfly.

6 Responses to “I Hit It With A Hammer!”