Living and traveling in an RV fulltime, you just never know how many interesting places you’ll discover, and how many more you drive right on past without even knowing they are there. It’s amazing what you can find with just a couple of quick Internet searches.


A good example is Manasota Memorial Park, a cemetery on 53rd Avenue (State Route 70) here in Bradenton. We’ve driven past it many times and had no idea how many famous and semi-famous people are interred there. But the other day when I was looking up something else on Google, I came across a notation that wire walker Karl Wallenda is buried there.

The patriarch of the Flying Wallendas, a family of arialists famous for performing high above amazed audiences, often without a safety net, the Wallendas set the standard by which other high wire acts are judged. Already famous throughout Europe, the Wallendas brought their act to the United States in 1928, drawing large crowds wherever they performed.

As comfortable on a thin cable stretched high in the air as the rest of us are on the ground, Karl Wallenda was known for his amazing death-defying stunts throughout his life. At an age when most men are enjoying retirement and doing nothing more strenuous than playing a round of golf, at age 65 Wallenda did his high-wire walk, known as a skywalk, across the Tallulah Gorge in Georgia, thrilling audiences when he did two headstands as he covered the quarter-mile distance across the gorge.

It should be no surprise that a family who routinely performs such dangerous stunts would not be strangers to tragedy. Over the years many Wallenda family members have been seriously injured or killed during their acts. Fate finally caught up with Karl Wallenda on March 22, 1978, when at age 73, he attempted a wire walk 121 feet above the ground between the twin towers of the Condado Plaza Hotel in San Juan, Puerto Rico. As he fell to his death, the accident was caught on live TV.

Wallenda and several of his family members are all buried together in the same plot at Manasota Memorial Park. 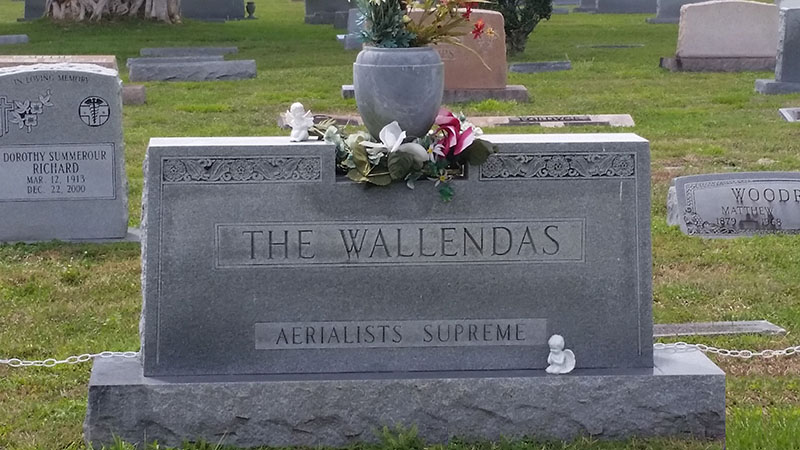 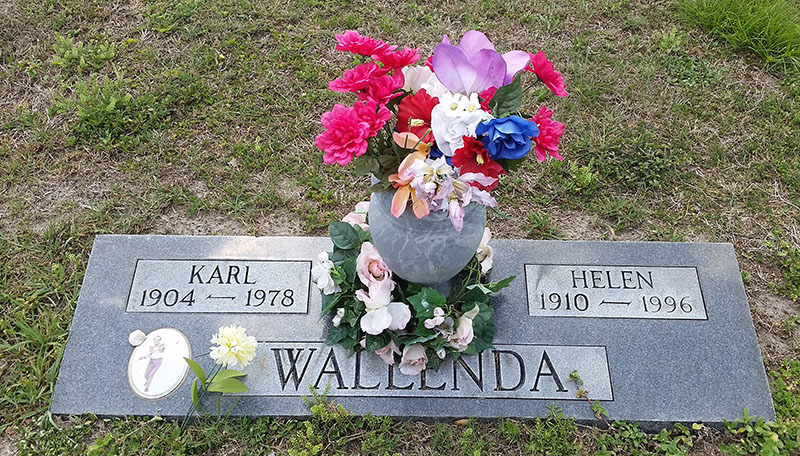 And they are not the only notables buried there. Others include Major League baseball players Johnny Cooney, Walter “Butch” Henline, Bill McKechnie, and Hall of Famer Paul Glee Waner. The cemetery is also the final resting place of circus owner Charles Ringling, U.S. Senator Lathrop Brown, and William Remsburg Grove, who won the Congressional Medal of Honor during the Philippine Insurrection in 1899.


How many cemeteries have you driven past that hold the graves of famous people? You might be surprised what you could find at the Find A Grave website. How many historic sites, homes of famous people, interesting museums and oddball attractions do you pass by every day, never knowing they are there waiting to be discovered?

Thought For The Day – I just did a week’s worth of cardio after walking into a spider web.

13 Responses to “You Just Never Know”