We have been hanging out here at Horseshoe Cove RV Resort in Bradenton, Florida with John and Kathy Huggins from Living the RV Dream and Charles and Chris Yust from C&C Insurance. And then Monday evening Jim and Chris Guld from Geeks on Tour pulled in. It was like we were having our own little RV rally!


The last time we saw the Geeks was at the Escapade in Tucson in March of last year. We always like getting together with them because they are the RV technology experts when it comes to computing, digital photography, and smart phones. I always learn something from them, and usually have a problem or two for them to help me work out.

This time around it was my Samsung Galaxy S5 smart phone. Lately I have not been able to download any apps to it, though there was more than enough room left on the memory. Chris tried a few things from her bag of tricks, and when that didn’t work she went online and did some research. We ended up having to uninstall Google Play and then reinstall it, and after rebooting the phone everything was working like it should again. Thanks, Chris!


And of course, anytime RVers get together, especially fulltimers, you can count on two things happening. A lot of food is going to get consumed and a lot of laughter is going to be shared. Lots and lots of both!

Yesterday evening we all went to dinner at a place called Yacht Sea Grill here in Bradenton. Charles and Chris had been there before and said it was excellent, and they were right. I had blackened grouper, which was outstanding, and Terry had Macadamia pesto herb crusted grouper and said it was excellent. I’m not sure what everybody else had, but there certainly were no complaints from anyone.

Here are Chris and Jim from Geeks on Tour. I’m not sure what point Chris was making, but Jim seemed to agree with her. 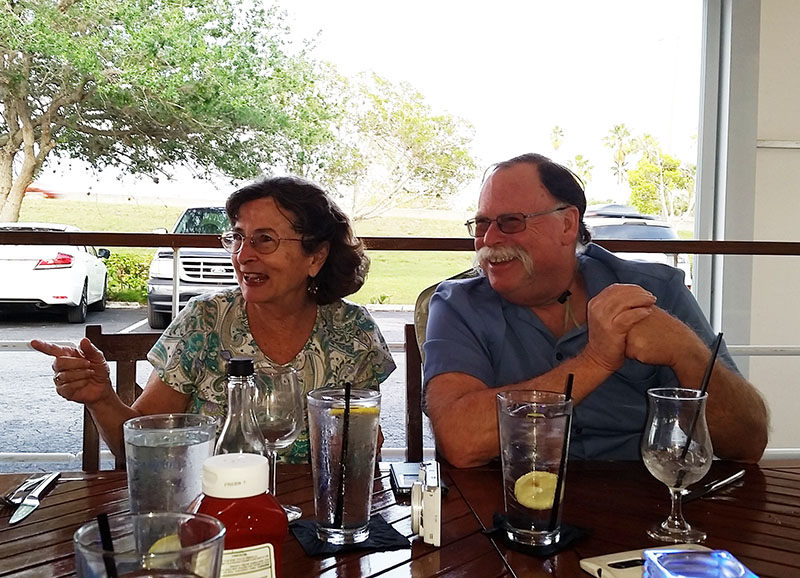 If John Huggins is looking startled or confused, it’s probably because he wonders how he ever landed such a catch as Kathy. Yeah, John, it’s a mystery to me, too. 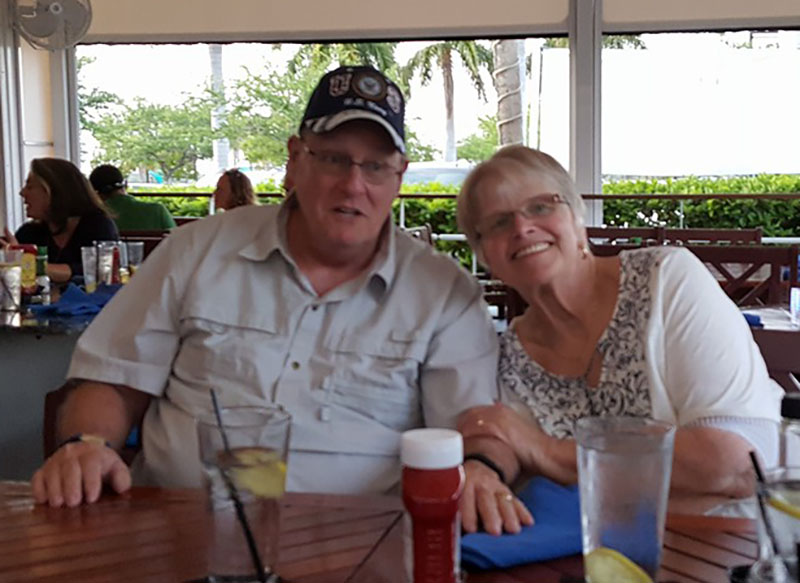 Chris and Charles are a fun couple that we always have a great time with. 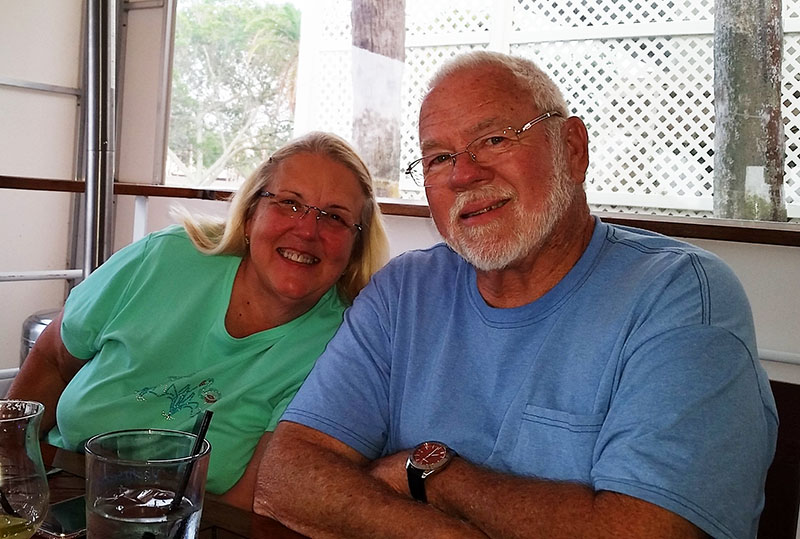 And, of course, Miss Terry and myself were holding down our side of the table. 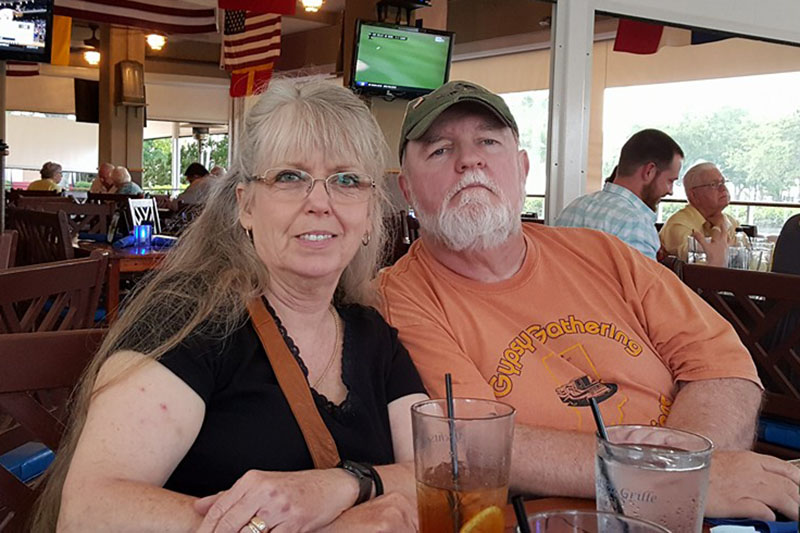 At one point, Kathy mentioned that there was so much RV experience and knowledge sitting at the table, and I was reminded of something from years ago when I was a young man publishing small town newspapers on the Pacific Northwest coast. Myself, the owner of the weekly newspaper in Elma, Washington, and the fellow who ran the daily newspaper in Aberdeen were having lunch together with a couple of other newspaper people and somebody said that if someone threw a grenade into the restaurant, they could wipe out the entire news business in Grays Harbor County. Fortunately, nobody threw a grenade that time, so we missed the bullet. Just in case, last night I sat next to John Huggins. I figured if I saw any grenades rolling across the room I could throw him on top of it and get the hell out of there if I had to.

Today the Geeks and Charles and Chris are pulling out, headed for an RV rally in Tallahassee. Here’s wishing them a safe trip and a successful rally.


Speaking of rallies, be sure to put John and Kathy’s second annual Living the RV Dream Gathering October 11 – 16 here at Horseshoe Cove RV Resort on your calendar. E-mail John at ltrvdgathering@yahoo.com for more information.

Thought For The Day – Remember back when we were kids and every time it was below zero outside they closed school? Me neither.

4 Responses to “Our Own Little RV Rally”