Since we took Thursday off to play tourist in Tarpon Springs with our friends Charles and Chris Yust, yesterday was a working day. Except for occasional short breaks to check my e-mail and answer the most pressing ones, I spent most of the day at my desk writing and laying out pages for the new issue of the Gypsy Journal. By the time I knocked off somewhere around 8 PM I had made a lot of headway.


Terry was busy working on the fringe of her latest scarf project in between doing loads of laundry, but in the late afternoon she had to put that aside to switch into Mrs. Goodwrench mode.

For a while now we have been having some problems with our Sealand toilet. The ball valve would not close all the way unless you pulled up with your toe after flushing. And then yesterday the water just kept running after flushing and I had to reopen the flush valve to keep the toilet from overflowing, which meant that water was pouring into the black tank. I went outside to turn the water off and Terry took the flush assembly apart and removed the water valve, which she suspected was the problem.


It was after 5 PM, and I knew no place that might have the part we needed would be open, but I called my buddy John Huggins to ask him if he could recommend a place to go today. He said he could do me one better than that, because he happened to have a brand-new valve at his rig. Do I know how to choose the right kind of friends or what? 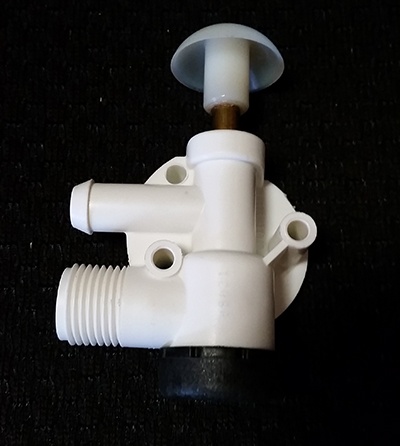 I picked it up and Terry installed it, then put everything back together, and we were good to go again, literally. 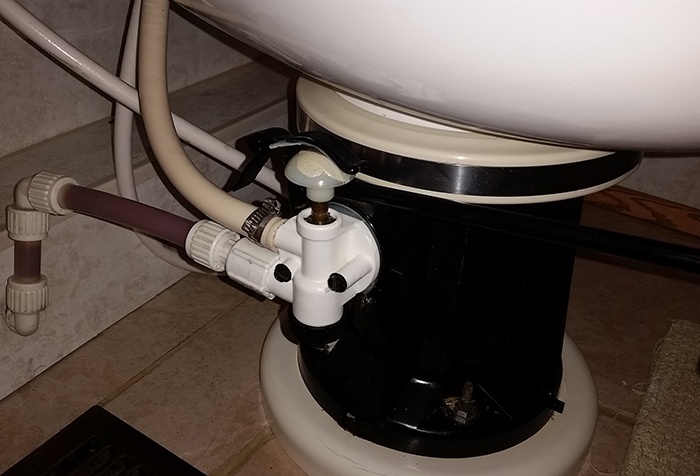 Over time she has replaced the spring cartridge twice, the vacuum seal, and now the water valve. And while she was at she took the seals out and cleaned them, then reset the toilet. So basically she has rebuilt it completely. And it’s not like I just stood there and watched her. What good would that do? Instead I stayed out of the way, which meant the job was done in half the time.


With all of that done, I offered to take her out to dinner, but she said no and threw together something here. Of course, when Miss Terry “throw’s something together” it’s better than anything you could order at a restaurant anyhow. Yes, I know it, I’m a very lucky man. Yes, I know it, I don’t deserve her. You’re preaching to the choir.

Before I close for today I want to share this picture of my granddaughter Destiny, celebrated her ninth birthday by catching this fish the other day. What a girl. It’s been a long time since I’ve set my hook into anything that big! 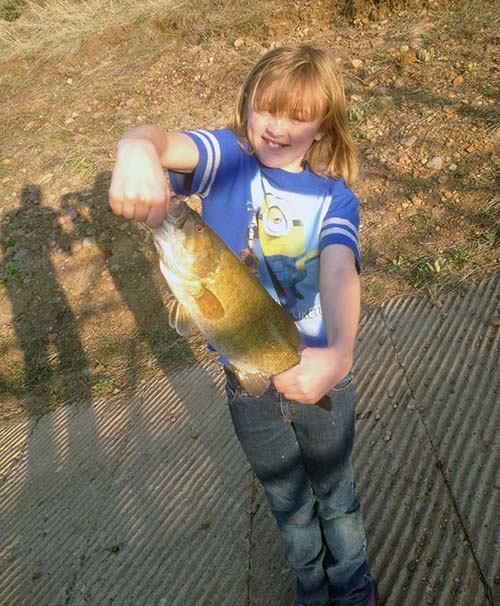 Be sure to enter our latest Free Drawing. This week’s prize is an audiobook of Sentinel In Elysium, the first book in my pal George Wier’s Elysium Chronicles series. It’s a small town mystery I know you’re going to like. To enter, all you have to do is click on this Free Drawing link or the tab at the top of this page and enter your name in the comments section at the bottom of that page (not this one). Only one entry per person per drawing please, and you must enter with your real name. To prevent spam or multiple entries, the names of cartoon or movie characters are not allowed. The winner will be drawn Sunday evening. 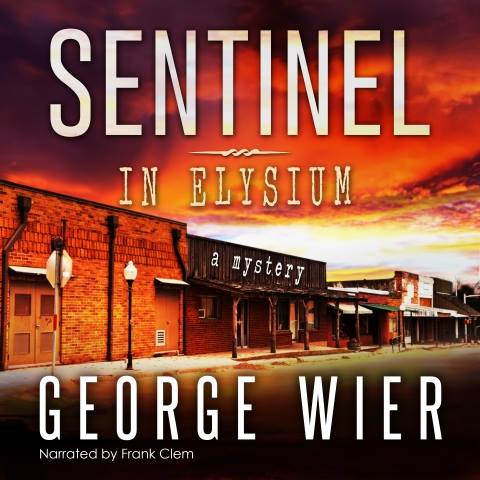 Thought For The Day – I love being old. I learn something new every day… and forget five others.

4 Responses to “I Married Mrs. Goodwrench”