Before I do anything else, I want to wish my granddaughter Destiny a very happy birthday. We were there when she was born and it’s hard to believe she’s already nine years old. Where does the time go? I wish we could be there with you to celebrate your special day, sweetie. Grandma Terry and I love you very much!


Would somebody please turn off the wind here in central Florida? Or at least stick me on a beach somewhere with my kite so I can get something out of it? It’s been blowing strong here for the last three days, rattling our slide toppers and making sleeping difficult at times.

We thought about going out and doing something yesterday, maybe checking out the Red Barn flea market here in Bradenton, or a couple of historical sites, or maybe a fishing pier. But it was so darned windy we didn’t bother.

Instead, I sent out the second issue of my authors newsletter, which includes a short story by George Wier, author of the Bill Travis mystery series. If you would like to be on the mailing list for the newsletter, just send me an e-mail at editor@gypsyjournal.net.

Once that was done, I spent most of the day working on the new issue of the Gypsy Journal while Terry was busy weaving. Later on she made a delicious dinner of white cheddar baked chicken, with garlic mashed Yukon potatoes, corn, and spinach and a salad for her. Yummy!


If you hear whining coming from the central Gulf coast of Florida about midday today, that’s me. We have to go to the Bay Pines VA Hospital on the other side of Tampa Bay so I can have a CT scan as a follow-up to my medical issues from late last year. No, I don’t have any problem with the procedure, but we have go over the Sunshine Skyway bridge to get there. And you all know how I am about bridges! 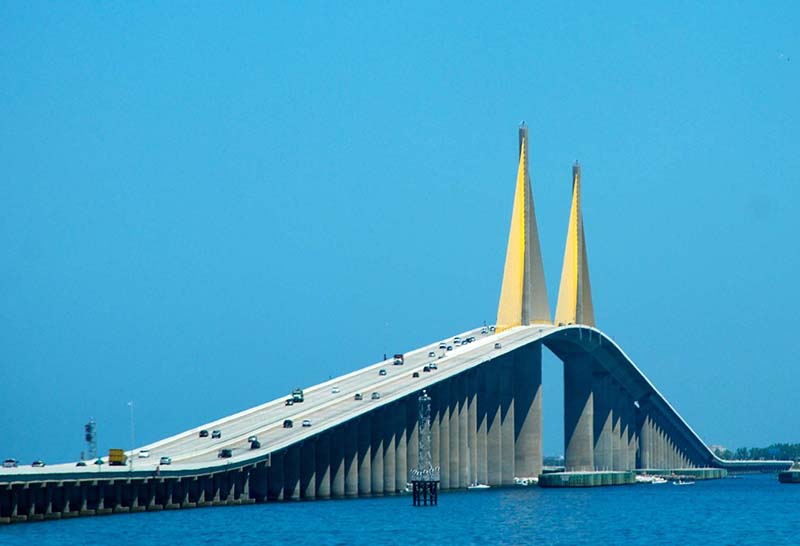 Yeah, I know, thousands of cars drive over it every day, it’s an engineering marvel, hell, the Travel Channel even rated it No. 3 in its special on the Top 10 Bridges in the World. Tell all that to this guy, who barely escaped going over the edge back on May 9, 1980, when the freighter MV Summit Venture hit the bridge and brought down over 1200 feet of it, sending half a dozen cars, a truck, and even a Greyhound bus plunging down into the Bay, killing 35 people. 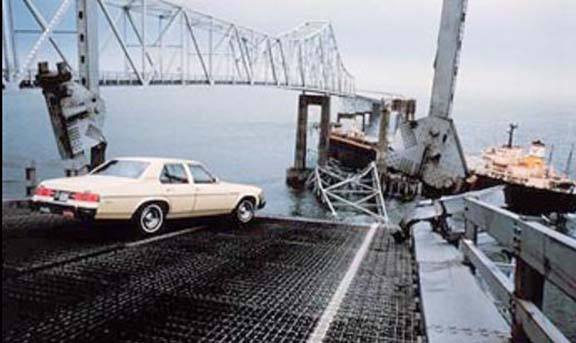 Fortunately, Miss Terry will be driving, so all I have to do is sit in the passenger seat and snivel.

Don’t be shooting at my drone! As this article says, it’s a violation of federal law. Yes, idiots have really done this, claiming that they are protecting their privacy from perverts spying on them. That’s nonsense, and paranoia fostered by the media. Do you know anybody who has had some pervert flying a drone spying on them? Yes, it has happened. But just like gun owners who get a bad rap because of a few jerks, 99% of drone pilots are responsible hobbyists.

Yes, they have cameras on them. So do cell phones. Just this last week two different guys here in Florida were arrested for using their phones to take pictures up women’s skirts at stores. Should we assume anybody with a cell phone is spying on you, too, and blow it to smithereens?


Congratulations Ardis Fuge, winner of our drawing for an audiobook of Maximum Security, the third book in my friend Carol Ann Newsome’s very popular Dog Park mystery series. We had 104 entries this time around. Stay tuned, a new contest starts soon.

Thought For The Day – Give the laziest man the hardest job and he will show you the easiest way to do it.