It’s always fun to meet our readers and make new friends, and we’ve been able to do that in every corner of this country. Not as often as we’d like sometimes, because there are only so many hours in a day and so many days in a week. But when we can make it happen, we enjoy it.


Yesterday we had lunch at a great little place in Inverness called Blazin 7s Bar-B-Que with Jerry Minchey and his brother Jim, who drove down from Cedar Key. This was our first time at this excellent restaurant, and while it’s not the least bit fancy, the food was outstanding. We all had pulled pork sandwiches fresh out of the smoker and they were delicious.

Jerry is the author of several books, including Young RVers: How to Enjoy the Freedom of the RV Lifestyle While Making a Living on the Road; as well as Motorhome and RV Retirement Living: The Most Enjoyable and Least ExpensiveWay to Retire; and Advantages of Moving into a 55+ Park: How to Enjoy Your Retirement Even on a Budget. 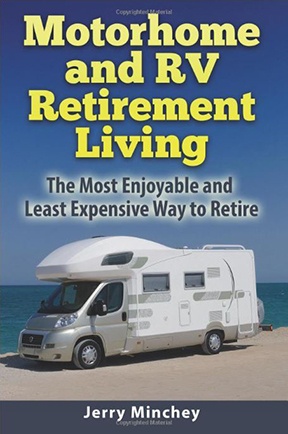 Jerry is an interesting fellow. He worked for NASA and as a computer design engineer, he’s owned several engineering and marketing businesses, and is the founder and editor of the website, LifeRV.com. He holds five patents, and has a private pilot license with an instrument rating.

His brother Jim lives in North Carolina, but is here in Florida for a few days visiting. It was nice to meet both of them, and we look forward to seeing Jerry again in our travels.

After we said goodbye to Jim and Jerry, we stopped at a health food market called Rutabagas so Terry could pick up some of the vitamins and herbal supplements we take. I didn’t go in, because I had a bunch of email to catch up on and used my phone to do that, but when she came back out with a big bag full of items the first thing she said was she wished we had found this place a long time ago. Apparently they had everything she was looking for and a lot more stuff that is hard to find in other places.


Next we stopped at an antique mall to browse for a little bit, which is always interesting because we have reached the point in our lives where we see a lot of things for sale and say, “I remember that from when I was a kid!” Does that make us antiques, too?

Back at the campground we had a weird situation. I turned on the television and immediately our Winegard Travler automatic rooftop TV dish stowed itself away. That was strange, and I have no idea why it did it, but once it was done stowing I gave it a moment or so and then hit the button to deploy it again. Now keep in mind that we been parked in the same spot for over a week now and haven’t moved, so one would think it would just lock right back on. One would be wrong.

Usually deploying and locking onto the Dish satellites takes five minutes or so, but this time around it searched and searched and searched and seemed to settle down and be pointed in the right direction, and then it would begin the search mode all over again, scanning the sky in a 360° circle. This went on for over half an hour. Finally I pushed the button to stow the dish again, and went through the process a second time. And got the same results.

Not knowing what else to do, I called tech support a.k.a. Greg White. Greg suggested stowing the dish again, then unplugging it and the dish receiver and waiting a couple of minutes and then seeing what happened. I did that and waited about five minutes before turning everything back on, and it still took another half an hour or 45 minutes before the dish finally locked on. But it’s only picking up two out of three satellites (110 and 129) and there is no signal on 119. I have no idea what caused the problem, why it stowed itself in the first place, or what to do next. Greg suggested I might need to kick it up to the next level of tech support, but when I asked if his wife Jan was available, he just laughed at me.


It’s Thursday, and that means it’s time to kick off a new Free Drawing. This week’s prize is a biggie, not one, but two audiobooks! My pal Carol Ann Newsome has donated the first two books in her excellent Dog Park mystery series, A Shot in the Bark and Drool Baby. If you love dogs and enjoy a good mystery story, you’ll quickly become a fan of Carol Ann’s books. To enter, all you have to do is click on this Free Drawing link or the tab at the top of this page and enter your name in the comments section at the bottom of that page (not this one). Only one entry per person per drawing please, and you must enter with your real name. To prevent spam or multiple entries, the names of cartoon or movie characters are not allowed. The winner will be drawn Sunday evening. 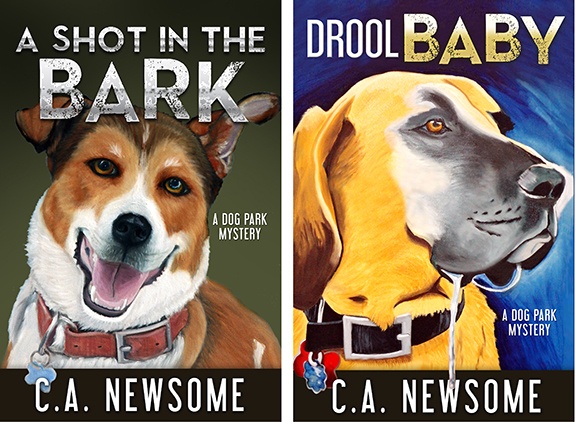 Thought For The Day – If your cup is only half full, you probably need a different bra.

4 Responses to “Lunch With New Friends”