Yesterday was moving day for us, but it was a short trip of about 45 miles to the Orlando Thousand Trails preserve. We were up early and it didn’t take us all that long to get ready.


We pulled out of Three Flags RV Resort about 9:25 and drove a couple of miles into Wildwood, where I had planned to take the Florida Turnpike east to US Highway 27, but as it turns out road construction had the onramp closed. No problem. We continued east on State Route 44 a few miles to Leesburg, where we picked up US 27 and turned south. It probably added two or three miles to the trip, which was no big deal.

The campground is still really busy, but check-in was fast and easy and a ranger led us to a very nice 50 amp back-in site in the G section. It’s a lot more roomy than the site we had in the A section when we were here a couple of weeks ago. 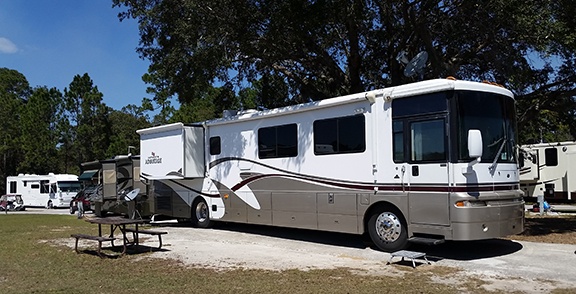 By early afternoon we were hungry, so we drove up to Clermont to have linner at the Culver’s. We’re glad to see that Culver’s has expanded this far south because it’s our favorite fast food restaurant in the country. And Terry and I both agreed that this was probably the best Culver’s we’ve ever been in. The staff was all very friendly, tables were promptly bussed, the food was excellent, and while they give veterans and seniors a 10% discount every day, Tuesday was double discount day for veterans, giving us a 20% discount. How nice is that?


Heading back to the campground, Terry wanted to stop at this citrus place, which is a tourist trap we’ve driven past many times when we were here. 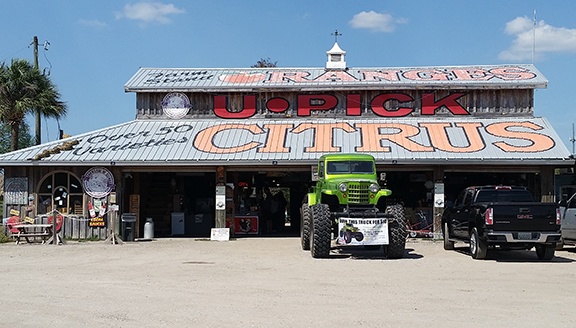 While she was inside looking for some goodies I wandered down to the dock to take a picture of this big boy. I don’t think I’d want to latch on to him when I’m out in my Sea Eagle kayak! 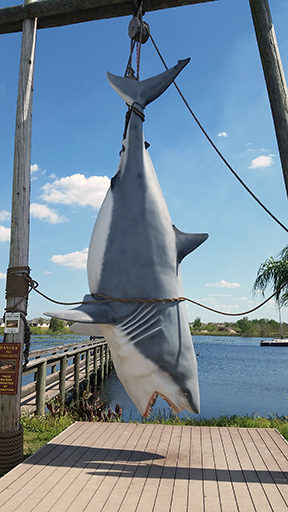 I had to laugh at these two signs, one warning people to stay out of the water because of alligators and one just above it offering alligator meat for sale. So I guess you can be dinner or diner here, depending on how fast you swim. 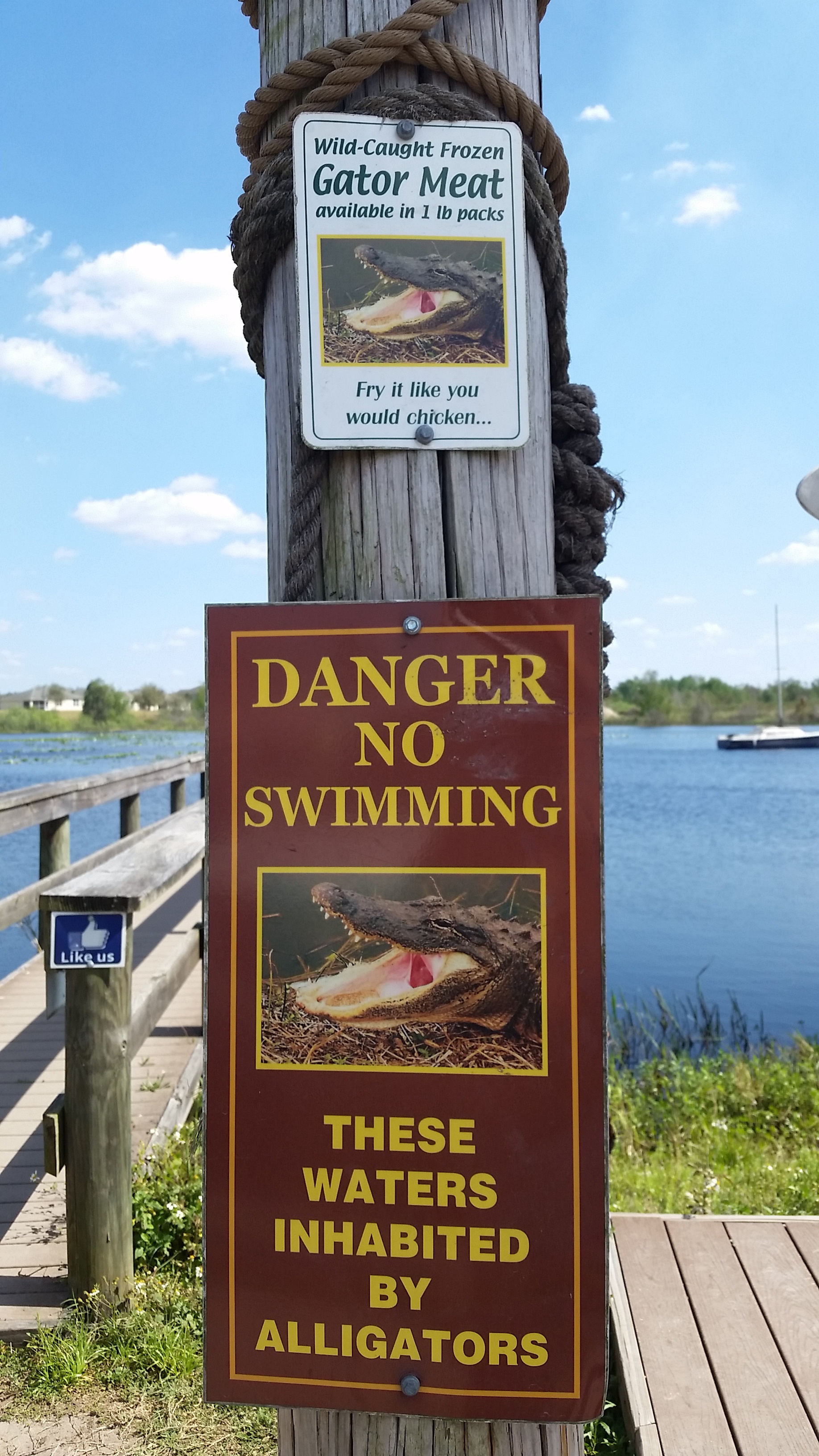 Back at the motorhome we were still having problems getting all of the channels to work on our Dish receiver. After stowing and deploying the satellite a second time, I called Dish and spent an hour or so going through some different things with one of their technical support people. After he had exhausted his repertoire of tricks he decided that they need to send out a tech this afternoon. Fortunately, we pay a couple of bucks extra per month for unlimited service calls, so all it is going to cost us is some time.

Raymond Laubert is an RV tech and author who has been e-mailing me for a while, and since he and his wife Daisy are leaving the campground tomorrow, I went over to their rig to visit for a little bit. We spent a couple of hours talking about writing and self-publishing and had a good time. Thanks for your hospitality, Raymond and Daisy!


While I was doing that Miss Terry was editing and proofing my newest Big Lake book, and by the end of the evening she was about halfway done with it. I’ve been making corrections as she goes along, and we’ll wrap that up today. Then I’ll send it over to my second proofreader. Things are still right on schedule for a release this weekend.

Thought For The Day – Don’t lose hope. When the sun goes down, the stars come out.