Nick's Blog » There Must Be A Reason

There is an old saying that everything happens for a reason. I might add that sometimes you need to listen to reason.


A few days ago I got an e-mail from a gentleman asking my advice about an RV purchase. He wants to buy a motorhome that he says is an excellent deal, $35,000 less than any comparable RV he has found at any of the different RV dealers where he has been shopping. The unit is being offered by a private seller, which is not a problem, but it has a salvage title, which could be a big problem.

The seller is vague as to the RV’s history. He says he doesn’t know why it has a salvage title, and that he acquired it from a friend of a friend. The potential buyer said that his bank has refused to loan him money on that motorhome, though they have approved him for considerably more money for the purchase of a different rig. He plans to get past that problem by borrowing the money from his mother, who is going to refinance her home to get the funds, and he will make monthly payments to her. But now, with that hurdle overcome, his insurance company has told him they will not write a policy on it.

He wants to know “What is everyone’s problem with a salvage title? This is a great deal!” Yeah, it’s a great deal for somebody. But that somebody may only be the seller. Banks and insurance companies understand risk. They spend a lot of time and money researching what is a safe investment and what is not. If both your bank and your insurance company don’t have enough confidence in this particular RV to want anything to do with it, there’s probably a darned good reason. Just like there’s a reason that motorhome is priced at $35,000 less than anything else on the market. You get what you pay for. And you also don’t get what you don’t pay for.


Can you believe we had lunch with wonderful friends two days in a row? As I said in yesterday’s blog, on Thursday we had lunch with Stu and Donna McNicol, and yesterday we met our buddies John and Kathy Huggins from Living the RV Dream at the Green Garden Chinese restaurant in Clermont. And as always happens when good friends get together, it took us 30 minutes to eat but we stayed another three hours or so talking. Where does the time go? Who cares when you’re having fun? 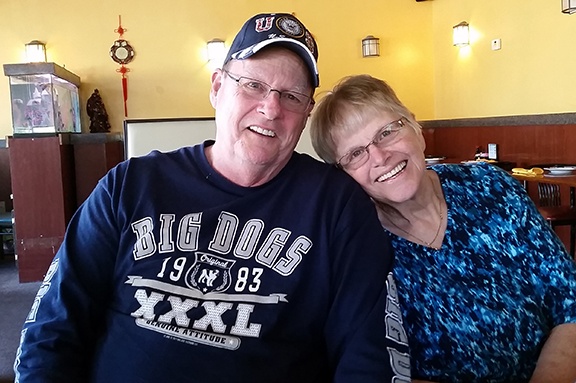 When we left John and Kathy, we stopped at Kohl’s, where I purchased a new pair of Skecher tennis shoes. I had to, because Miss Terry was threatening to throw my ratty but comfortable old Skechers into the lake here at the Orlando Thousand Trails preserve, and she told me if I put up too much of an argument I might still be wearing them when she did it.

Back at the campground I stopped at the activity center to pick up our mail, and after dropping things off at the motorhome, we walked a few sites down from us to meet subscribers Hale and Ruth Lemmer. We had a nice visit with them, and since they lived in Ludington, Michigan before they hit the road, which is a community we have visited several times, we were able to compare notes about that, too.

As it turns out, Hale and Ruth are going to be at John and Kathy’s Living the RV Dream Rally at Horseshoe Cove RV Resort in Bradenton in October. John has asked me to come and speak at the rally, but we have other commitments in that timeframe and don’t plan to be back in Florida by then. But don’t worry, they’ve still got a great lineup of seminars and activities planned. If you haven’t registered for the rally yet, don’t wait too long. It’s going to fill up fast!


Don’t forget to enter our latest Free Drawing. This week’s prize is an audiobook of Chase The Rabbit, the first book in the Gretch Bayonne action adventure series by my friend Steven Thomas. The book is narrated by actor JoBe Cerny, who is perhaps best known as the voice of the Pillsbury Dough Boy and the Raid television commercials. But what really sets this audiobook apart from others is that it is done almost like an old time radio show. Cerny does voices for all of the male characters, and Julia Farmer does the female parts. It really is a good production. To enter, all you have to do is click on this Free Drawing link or the tab at the top of this page and enter your name in the comments section at the bottom of that page (not this one). Only one entry per person per drawing please, and you must enter with your real name. To prevent spam or multiple entries, the names of cartoon or movie characters are not allowed. The winner will be drawn Sunday evening. 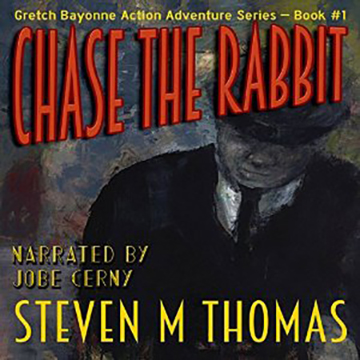 Thought For The Day – I did not plan to gain weight. It happened by snaccident.

One Response to “There Must Be A Reason”