Nick's Blog » A Good Day On the Road

Thunderstorms were predicted for Baldwin County, Alabama yesterday afternoon, and we wanted to be on the road and well ahead of them before they arrived. So we left the Escapees Rainbow Plantation co-op a few minutes after 9 AM, headed for Florida. And it was a good day on the road.


We had just under three quarters of a tank of fuel onboard, so I didn’t stop at the Pilot truck stop just before we got onto Interstate 10, where diesel was a $1.85 per gallon. As it turned out, I probably should have.

We had a few sprinkles along the way, just enough to have to use the windshield wipers on the low intermittent setting, and they didn’t last. It wasn’t long before we crossed into Florida, where this couple was taking turns posing for photographs of the welcome sign as we drove past. 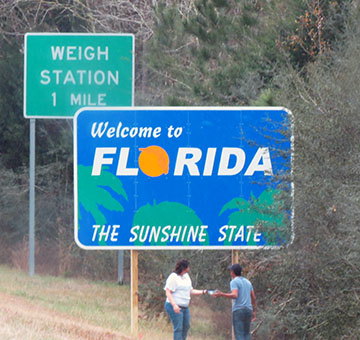 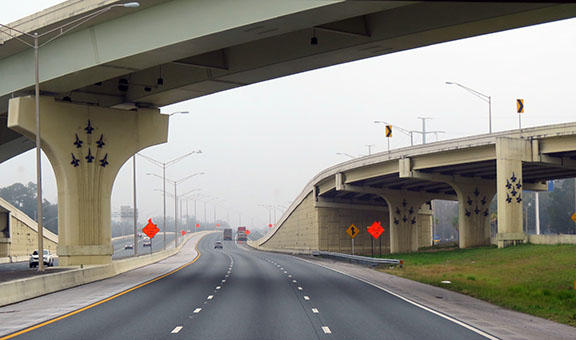 It was pretty foggy for part of our trip whenever we crossed wide bays or rivers. 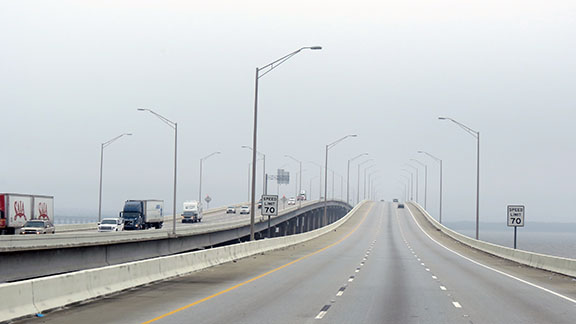 And of course, there was plenty of road construction. In several places the roadway was down to one lane for a few miles at a time, but they left us plenty of room to get through with no problems. 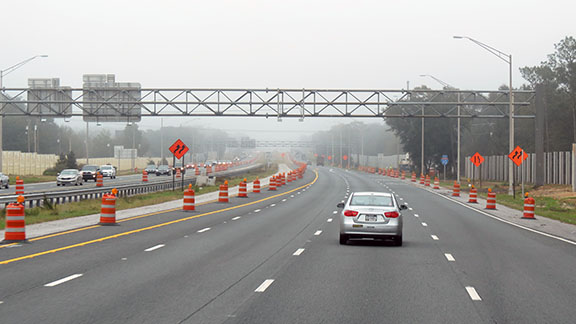 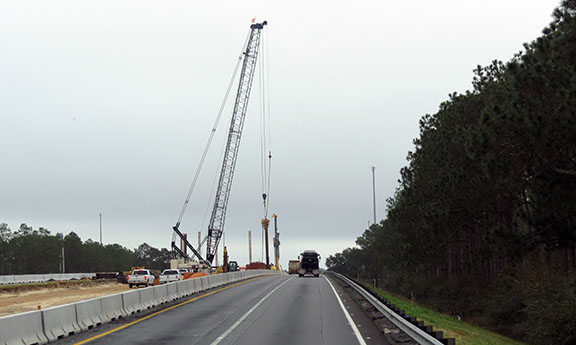 We stopped at the Flying J at mile marker 192 near Tallahassee, and I was reminded of an experience my buddy Greg White had at a Flying J in Texas a few days ago. We pulled up to the RV fuel island and the pump was so darned slow that it took us 45 minutes to put in 66 gallons of diesel. And, even with our Flying J discount card, it was still $2.04 a gallon. 19 cents a gallon more than we could have bought it for back in Alabama. Of course, compared to what we’ve paid in the past, it was still a heck of a deal.


About 30 miles down the road we got off of the interstate and onto US Highway 19 and took it southeast another 35 miles to the small town of Perry, Florida. Most of the route was excellent divided four lane highway. 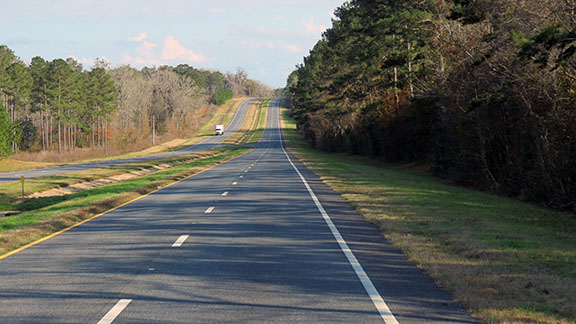 The Elks lodge here has 14 back to back RV sites on level grass with 30/50 amp electric and water. There is also a dump station at the lodge. All this for only $15 per night. We have saved a ton of money over the years with our memberships in the Elks, Moose, and VFW, camping at lodges and posts from coast to coast and border to border.

We were the only RV there, which was good because the first two electric pedestals we tried to plug into didn’t work. One was completely dead, and the 50 amp outlet on the next one was dead, though the 30 amp worked. No problem, we moved over a bit and the third time was the charm with good 50 amp power, along with a clear shot of the sky for our rooftop satellite TV dish, and a good 4G Verizon signal. 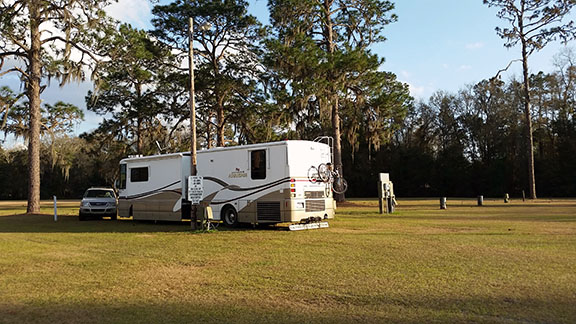 Since we are going to be bouncing around Florida for the next four or five months, I logged onto Dish Chat and had them switch our local channels to the Orlando feed, which we’ve used as far south as the middle Keys.

We had covered 305 miles in six hours, including the time we spent at the Flying J, and once we were parked and hooked up it was time to find something to eat. I asked one of the fellows in the lodge and he pointed us toward Goodman’s BBQ a mile or so away. We always like sampling the local food. Sometimes it’s really good and sometimes it’s really bad. But more often than not we come out ahead.


Goodman’s was okay and if we were here again and hungry for barbecue we’d go back. But Terry and I agreed it wasn’t good enough to get included in our Favorite Restaurants book. I ordered a two meat combo with sliced pork and beef, along with fries, garlic toast, and fried corn on the cob. The portions were very generous, and while the food was okay, it was a bit dry and just not good enough to get excited about. 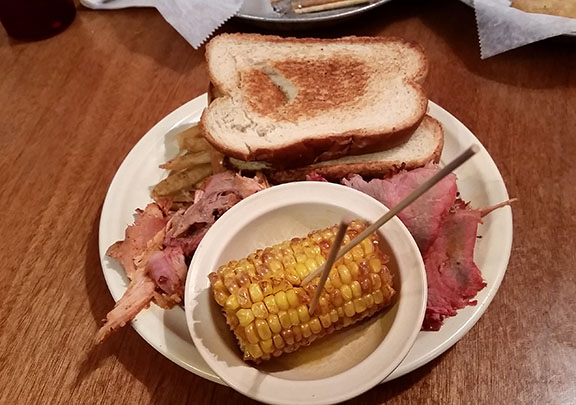 Terry had small bowl of Brunswick stew along with a baked sweet potato and fried green tomatoes. Again, she said it wasn’t bad, but it wasn’t anything to write home about, either. The good news is that all of that, plus as much iced tea as we could drink, all came to $19.95. 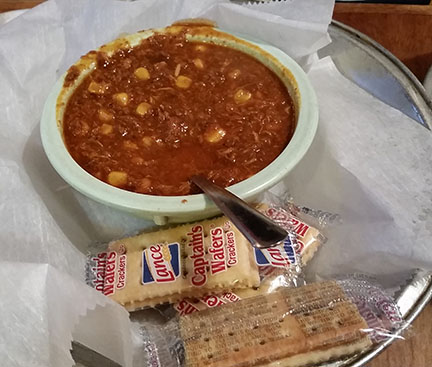 And, they have a big lot next to the restaurant that will accommodate large RVs. We know this because there was a Class A towing a car behind it parked there, and the people from the RV were inside having dinner.

We’ll have a short drive today, about 165 miles, to the Escapees Sumter Oaks campground near Bushnell, Florida. We’re looking forward to seeing a lot of friends who are in that area, Miss Terry wants to go to the big flea market in Webster and we will be setting up our Florida residency. So it’s going to be a busy time.

Thought For The Day – Did you know that a candle flame smells just like burned nose hair?

7 Responses to “A Good Day On the Road”