Nick's Blog » Time To Get Back To Work

Tuesday afternoon I sent the new issue of the Gypsy Journal off to the printer in Michigan, and yesterday was a goof off day. We slept in a bit and then spent some time snuggling and enjoying not having to jump right back into the computer work before we finally got up and ready to greet the day.

We had a few errands to run, so in the early afternoon we headed out for the post office to mail off an order and to the bank to make a deposit. We knocked a couple of other little chores out and then stopped at Terry’s parent’s place to visit with them for a while.

Back at home, I worked my way through some email that had come in while we were gone, while Terry made dinner. The other day she and her mom picked a couple of big bags of lemons from one of their neighbor’s tree. Freshly squeezed lemonade is better than anything you’ll ever get from a can. 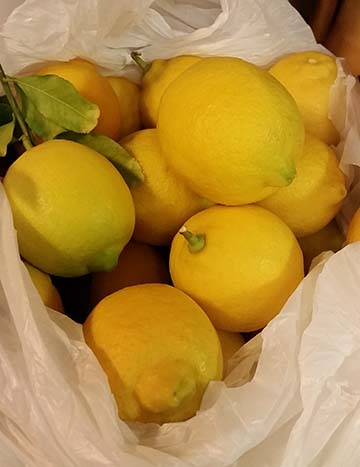 Now that the new issue is done I have some time to kill while the printer checks it for any errors and I start formatting the digital edition. But that doesn’t mean I can get lazy (lazier?). I was getting close to finishing my newest book before we got sidetracked with all the medical stuff and I need to get back to work on it. The good thing, or at least I think it’s a good thing, is that while it’s been sitting there waiting for me to get back to it I came up with a couple of plot twists that I think are really going to add to the story. I’ve missed writing. Even if my books didn’t sell (and I’m very glad that they do sell), I’d still be writing them. It’s something I really enjoy.

I had to chuckle at two of the emails I got yesterday. One was from somebody who said they were looking for an RV site for the season somewhere in Florida and found a place they really liked online. But when they called the office to see if they could come by in their car to look at the sites that were available they were told no, only residents were allowed in. They said they tried to explain to her that they were very interested in getting a seasonal site, but the girl on the telephone said that for security reasons, only those who already had a site were allowed on the grounds. It kind of makes you wonder how anybody ever got a site there to start with, doesn’t it?

The other email was from a couple who were RV shopping this past weekend. They said the young eager beaver salesman who was showing them around the dealer’s lot took them to a gas powered Class A and started telling them all the advantages of how the diesel pusher was going to give them so much power, towing capacity, and cargo payload. The husband pointed out to him that this was a gas rig and the salesman insisted no, this is a diesel pusher. Then the wife asked him what the big hump between the driver and passenger seats was and the salesman told her it was extra storage. The fellow who wrote the email said he was tempted to take the cover off and say that must be where the “extra” engine was stored on that brand of diesel pusher. As he wrote in the email, “It’s okay to be a newbie, and everybody has to start somewhere, but if you’re going to try to sell something as big and expensive as an RV, you really ought to know the basics.” Gee, ya think?


It’s Thursday, and that means it’s time to kick off a new Free Drawing. This week’s prize is an audiobook of Murder In Elysium, a riveting small town mystery by my friend George Wier, one of my favorite authors. To enter, all you have to do is click on this Free Drawing link or the tab at the top of this page and enter your name in the comments section at the bottom of that page (not this one). Only one entry per person per drawing please, and you must enter with your real name. To prevent spam or multiple entries, the names of cartoon or movie characters are not allowed. The winner will be drawn Sunday evening. 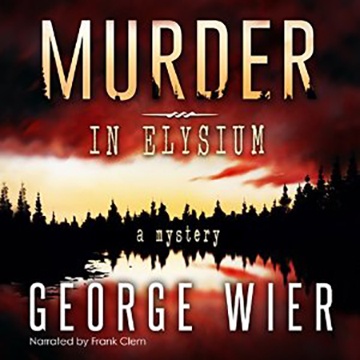 2 Responses to “Time To Get Back To Work”