It’s over already? Wow, that was a fast year! They say that as we get older time goes faster, and I think that must be true. So what was 2015 like for us?


We started the year in Florida at the Three Flags RV Resort in Wildwood, one of our favorite campgrounds in the Thousand Trails system. Then, in mid-January, we spent a few days at the Tampa RV show, wading through the crowds of people in the vendor buildings, and checking out some of the new RVs on the market. It was a lot of fun, but by the time we were finished our feet were so sore we could hardly walk. 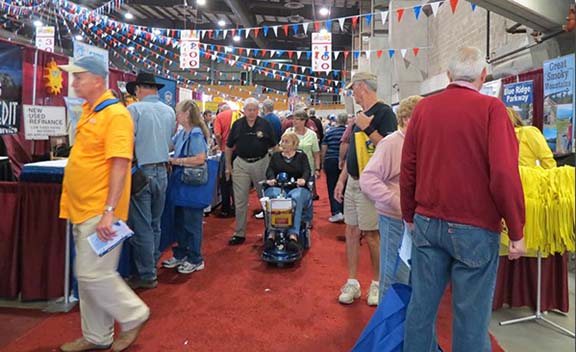 When we left the show we drove north to Tuscaloosa, Alabama to spend a week visiting with my son Travis and his wife Geli. That was a lot of fun, and an added joy was introducing Travis to the sport of kite flying. It took him about a minute of flying my Prism Snapshot 1.9 speed foil for him to be hooked.

From there we traveled west and made a quick overnight stop at the Escapees Rainbow’s End campground in Livingston, Texas and then continued on the next day to the Colorado River Thousand Trails in Columbus. Our friends Greg and Jan White were there and we had a good time hanging out with them.

Our next stop was Mission, Texas to see my buddy Jim Lewis and our good friends Ron and Brenda Speidel. We’re not fans of the Rio Grande Valley, and while it was great seeing our friends, we weren’t sorry to put Mission in our rearview mirror. So after a week there we went to the Escapees Lone Star Corral co-op in Hondo. Unfortunately, by the time we got there we were both fighting terrible colds and didn’t get to visit with folks as much as we wanted to.

We needed to get to Tucson, Arizona for the big Escapees rally and for some medical appointments in March, so we made a fast trip from Hondo to the Grand Canyon State. The rally was a lot of fun, we saw many of our friends and made some new ones, and I presented several of my seminars there. 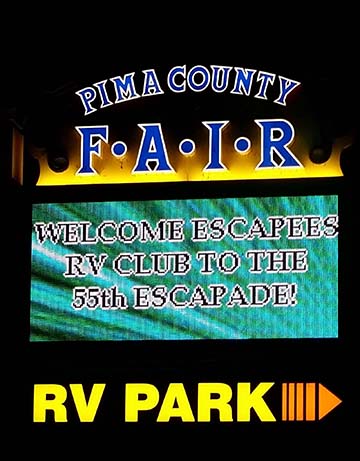 We hung out in Tucson for a week after the rally, then went to Apache Junction, Arizona to spend a month visiting Terry’s parents and sisters. It’s always fun to get together with family. When we left Apache Junction, we drove north to our old hometown of Show Low, Arizona to visit with my daughter and our granddaughters for a month.

For several years we had been talking about wanting to spend a summer on the Oregon coast, so after a two-week stay at the Las Vegas Thousand Trails, we drove north to Reno, then west to the coast and followed US Highway 101 north. We love the redwood country, but that route has so many twists and turns that you can’t allow yourself to do much rubbernecking along the way.


However, when you can, the views are spectacular all along the Oregon coast. We stopped in Brookings for a few days, then spent two weeks at the Thousand Trails in Florence, which we will probably never return to. If you like rustic nearly primitive camping, mud, and lots of tree stumps it might be your cup of tea, but it wasn’t ours. 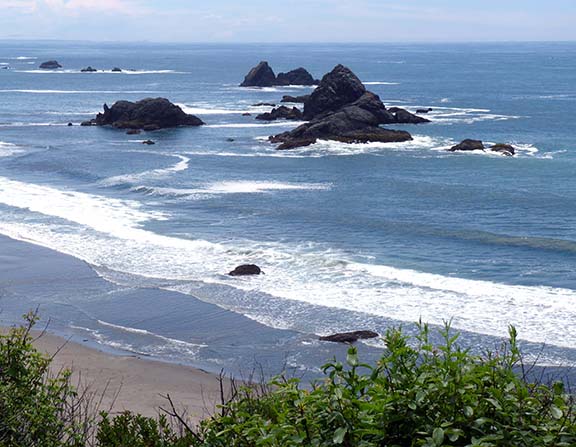 Our next stop was one of our favorite towns on the Oregon coast, Newport, and we spent a couple of weeks at Whalers Rest Thousand Trails there, sampling the local seafood, flying our Revolution kites on the beach, and wandering around the historic waterfront. We could live there quite happily during the summer, but the rest of the year it’s too damp and cold for our weary old bodies. 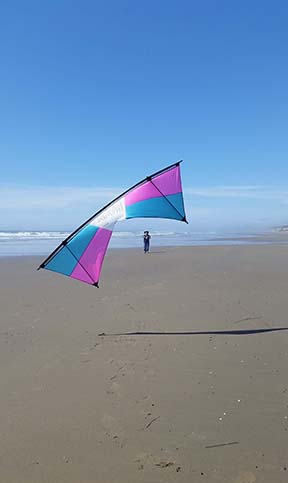 Moving farther north we spent two weeks at the Seaside Thousand Trails, then went 35 miles north to Long Beach, Washington to the Thousand Trails there for three weeks. That included a lot more kite flying and attending the fabulous Washington State International Kite Festival. Our pal Nancy Kissack is also a kite flyer and the three of us spent a lot of time together on the beach learning how to put our Revolution kites through their paces.

We spent the next two months bouncing back and forth between Long Beach and Seaside every two or three weeks and had a fabulous time. One of our goals for the summer was to become more proficient with our kites, and I think all three of us succeeded quite well.

As we said goodbye to summer and entered into fall, the weather started turning colder and wetter, and we knew it was time for us to say goodbye to the coast. We traveled south to Newport again and spent a week, then went inland for an overnight stay at the Escapees Evergreen co-op in Sutherlin, Oregon. From there we started heading south on Interstate 5, running under heavy clouds and in sporadic rain much of the way.

We spent a week parked at Nancy Kissack’s house in Atwater, California, where I made friends with her parrot Jonathan and we helped her repair and replace some light fixtures on the outside of her garage and house.

Terry and I spent our honeymoon in Morro Bay, California, and we always like going back. So we drove to nearby Atascadero and spent a week at the Elks Lodge campground. Our friends Tom and Barbara Westerfield met us there and we had a good time hanging out, exploring, and sampling all of the local restaurants we could get to. 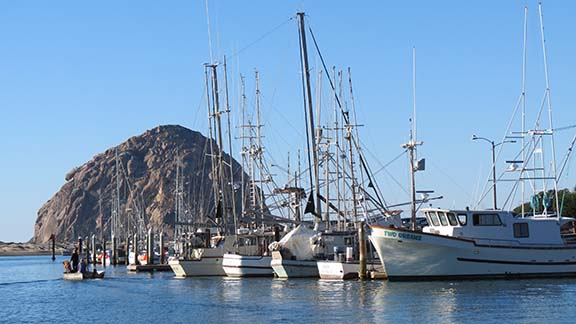 Ever since we started full timing, people have been telling us how great the Jojoba Hills Escapees co-op in Aguangua, California is, so after an overnight stop at the fairgrounds in Lancaster, California we went to check it out. It’s probably the nicest Escapees co-op there is, and what I saw of it I liked. But unfortunately, a trip to the ER resulted in four days in the hospital being treated for acute pancreatitis, and then several days pretty much cooped inside the motorhome recuperating and gathering enough energy to return to Arizona and the VA hospital in Tucson.


We spent a week at Voyager RV Resort in Tucson while I had some follow-up medical appointments, and then we returned to Apache Junction to spend the holidays with Terry’s folks. Now we’re back in Tucson for more medical tests and anxious to get done so we can get back on the road looking for new adventures. All total, it looks like we put 7,650 miles on the motorhome in 2015, up from the 6,316 miles we traveled the year before. Along the way we made many wonderful memories that we can look back on for a long, long time. 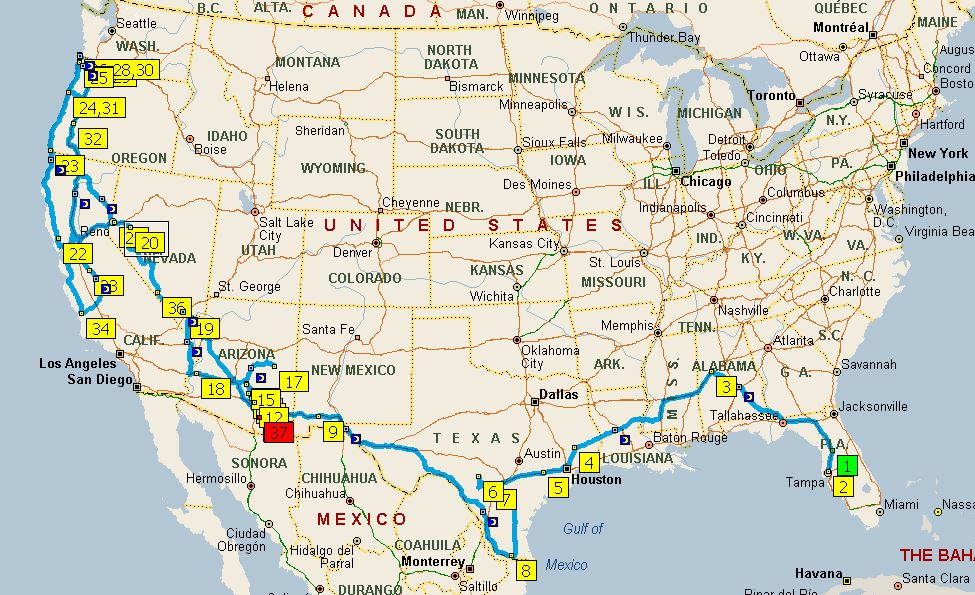 I hope 2016 holds a lot of fun, joy, and love for all of you. And somewhere along the way, I hope we see you in our travels.

Thought For The Day – 2015 will be remembered as the year the whole country was offended by everything.