After reading Tuesday’s blog in which I mentioned using our Craftsman air compressor to air up the motorhome’s tires, somebody wrote to ask if it would really work for tires on a rig as big as ours. Yes it does. I had one tire with a bad valve extender that had leaked down to about 20 psi and I brought it right back up 110 psi with the compressor. And yes, it’s the same one that Amazon sells under the Porter Cable name for $109.99. Just because it doesn’t cost a lot of money doesn’t mean it’s not up to the job and that it won’t hold up well over time. I’ve been using mine for several years now and have never had a problem with it.


We talked about running into Newport and playing tourist yesterday, but as it turned out we never even left the campground. Sometimes you just want to stay home, so we did.

I spent some time researching a route south when we leave this area, and then some neighbors came over to ask for my assistance with their long-range antenna setup like we have. In fact, they bought theirs after seeing how well ours worked when we were here in July. Unfortunately they haven’t been able to make it work for them and were pretty frustrated. With the caveat that I am not any kind of a technical person, I agreed to go over to their Cardinal fifth wheel and take a look at it.

The first thing I noticed was that in addition to the same set up I have with the outside antenna, Wilson signal amplifier, and flat-panel antenna inside the motorhome, they had some kind of Netgear Wi-Fi adapter plugged in. They said they have not been able to get online since getting the system, and after fooling with it for a while, I couldn’t either. They had a signal coming in from the antenna to their Samsung S5 smart phone that they’re using for a hotspot, but their computer would not communicate with the smart phone. Since I was stymied, I called tech support (Greg White).

It didn’t take long for Greg to determine that the Netgear adapter wasn’t needed, and that the real problem was they had not authorized the computer to connect with the phone, which he proceeded to talk us through. Once that was done they were able to connect to the signal, though they still couldn’t get online. So we solve one problem but not the other. I think that may be because the are down in kind of a low spot and the signal just can’t get through the trees and surrounding terrain with enough strength to do them any good.


Back at the motorhome, Miss Terry was watching some videos on weaving techniques and she said she picked up some very good pointers from it. I spent some time writing, getting another 1650 words done on my new book. I also formalized an agreement with Bruce Miles to narrate the audiobook edition of Big Lake Burning, which should be out sometime in December. Bruce has done the audibooks for all of the books in the Big Lake series and always does a great job on them.

Today I think we will run into town and play tourist for a while, and make our first Walmart visit in about three months, since we haven’t been one since we were here back in July.


It’s Thursday, and that means it’s time to kick off a new Free Drawing. This week’s prize is an audiobook of Chesapeake 1880 by my friend Ken Rossignol, a tale of life in the Chesapeake Bay region as the industrial revolution changed the world forever. To enter, all you have to do is click on this Free Drawing link or the tab at the top of this page and enter your name in the comments section at the bottom of that page (not this one). Only one entry per person per drawing please, and you must enter with your real name. To prevent spam or multiple entries, the names of cartoon or movie characters are not allowed. The winner will be drawn Sunday evening. 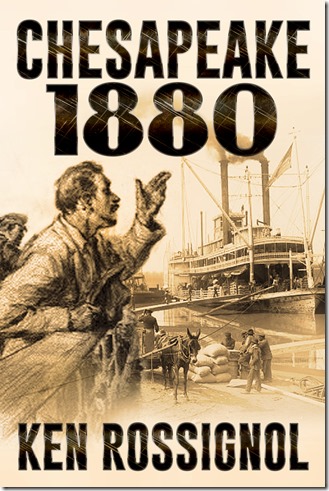 And if you like science fiction, my friend Stephen Arseneault has just released HADRON Dark Matter, the first book in his new HADRON series. Stephen is a very accomplished author whom Terry and I had the pleasure of meeting and having dinner with, along with his lovely wife Lori, when we were in Florida last year. Stephen also has three other excellent sci-fi series, Amp, the Sodium series, and the Omega series. Check them out, I bet you’ll become a fan too! 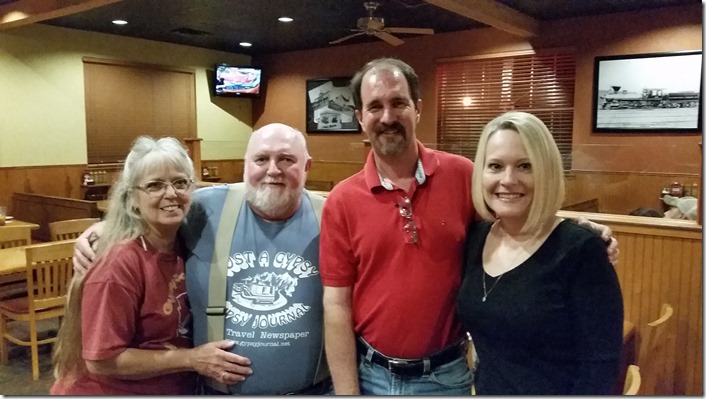 Thought For The Day – If your dreams don’t scare you, they’re not big enough.

One Response to “Yes, It Really Works”