We were up at 7:30 yesterday morning because we had an appointment to get our Winnebago’s two-piece windshield replaced. The shop is just off U.S. Highway 101 in Warrenton, about ten miles from the campground, and on the way there I pulled into the same weigh station we stopped at three weeks ago to weigh the motorhome again.


Since we weighed it the first time we have donated a lot of stuff to Goodwill, and the scales showed we dropped 600 pounds, but we still have a ways to go. Just like with people, dieting in an RV is hard work!

They were waiting for us when we got to Atlantis Auto Glass in Warrenton and guided me into an open air bay in the back of the shop, and the owner and one of his employees went right to work. 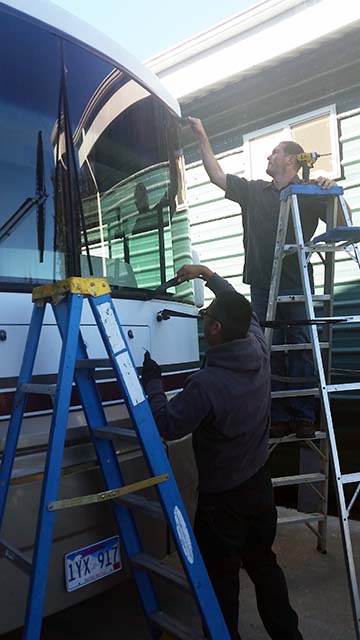 Before we hit the road, Terry ran a commercial glass shop doing everything from storefronts to automotive glass, and she’s a perfectionist who knows and appreciates good work. She was very impressed with everything they did, from removing the old glass to dealing with some rust in the window channels, prepping the surface for the new glass, the final installation, leak test, and cleanup afterward. She said the guys at Atlantis are as good as anybody she’s ever seen, and better than most. We would have no hesitation recommending them to anyone. They will definitely be added to our RV Good Guys guide! 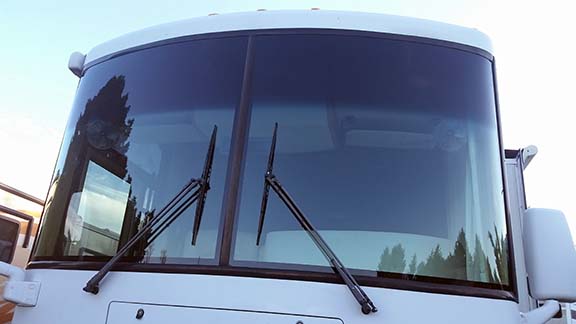 We were scheduled to leave Seaside October 13, but it looks like we’ll have to extend for a few days. I’m working on the new issue of the Gypsy Journal, and it seems like the only place our printer can get it shipped to us is to either Portland or Astoria. Under our Thousand Trails membership, twice a year we can extend our stay at a park for an extra week for something like $26, so we’ll do that and get it shipped to Astoria and mailed out before we take off.


A lot of subscribers to the print edition of the paper are renewing for the new digital issue, and since we announced that we are shutting down the print issue soon, we’ve only had one longtime subscriber who has chosen not to renew and switch.

In yesterday’s blog I wrote about some of the difficulties of having a pet when your RV has to go into the shop, and in the comments under it said that Terry and I have chosen not to have any pets while fulltiming because we are away from the RV for hours at a time. Someone responded saying he didn’t know I was such an animal hater. Go figure. There’s always at least one in every crowd.


Speaking of dogs, when I saw this truck yesterday I had to take a picture. I wonder how many times that name gets misspoken? 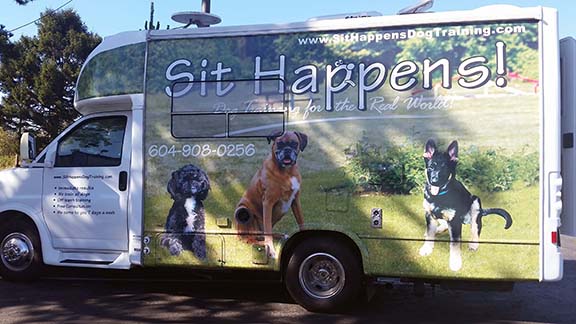 My friend Steven Thomas has just released a new book that I think you’ll enjoy. Chase The Rabbit is the first book in the Gretch Bayonne action adventure series that stretches from the barrooms of New York City to the movie studios of Hollywood, and captures the early 1930’s as freelance writer Gretch “Bay” Bayonne rubs shoulders with the famous and infamous of the day. I wrote the foreword for Steven’s book and I think it’s a series you’ll enjoy.

5 Responses to “Terry Was Impressed”