The latest nonsense making the circuit around campfires and RV internet forums is about gangs of thugs approaching RVers at truck stops while they are getting fuel and luring them to the back of their rigs by claiming somebody hit them and telling them that they have a big dent. When they follow them to the rear of their RV they are beaten and robbed. They tell you that it happened at a Flying J in Tulsa, or a Love’s in Tampa, or maybe it was a T/A truck stop in Toledo. And all the cops know about it!


Of course, when you tell them this is yet another urban legend, they swear it really happened! They know because their brother’s neighbor’s nephew is friends with the pizza delivery boy whose uncle told him about it happing to a guy he works with. Well, okay then. I didn’t know you had that kind of proof!

99.9% of these stories are pure BS. In 16 years of publishing the Gypsy Journal I’ve heard them all, including the killer who slips into your RV while you’re getting fuel and waits until you’re driving down the highway to sneak up behind you and shoot you in the back of your head as you’re driving down the highway. And the man who was drugged and had his kidney’s stolen at a truck stop. And the couple whose teenagers daughters were kidnapped at gunpoint at a rest area and sold into white slavery in the Mideast. But I’ve never found any police reports or proof of any of them. But they all really happened! I know, because a fellow at a car wash told me about his cousin who…. well, you get the picture.

We had a wonderful treat yesterday. Our friends Wil and Cyndy Olsen invited us down to their fifth wheel for dinner. And what a dinner it was! Sockeye salmon cooked on cedar planks on the grill, twice baked potatoes, corn on the cob, and fresh baked rolls from Miss Terry. She also gifted them a freshly baked loaf of her oat bread. 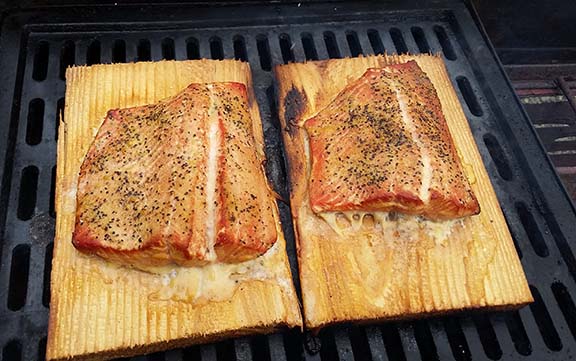 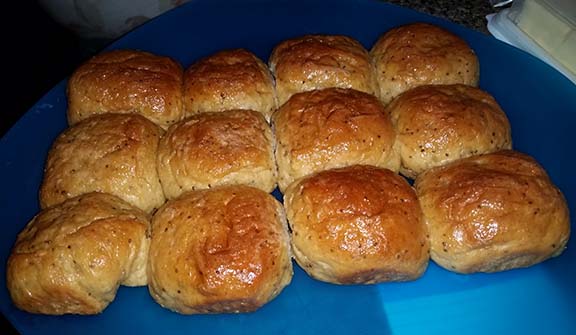 Desert was this razzleberry pie. 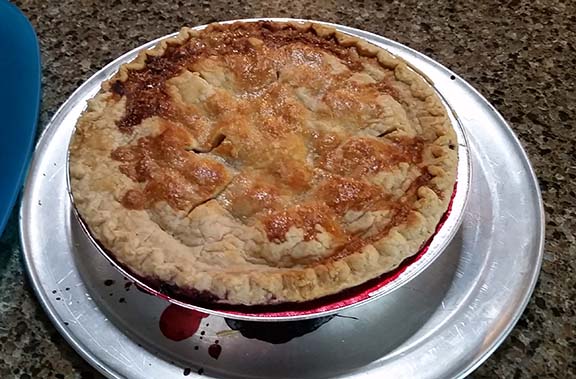 It was the best salmon Terry or I have ever had, and having lived here on the coast at one time, I’ve eaten a lot of salmon in my life. And, of course, along with the food was a lot of fun conversation. We’ve known Wil and Cyndy for years, but usually when we cross paths it’s at an RV rally where we’re all working and don’t have a lot of time to visit. Thanks, Wil and Cyndy, for the delicious dinner and your friendship.


Congratulations Nancy Beck, winner of our drawing for an autographed copy of Miss Terry’s Kitchen. We had 301 entries this time around. Stay tuned, a new contest starts soon.

Thought For The Day – A friend of mine was complaining about how expensive his wedding was. He’s going to be really upset when he finds out what his divorce is going to cost him!

2 Responses to “It Really Happened!”