What part of “Burn Ban In Effect” don’t people understand? Some folks in overflow here at the Long Beach Thousand Trails preserve had a barbecue or something going yesterday and there was a big patch of burned grass about 10×10 feet next to their rig Monday. Yesterday afternoon they had the barbecue going again, along with a campfire! I reported it to the rangers. I’d prefer they don’t burn the whole place down, including my RV. I like this campground a lot, but the rangers never seem to be out checking things out and making sure any rules are enforced.


Who says you have to have the biggest rig in the campground? Not these folks! I’m afraid if I were up there I’d go sleepwalking and break my neck. 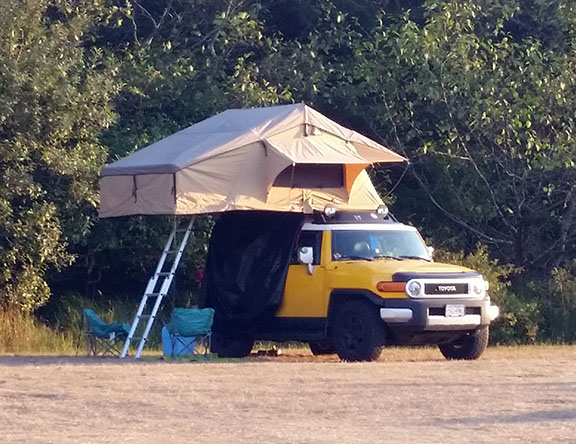 Yesterday, Terry, Nancy Kissack, and I went back to the beach to spend some more time at the kite festival. I just can’t get enough of watching these giant kites, that can cost thousands of dollars, floating in the sky. 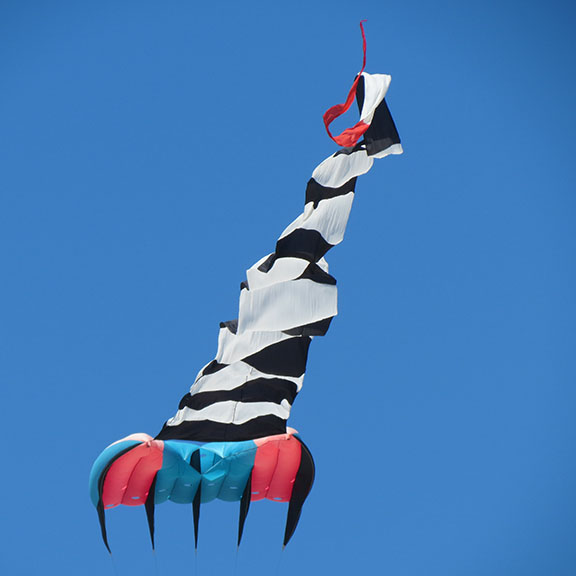 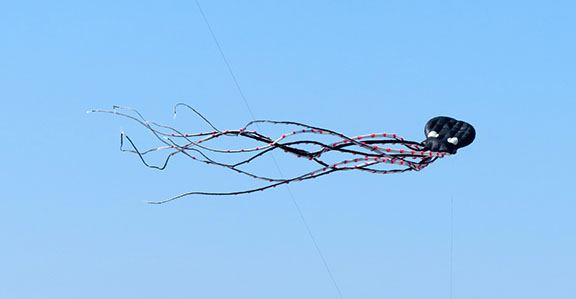 We had a lot of fun watching the Rokkaku kite battles, in which flyers try to knock their opponents’ kites out of the sky. These simple 48 inch kites are made out of Tyvek and the owners decorate them to match their own style. 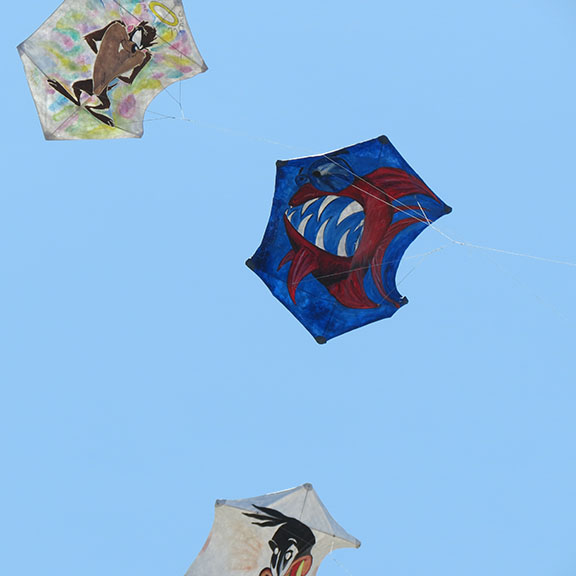 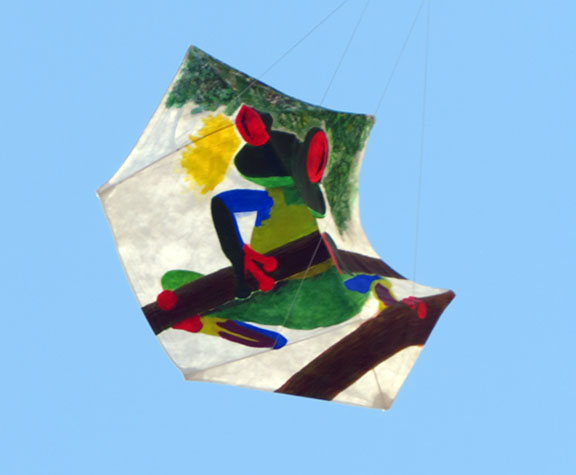 This is Ronda Brewer, owner of Phantom Star Kites. They produce kits to construct your own Rokkaku kite. She made most of the kites in yesterday’s battle. 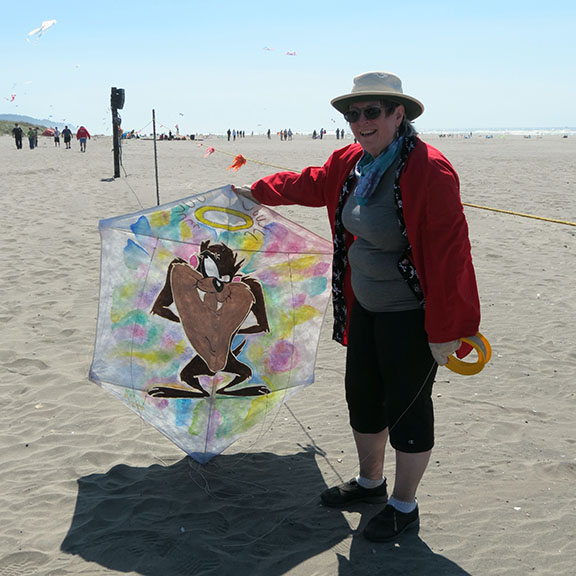 These three Revolution kites are called Vickies, as in Victoria’s Secrets. They don’t have any center fabric, only the thin strips of fabric on the frames. Somebody told me one of the fellows who has one has a dollar bill tucked into one. I wonder where he spends his Friday nights? 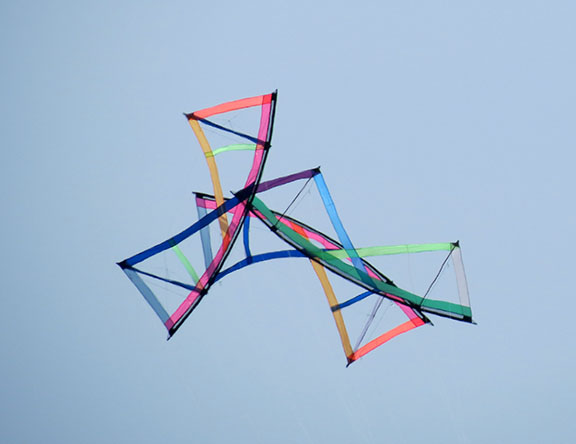 What do you think of my new look? This is a Columbia Sportswear neck gaiter with built in SPF 50 UV protection. After my bout with skin cancer last year and the painful chemical treatment required, I’m trying very hard to avoid a repeat performance. Maybe I’ll use this picture on the back of my books. 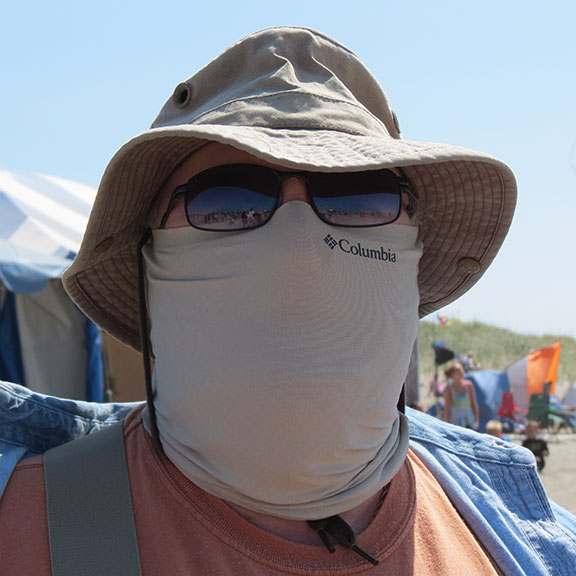 By the time we were done at the festival for the day our stomachs were grumbling, and Chinese food sounded good to all of us. So, after a quick potty stop at the campground, we drove into Astoria for dinner at Golden Luck. It was as good as always and I suspect we’ll make it back again while we’re in the area.


Both going and coming, we had to stop for a flagman on the bridge, way up on the high part. I’m not sure if that was because we actually needed to stop, or if it was simply because the flagman wanted to see if he could make the fat neurotic guy snivel. Whatever the reason, it worked.

Thought For The Day – I burned 3,000 calories yesterday. That’s the last time I take a nap with brownies in the oven.

5 Responses to “Rules? What Rules?”