Caldwell: Future president Grover Cleveland was born in the house at 207 Bloomfield Avenue in 1837 that has been preserved as the Grover Cleveland Birthplace State Historic Site, the only house museum in the country dedicated to the interpretation of President Cleveland’s life. It is the nation’s leading repository of Cleveland artifacts and political memorabilia. 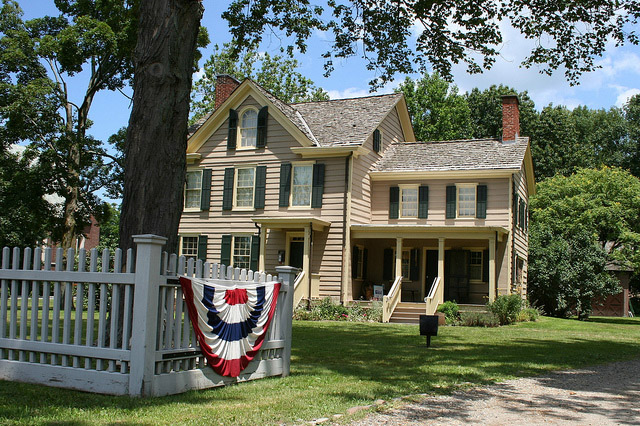 Camden: America’s most decorated battleship, the USS New Jersey, is now retired from active service and is a museum where visitors can take guided and self-guided tours. 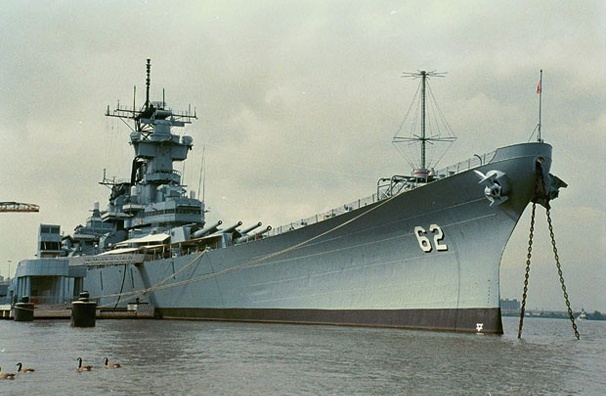 Cape May: Historic Cold Spring Village is an Early American open air living history museum that brings to life the day-to-day activities of villagers living in the early 1800s in South Jersey. Visitors can make a personal connection between the past and present through the village’s interactive, educational, and hands-on family activities. 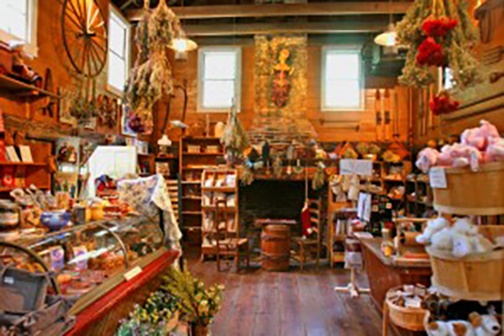 Cape May Point: Visitors who climb the 199 steps to the top of the 157-foot-high Cape May lighthouse, built in 1859, are rewarded with a spectacular view of the scenic Cape May Peninsula.

Far Hills: The United States Golf Association Museum is home to the world’s most extensive collection of golf memorabilia and literature, and promotes a greater understanding of golf’s cultural significance to the nation.

Farmingdale: Allaire Village, a historic iron making town now in Allaire State Park, was known as the Howell Works in the early 19th century. The buildings which remain today include a general store, blacksmith shop, carpenter’s shop, manager’s house, foreman’s house, and a church. One of the workers’ row house buildings is now the Visitor Center and Museum. 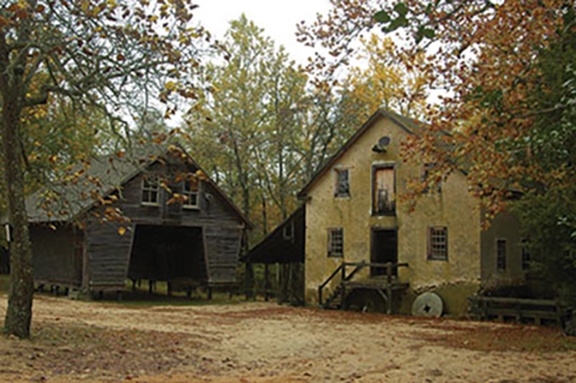 Hardwick: Located in the Delaware River National Recreation Area, Millbrook Village is a re-creation of a turn-of-the-century village that shows life in a typical village during the 1850-1900 time period. During summer weekends visitors can see demonstrations of crafts and activities of a typical rural American village. 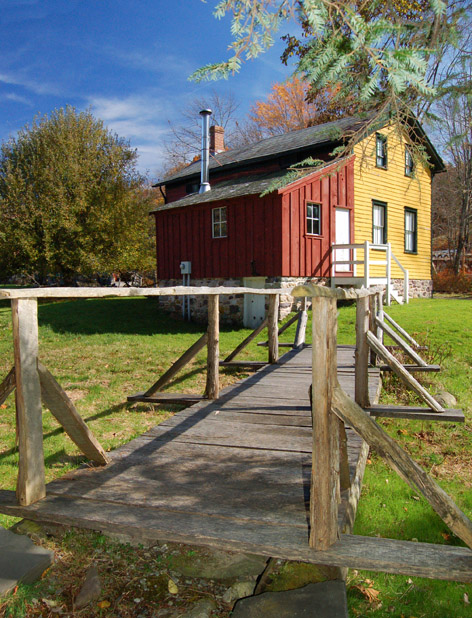 Hoboken: A plaque in a small park on Hudson Street in Hoboken marks the spot where Aaron Burr shot Alexander Hamilton in a duel in 1804. Ironically, Hamilton’s son was killed in a duel in the same place three years earlier.

Lakehurst: One of history’s first air disasters occurred in Lakehurst on May 7, 1937, when the German airship Hindenburg burned, killing 37 people.

Llewellyn Park: Thomas Edison and his wife are buried at their mansion here.

Manalapan: At Monmouth Battlefield State Park, George Washington’s Continental Army fought the longest battle of the Revolutionary War in June, 1778. It was at this battle that a wounded soldier’s wife the troops had nicknamed Molly Pitcher took over her husband’s cannon and continued the fight. The park includes a restored Revolutionary War farmhouse and a visitor’s center.

Morristown: The 200-acre Fosterfield’s Living Historical Farm has been under cultivation since the 18th century. Visitors are encouraged to participate in various farm-related activities such as churning butter, cracking corn, and feeding chickens. Staff dressed in period attire interpret the lives and roles of Foster family members, domestics, and farm laborers as they perform daily chores and raise livestock and crops using historical methods.

Morristown: You can also experience life during the early years of the Industrial Revolution and the dawn of a new era in communications at Historic Speedwell National Historic Landmark. The site preserves the restored estate of Stephen Vail, proprietor of the Speedwell Iron Works from the early to mid-1800s, and the factory where Alfred Vail and Samuel F. B. Morse perfected and demonstrated the electro-magnetic telegraph, in 1837-1838.

Princeton: The fiercest fight of its size during the American Revolution took place here in January, 1777, at what is now Princeton Battlefield State Park. The Battle of Princeton gave Washington his first victory against the British Regulars on the field.

Stanhope: Waterloo Village is a living history museum that stands at the site of the Waterloo iron making village that supplied the Continental Army during the American Revolution.

Stockton: The Delaware and Raritan Canal State Park is one of central New Jersey’s most popular recreational corridors for canoeing, jogging, hiking, bicycling, fishing, and horseback riding. The canal and towpath are part of the National Recreational Trail System. With its 19th century bridges, bridge tender houses, locks, cobblestone spillways, and hand-built stone-arched culverts, the canal is a tremendous attraction for history lovers.


Trenton: The Old Barracks Museum, originally built in 1758 to house troops during the French and Indian War, is best remembered for its role in the 1776 and 1777 Battles of Trenton during the Revolutionary War. Today the Old Barracks is a museum with exhibits on the French and Indian War, George Washington’s bold crossing of the Delaware River, the Revolutionary War battles of Trenton and Princeton, and life in 18th century America.

Tuckerton: Tuckerton Seaport is a recreated maritime village where visitors can discover the region’s rich maritime heritage and the dramatic interaction between culture and nature on Barnegat Bay. Decoy carvers, boat builders, basket makers, quilters, commercial fishermen, artists, and musicians welcome visitors to the Seaport’s recreated and historic buildings to explain exhibits on the artistry, history, and time-honored traditions of the Jersey Shore. 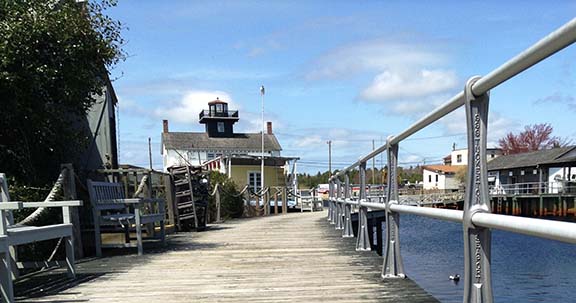 West Orange: Thomas Edison came up with the idea for the motion picture camera and phonograph, among others, while working at his factory here from 1887 to 1931. Now Thomas Edison National Historic Site, visitors can tour the inventor’s library, chemistry laboratory, and a re-creation of the world’s first motion picture studio. 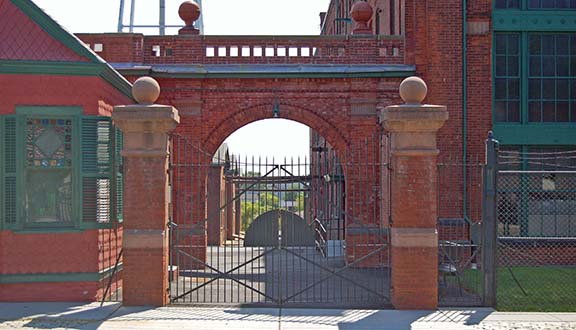 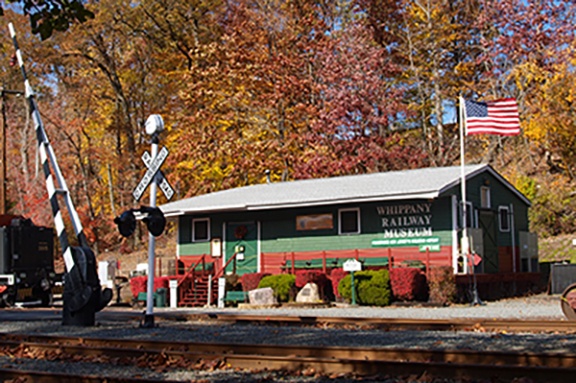 Congratulations Wayne McDonell, winner of our drawing for an audiobook of Pirate Trials: Famous Murderous Pirates Book Series: THE LIVES AND ADVENTURES of FAMOUS and SUNDRY PIRATES, by Ken Rossignol. We had 89 entries this time around. Stay tuned, a new contest starts soon.

Thought For The Day – Gratitude turns what you have into enough.