Derry: The Robert Frost Farm was home to Robert Frost and his family from 1900-1911. The simple two-story white clapboard farmhouse has been restored and is typical of New England in the 1880s.

Enfield: From 1793 to 1923, a thriving Shaker religious community lived in Enfield. Today the Enfield Shaker Museum preserves their homes and buildings and displays items from the people who lived here.

Exeter: Visitors can discover the stories behind America’s revolutionary past at the American Independence Museum. Among the museum’s collection of documents chronicling the nation’s founding is an original Dunlap Broadside of the Declaration of Independence and early drafts of the U.S. Constitution, American furnishings, ceramics, silver, textiles and military artifacts. 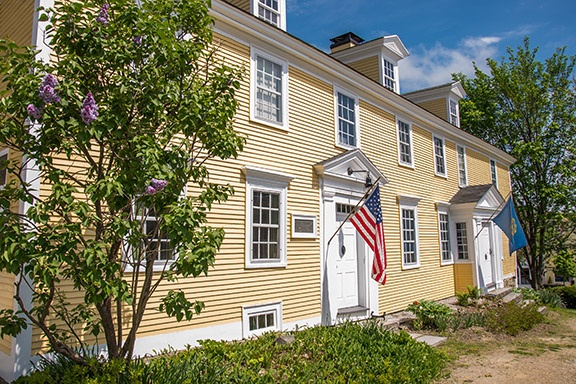 Franconia: The New England Ski Museum tells the history of skiing in the New England region. The museum displays hundreds of skis, ski clothing, movies and videos of skiing, photographs, and other artifacts.

Franklin: The Daniel Webster Birthplace State Historic Site affords a view of the early years of Daniel Webster, one of our country’s most respected orators and statesmen, and provides a glimpse of 1700s farm life in the infant years of the United States. 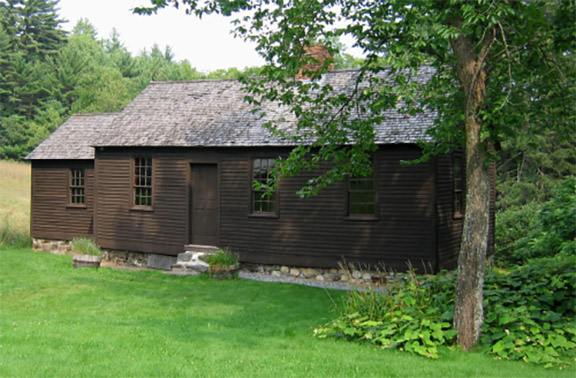 Hillsboro: The home where former president Franklin Pierce grew up has been restored and is open for tours. 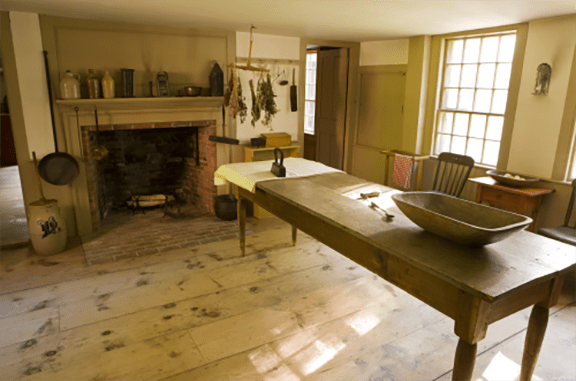 Manchester: Immigrants working in the textile mills of Manchester established the first credit union in the United States in 1908. America’s Credit Union Museum tells the story of the institution that helped working people save their money and acquire credit to improve their lives and their children’s futures.

Manchester: The Lawrence L. Lee Scouting Museum displays artifacts and memorabilia related to the Boy Scouts of America and has an excellent research library about all things Scouting. 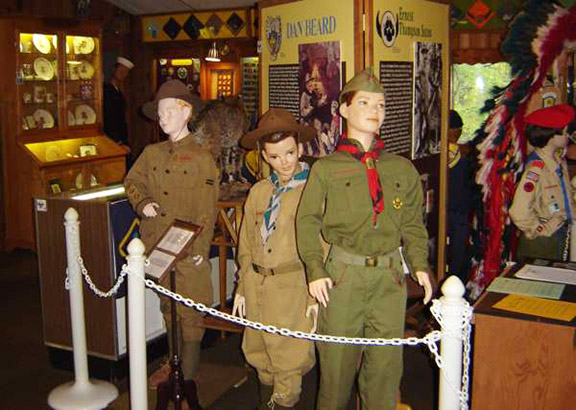 Manchester: The Millyard Museum, housed in historic Mill No. 3, tells the story of Manchester and the people who have lived and worked here. The story starts with the Native Americans who fished at Amoskeag Falls 11,000 years ago, continues through the early farmers and craftsmen, to the thousands of workers who made the Amoskeag Manufacturing Company the world’s largest manufacturer of cotton textiles. 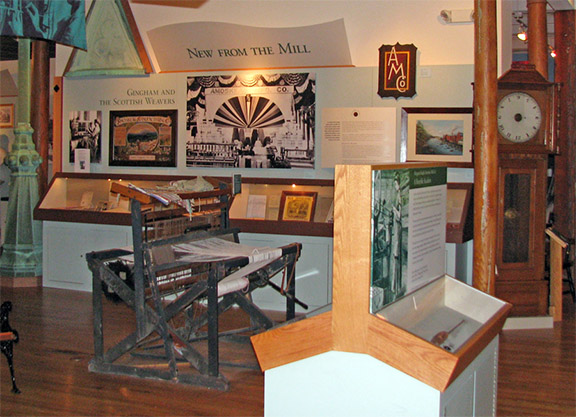 Moultonborough: For over 25 years, the Loon Preservation Committee has worked to preserve loons and their habitats in New Hampshire through research, management and educational activities. Displays, exhibits, award-winning videos, and interpretive talks introduce visitors to the wonders of New Hampshire’s environment and wildlife.

Mount Washington: The Mount Washington Cog Railway takes passengers on a three hour round trip to the top of the highest peak in the northeastern United States. 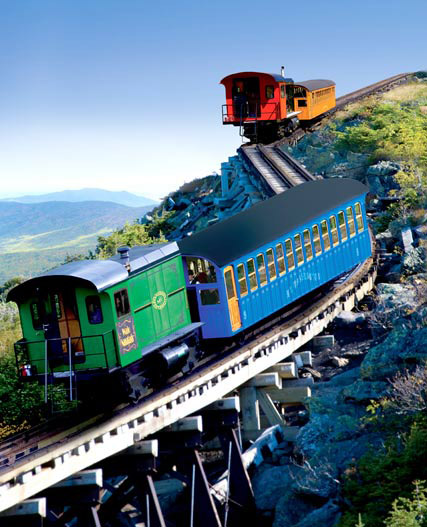 Portsmouth: Albacore Park is the site of a world-famous submarine, the Portsmouth-built USS Albacore, and of a memorial garden honoring those who lost their lives while serving aboard American submarines. Now a museum and open for tours, the USS Albacore helped form the roots of our country’s modern undersea fleet. 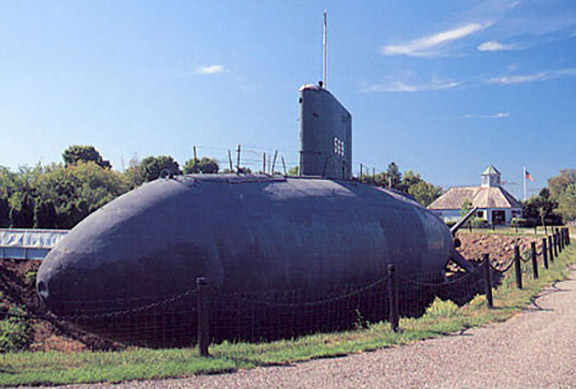 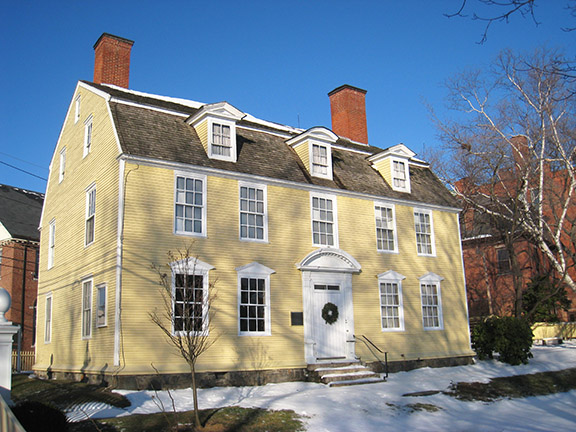 Portsmouth: Strawbery Banke Museum is a ten acre complex of historic buildings that formed the nucleus of the seaport town of Portsmouth in the 18th century. Costumed interpreters tell visitors the history of the old waterfront neighborhood and demonstrate Colonial skills. 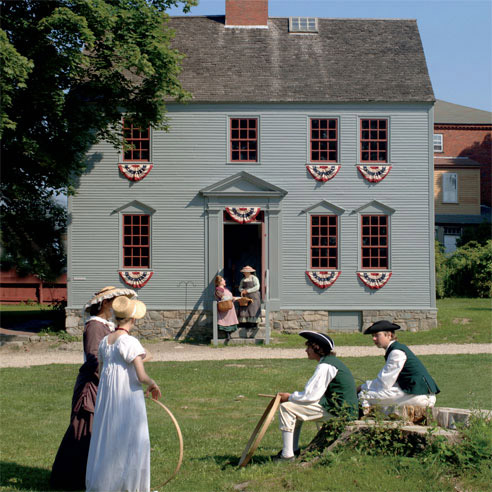 Rye: The White Island Lighthouse Station is one of New England’s great historic landmarks. This shining tower protected northeastern mariners from crashing into its rocky shores. It is also New Hampshire’s only offshore lighthouse. 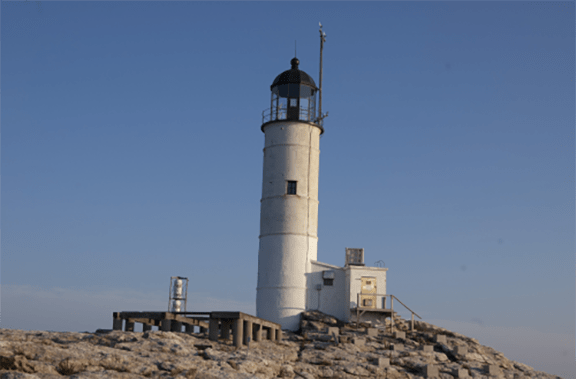 Salem: America’s Stonehenge, a hilltop strewn with strange rock walls and chambers erected by unknown ancients, has baffled scientists and historians for years. 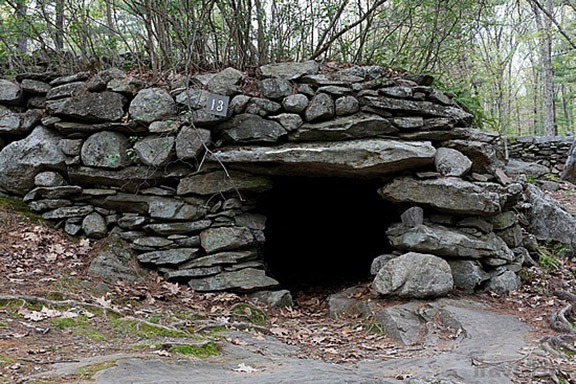 Stewartstown: The Poore Family Homestead Historic Farm Museum is a historic homestead documenting one family’s life from the 1830s to the 1980s. The house, barn and outbuildings are all in original condition and reflect their use over the years. 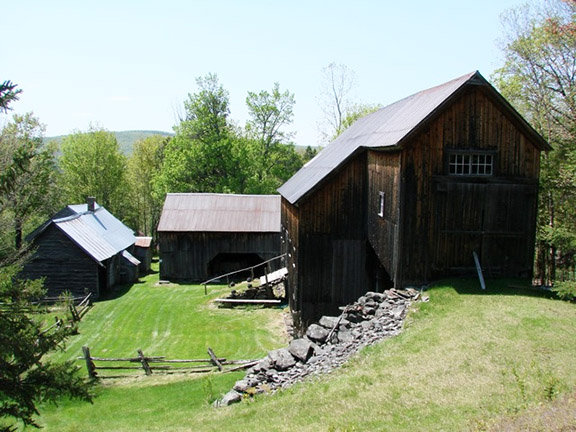 Tamworth: Two Doctor Remicks, father and son, served the community for 100 years. Now their homes and offices make up the Remick Country Doctor Museum and Farm, with two homes, a pair of doctor’s offices, and displays of medical equipment.


Wolfeboro: The Wright Museum tells the story of American life from 1939 to 1945 on the home front during World War II. 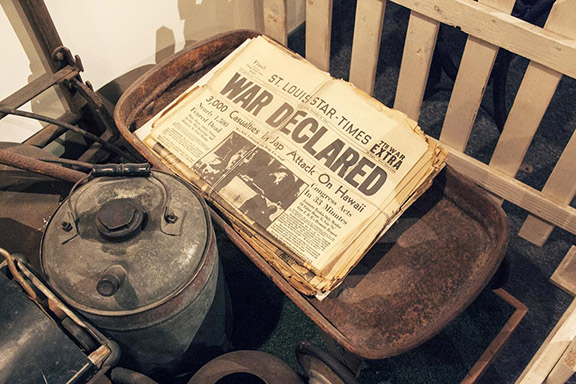 Thought For The Day – I’m not lazy, I just really enjoy doing nothing.