I’ve never been accused of being a brainiac. In fact, most folks who know me well are surprised that I can dress myself every morning or form a complete sentence. At best, I’m a simple man. Or was that simpleton? Either way, even I am amazed at how frequently I overlook the simplest solution to any problem as I waste my time and energy in search of a complicated answer.


A prime example was just the other day. I was working on the new issue of the Gypsy Journal and printing out the stories as I went so Miss Terry could proof them for me. When I’m, writing I spend a lot of time researching and checking facts on the internet. At some point I tried to print out a story I had just finished and nothing happened. That’s strange, so I hit Print again. Still nothing. The darned printer had been working a few minutes earlier. I asked Terry to try printing something from her computer and it worked fine.

Now, my usual response to technical problems like this is to call tech support, but it was 5 p.m. in Alabama and I figured Greg White was probably at dinner. So I tried a few things and got a message that the printer was offline. Not being the most patient man in the world, I cussed a few times, scratched my head and my butt (not at the same time, I’m not that talented), put a curse on whoever invented the first computer, and finally a light came on.

Our HP LaserJet 400 printer is connected to our CradlePoint router, which broadcasts the signal from our old unlimited Verizon 3G air card so Terry and I can both print wirelessly. But when I was online researching something for my story I had switched to the faster unlimited 4G hotspot on my smart phone, and then forgot to switch back so I could print. All I had to do was go back to the router and the printer worked again! Simple.

But that wasn’t the only problem with a simple solution that I turned complicated. A while back I had electric dump valves installed in our motorhome to replace the original cable operated valves, which had been a problem since we bought the Winnebago. But about half the time the darned valves would not work, or I’d have to fool around pushing the switches over and over, getting more and more frustrated before they finally opened or closed. 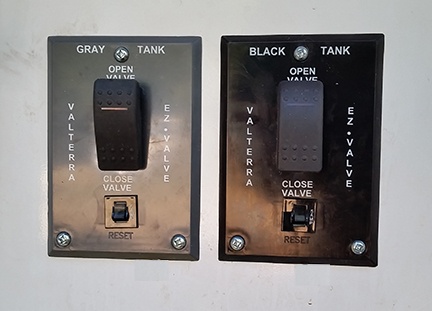 Yesterday that darned light finally came on again (literally) and I solved the problem which wasn’t really a problem after all. When the dump valves were installed the man who did the work told me that he had tapped into the 12-volt light in the pass-through bay next to our sewer bay to supply the power to them. While I was standing there grumbling impatiently waiting for the black valve to work I opened the pass-through bay to look for something and the valve suddenly worked. That’s when I noticed that when you open the bay door it releases a push button and the bay light automatically comes on, just like in a refrigerator. And when you close the bay the light (and power to the dump valves) goes back off. Simple!

But this need to complicate things is nothing new. Years ago we were in at Elkhart Campground in Elkhart, Indiana and bought the hardware to build slide-out bay drawers in our MCI bus conversion. Because I can’t be trusted with tools, our friend Ron Speidel helped Terry build and install the drawers. It took them two or three full days and when they were done the job looked great. 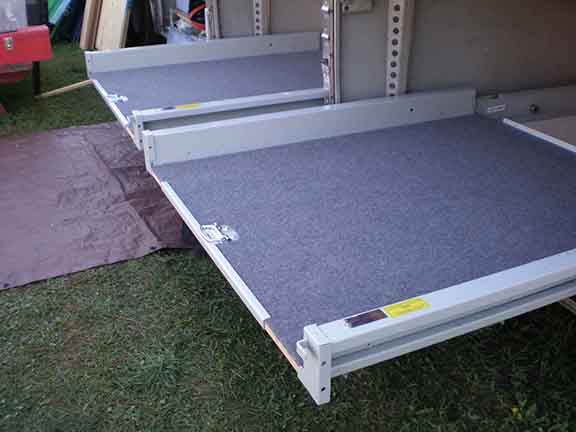 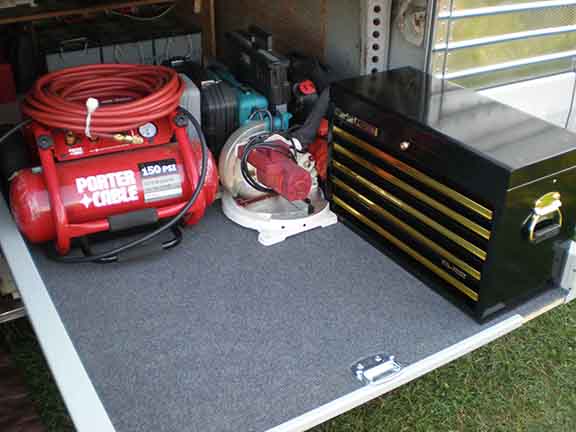 The three of us, and Ron’s pretty wife Brenda, were sitting in our lawn chairs admiring their handiwork when somebody asked to borrow something that was buried in the back of one of the massive storage bays on the bus, so I unloaded everything in the bay to get it for them, then repacked the bay. When I was finished, Ron got out of his chair, walked up to the bay and said, “Or, you could have just done this” and pulled the drawer and everything I had just unpacked and repacked out. Yeah, I’m a simple man.


Congratulations Ray Warner, winner of our drawing for an audiobook of The Devil To Pay, the fourth book in my pal George Weir’s excellent Bill Travis Mystery series. We had 105 entries this time around, Stay tuned, a new contest starts soon.

Thought For The Day – The greatest lesson I have learned in life is that I still have a lot to learn.

2 Responses to “A Simple Man”