Yesterday was a day of highs and lows, with time spent with friends old and new, some panic, some frustration, but ending on a high note.

The day started with a call from Jim Harper, telling me that a package I had ordered from Amazon had been delivered. Since we can’t get mail or packages delivered here to Whalers Rest, I had asked Jim’s wife, Jenise, if I could have it sent to them. So after running a couple of errands and stopping at the post office to pick up our mail from General Delivery, we drove out to Pacific Shores Motor Coach Resort to pick up our package and to meet Jim and Jenise.

That’s right, though we have exchanged e-mails, we had never actually met before. So why would I trust somebody I had never met to accept and hold a package for me, and why would they do that for somebody they had never met? It’s an RVer thing, and if you’re not a fulltimer you might not understand. We’re all part of a small community that moves around the country and interacts when we’re in the same area.

Jim and Jenise owned an RV site at Pacific Shores until recently, and they are hanging out there this summer while Jenise serves as the activity director and Jim…, well, I really don’t know what Jim does there. I think he’s just the eye candy.

Jenise is also the author of the excellent Bird Treks mystery series, about a retired couple who are fulltime RVers traveling in a Blue Bird motor coach and getting involved in all sorts of adventures along the way. She and I will be taking part in a Meet the Authors event at Pacific Shores next Friday.

Jim gave us a tour of Pacific Shores, an upscale RV resort that offers every amenity one could ever want, and then some. I never really understood the term million dollar view until we were there yesterday and went up to the crow’s nest on top of the activity center. 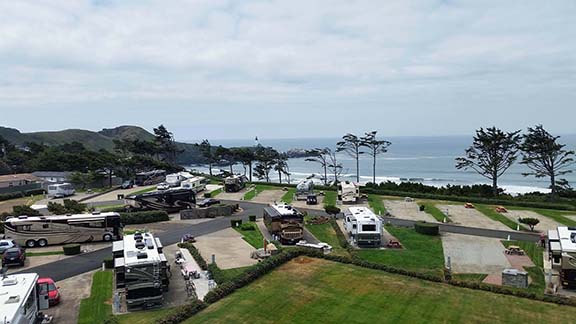 While we were there our dear friends Butch and Jodie Spiller, who also own a lot at Pacific Shores, caught up with us to say hello. We have not seen them in a while, so the reunion was long overdue. We plan on getting together with them again while we’re here.

When we left Pacific Shores we stopped at The Kite Company to have the fiberglass spine rod on my Prism Quantum replaced after I broke it in a hard crash last week. While we were there I also bought a kite bag to hold all of our kites, and when I started to pay for them I could not find my Chase Visa card. I’m usually very good about putting it away in the proper place after I use a credit card, and I looked in every compartment in my wallet, but it was gone. Okay, panic time.

We headed back to the Thousand Trails to look for it there before I called Chase to report the card lost, but as we were coming in I decided to stop at the office to see if anyone had found it. And sure enough, the ranger had it! What a relief that was!

The package from Amazon contained the Wilson Electronics Directional Antenna  and coax cable I had ordered on Greg White’s recommendation to hopefully be able to pick up a signal and access the internet here at the Thousand Trails. Greg said he uses a couple of sections of TV antenna pole he can connect together to get the antenna up in the air, but nobody in Newport had any of it. That was frustrating. 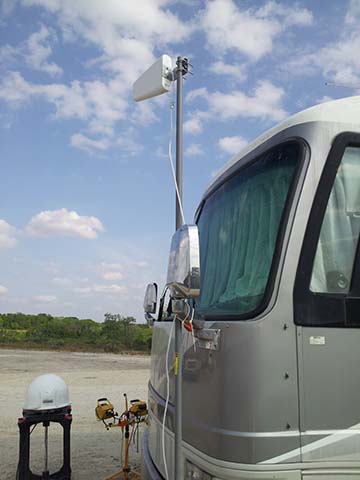 And then I discovered that the connectors on the coax will fit the antenna but not my Wilson signal amplifier. Okay, frustration time. Friday afternoon and nobody in Newport is going to have the necessary adapters to make it work, and by the time I order one online and get it delivered we’ll be ready to leave here. Even more frustration.

I called Greg to see if he had any suggestions, but the darned phone kept dropping the signal, taking my frustration level to an all time high. Well darn it, anyway.

After thinking things over for a while and pawing through a box of assorted cables, cords, and connectors I have stashed away, I figured out a way to jury rig things together to make a temporary connection. But how to get the antenna high enough in the air to do any good?

That’s when Miss Terry came to the rescue, hauling out a heavy duty extendable RV mop handle to use as an interim antenna pole. She did some jury rigging of her own, securing the pole to our patio awning arm, and then we spent an hour or so trying to aim the antenna to get a better signal. And after some trial and error, we did it! It works! That was a high.

We’re not getting super speeds by any means, but we are getting and staying online, which was almost impossible up until now. When I ran Speed Test I was getting 1.26 mbps download and 1.55 upload. Like I said, not super speeds, but we’re at least able to connect to the world.

Be sure to enter our latest Free Drawing. This week’s prize is an audiobook of Gun Shy from my friend Ben Rehders’ popular Blanco County mystery series. To enter, all you have to do is click on this Free Drawing link or the tab at the top of this page and enter your name in the comments section at the bottom of that page (not this one). Only one entry per person per drawing please, and you must enter with your real name. To prevent spam or multiple entries, the names of cartoon or movie characters are not allowed. The winner will be drawn Sunday evening. 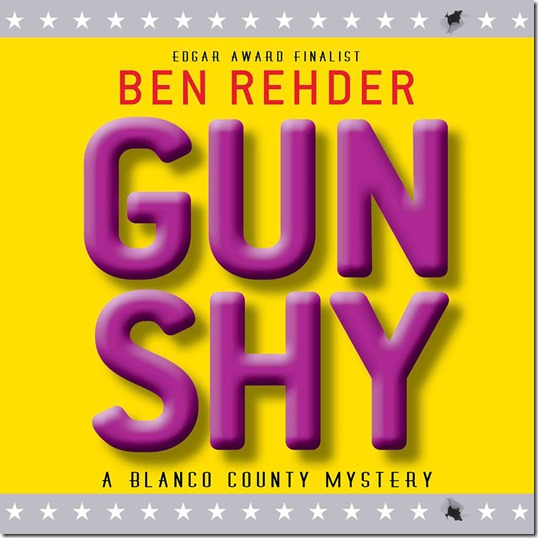 Thought For The Day – Some days, I’m not sure if life is passing me by or trying to run me over.

6 Responses to “Highs And Lows”