Yesterday was pretty much a stay at home day for us. Terry is working on a new weaving project that is coming out great and I was writing. In the last three days I knocked out another 6,000 words or so to my next Big Lake book and the end is near, as the doomsayers are so fond of telling us.


We had an early lunch of some of the smoked salmon and smoked oysters that we got from Josephson’s Smokehouse the other day, on Ritz crackers. Absolutely delicious!

I did leave a little before noon to go to the post office and pick up the newest addition to my kite bag. It’s a Prism Micron Stunt Kite, one of the smallest, fastest kites around. It’s been described as being “like a bumble bee on amphetamines.” 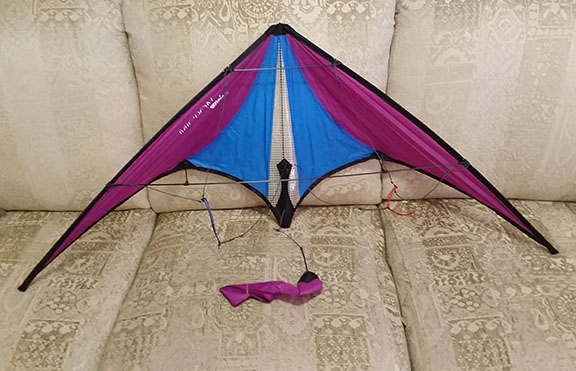 I won it in a drawing on the Kite Life website. I can’t remember how many kites I’ve won there in the last couple of years, but it’s been a lot. Some of the other members just groan when I enter and ask, “Why should I even try?” But they are a great bunch and are all very supportive and congratulatory when somebody wins. The wind has been pretty calm the last few days, but this afternoon it’s supposed to be in the 15 to 21 mile per hour ranges, which is great. So I guess you know where we’ll be.

Our legal domicile has been with Alternative Resources in Sioux Falls, but we plan to switch to Florida sometime early next year. In the meantime our South Dakota registrations for the motorhome and Explorer were due in August. I did not want to renew for a whole year of mail forwarding, since the only things that ever go there are our licenses and registrations.

Greg White uses My Dakota Address in Madison and said that owner Terri Lund is excellent to work with, and offers short term as well as annual accounts. Late last week I called Terry to ask what I needed to do to change things over and she said no problem, she would handle all of it, and even go to the courthouse to get the registrations handled and send them to us. And sure enough, while I was at the post office to get my kite I also picked up the renewal stickers and registrations she had sent out. Now that’s great personalized service


A little after five we met Dan and Patty Chance and Nancy Kissack at a little dive bar called the Relief Pitcher on the south side of town. We discovered this place a couple of years ago after several of our readers recommended it and were very pleased with their burgers. And they were as good yesterday as they were the first time around!

Bring your appetite. This is Terry’s cheeseburger with avocado. A whole avocado, if not more. 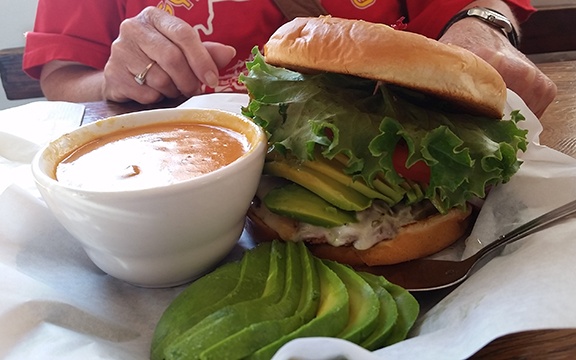 And this is my Grand Slam, which was a hamburger with shaved ham, two kinds of cheese, and a fried egg. Add the hand cut French fries and I could not finish it all! 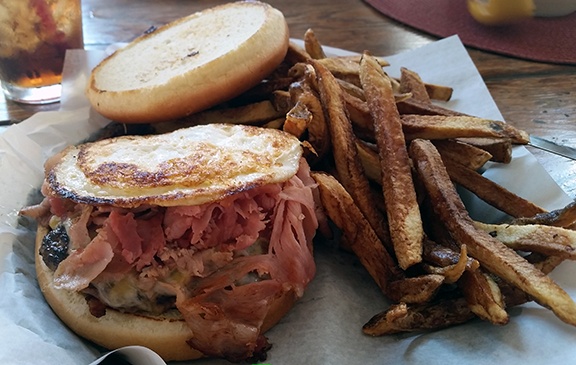 We had a great dinner, with lots of laughs all around, and on our way home we stopped at Safeway for some things we didn’t get at Fred Meyer on our way home from Astoria on Sunday. I’ll get some more writing done today before we go to the beach. But that’s just work. It’s really all about the kites.

3 Responses to “Best Burgers On The Coast”