Yes, the scenery is spectacular. No question about it, the seafood is amazing. And we truly have loved flying our kites on the beach. But let’s be honest, the real reason Miss Terry loves coming to the Oregon coast is to go to the Astoria Sunday Market.

Every Sunday from early May to early October, the quaint little city of Astoria, located at the mouth of the Columbia River, closes several blocks of a downtown street and it transforms into a wonderful farmers market where vendors sell locally created artwork and local produce. 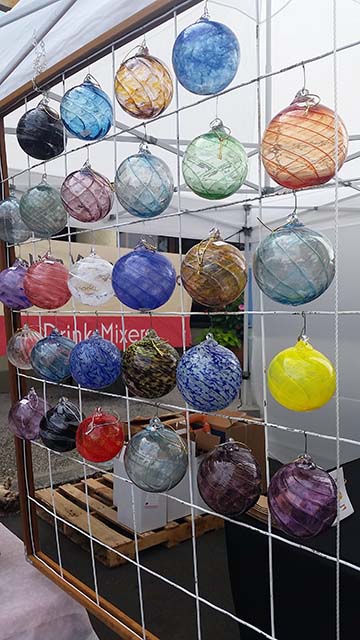 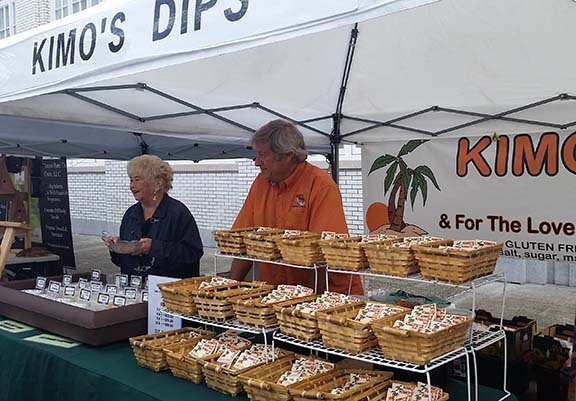 People come from miles around to shop for every kind of vegetable you could ever hope to find. 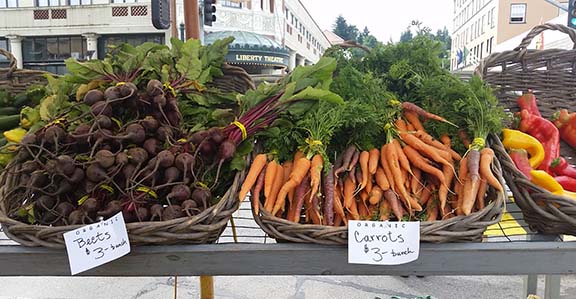 Lots and lots of people! 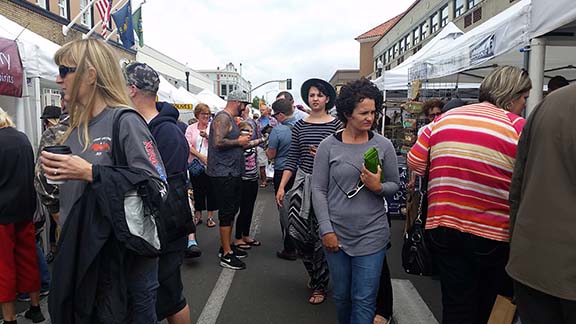 This fellow was selling cigar box banjos, and entertaining the crowd as they passed by his booth. 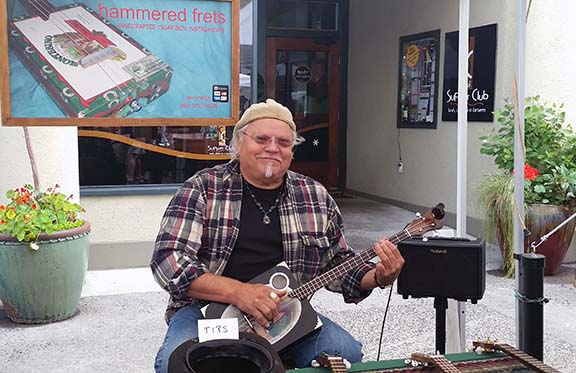 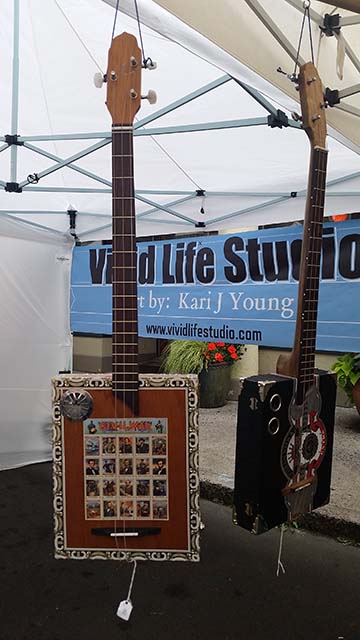 I didn’t claw my way to the top of the food chain to eat vegetables. I eat fried dead meat. Or barbecued dead meat. Or smoked dead meat. Or…., well, you get the idea. But Terry loves them, and she found some goodies, including some beets, heirloom tomatoes, onions, garlic, green beans, and probably some other stuff too. Hey, as long as she keeps me supplied with dead meat, she can have whatever she wants. 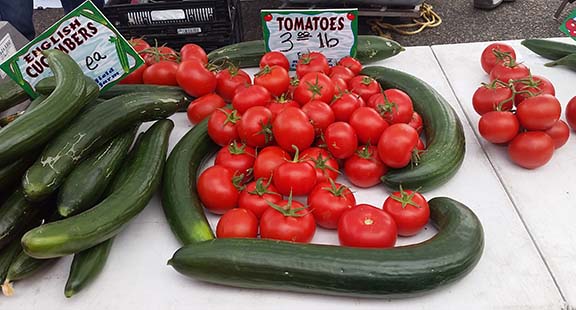 In spite of the crowds, we had a good time at the market and I’m sure we’ll be going back again next Sunday. And the Sunday after that. And the….., again, you get the idea.

Now, you might think. “That Nick sure is a great husband, going to the farmers market even though he doesn’t eat veggies.” And you’d be right. I am a heck of a catch. But I like going to Astoria for my own reasons. There is a lot of history here, there are some beautiful old Victorian homes, and there’s Josephson’s Smokehouse. 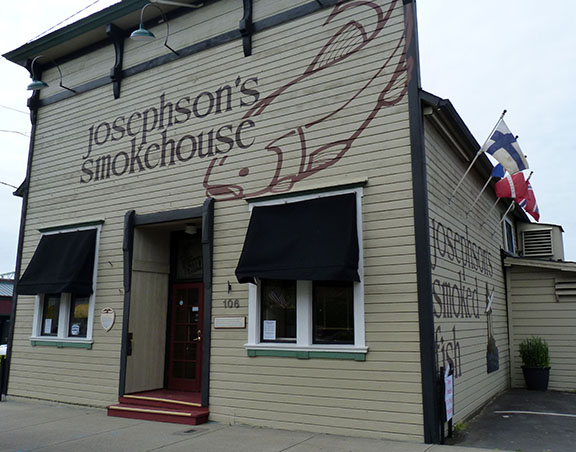 I’ve been going to Josephson’s ever since my newspapering days here as a young man. They always have a wonderful selection of delicious smoked salmon, sturgeon, and other seafood the likes of which you won’t find anywhere else on earth. I’ve driven as much as a hundred miles just to go to Josephson’s. Yeah, it’s really that good. 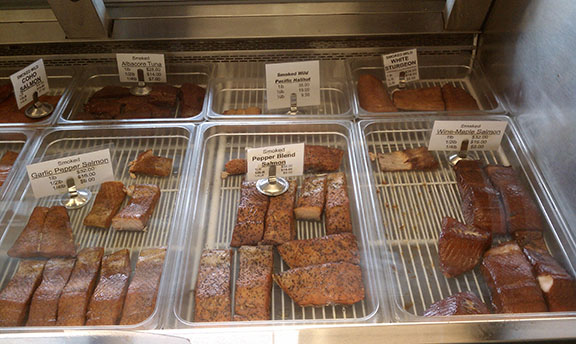 When we left Josephson’s, we crossed the very high, very long Astoria-Megler bridge over the Columbia River to the Washington side. Most of you know about my phobia about bridges, but this time across I didn’t even snivel as Terry drove across it. 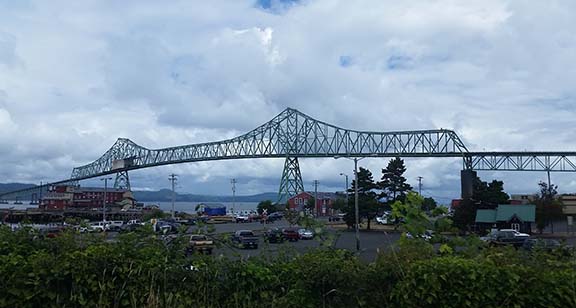 It may be a different story next week when she drives across in the motorhome. 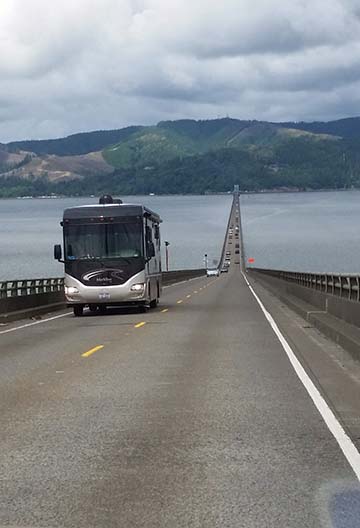 Blog reader Linda Rees had e-mailed to tell us about a nice little yarn shop called Purly Shell Fiber Arts that had opened on the waterfront in Ilwaco since our last visit to this area two years ago and Terry wanted to check it out. They had a great selection of yarns, some neat spinning wheels, and other goodies. We had a nice time visiting with the owners, a friendly mother and daughter team, and I’m sure that once we get settled in at the Long Beach Thousand Trails Terry will be going back. 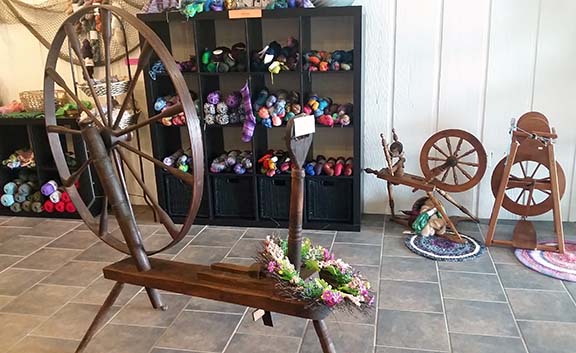 We drove around Long Beach for a while and stopped at the Thousand Trails. I was very pleased to see that they now have strong 4G Verizon service, since on our last visit it was very poor. And we stopped at the kite shop because…, well, it was there! Is there a better reason!

Crossing back over the river we stopped at Fred Meyer to pick up some things and then at Great Wall, a nice Chinese restaurant we discovered on our last trip here. With our tummies full, we got home a little after 6 p.m., tired but pleased with our fun day on the go.

Congratulations Lamonte Monnell, winner of our drawing for an audiobook of my friend Ken Rossignol’s Pirate Trials: Famous Murderous Pirates Book Series: THE LIVES AND ADVENTURES of FAMOUS and SUNDRY PIRATES. We had 82 entries this time around. Stay tuned, a new contest starts soon!

Thought For The Day – Sometimes my train of thought leaves the station without me.

One Response to “Astoria Sunday Market”