Nick's Blog » A Move To Seaside

We were awake at 6 a.m. yesterday because it was moving day. And though it was only a 120 mile trip, we needed to get to our new location, the Seaside Thousand Trails preserve, early to snag a good site. This is a very popular campground and stays busy all summer long.

We were on the road by 8:15, traveling north on U.S. Highway 101 through Newport, Depoe Bay, Lincoln City, on to Tillamook and Garibaldi, and finally to Seaside. While the trip wasn’t that long in miles, it was slow going much of the way, with narrow roads, a couple of short but steep climbs, and lots of dips,  twists, and turns. Add to that the fact that the road is rough in several places and it’s not exactly a super highway. 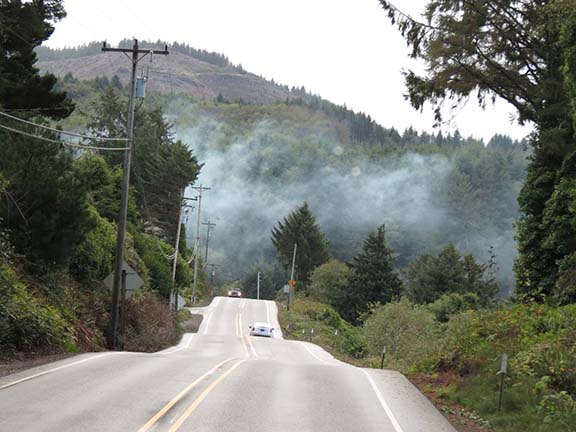 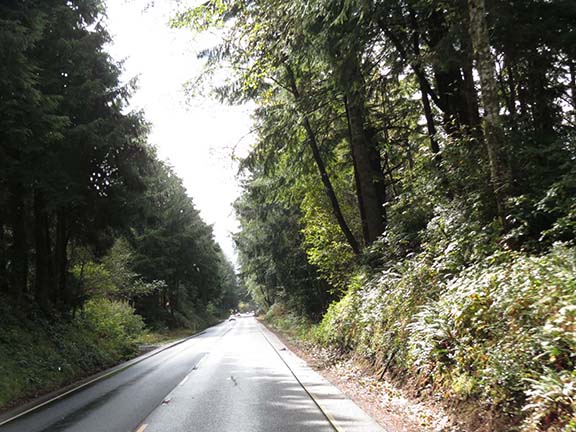 Part of the route follows the coast, where the views were incredible, and other parts of it carry you inland a few miles. 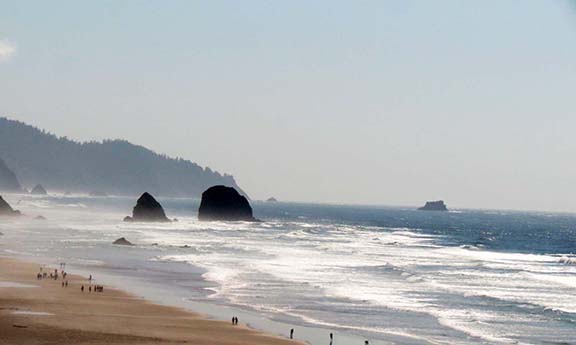 Like Whalers Rest in Newport, Seaside has two sections, and like Whalers Rest, we prefer the north side. We arrived at the campground about 11:30, and once I checked in at the ranger station, we headed for the north section, where our friend Nancy Kissack was waiting for us. She pointed out a great 50 amp site on the end of a row and we got backed in and hooked up, then realized that a lone tree at the back of the site blocked our rooftop satellite dish. Well, darn it.

Fortunately, there was another empty site right across the road, so we moved to it. This one was only 30 amp, but the weather is nice here and we don’t really need any more than that. And the satellite dish locked right on. Life is good.

Later in the afternoon Nancy, Terry, and I decided to go to El Trio Loco for dinner. As we were leaving the campground, Dan and Patty Chance were driving in so we stopped and invited them to join us. The food was good and as always, the company was excellent. We talked about everything from kite flying to interesting places we have seen in our travels, to American history. Finally we had to break it up because the dinner rush was starting and we didn’t want to keep people waiting for a table.

Back at home we relaxed, watching TV and cruising the internet. Not used to getting up so early, I found myself nodding off at my keyboard and decided to take a nap. When I woke up we had the rest of the humble pie Terry made the day before, and it was just as delicious.

I received a couple of questions about the Tilley hat  mentioned in yesterday’s blog. One person said that the Tilleys are expensive and asked if they are worth the money. Absolutely. I have had mine for about 25 years and wear it whenever I’m paddling my Sea Eagle kayak, fishing, flying kites, or anything else outdoors. And it’s still in great shape. In my opinion, it’s worth every penny. 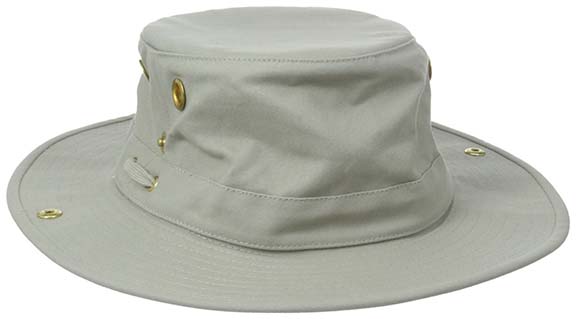 We really like this area. In fact, after our two week reservation ends here at Seaside, we’re going 32 miles up to the Long Beach (Washington) Thousand Trails for three weeks, then back here for two more weeks, back to Long Beach again for a two week stay, and back here for yet another three weeks. I’m thinking that by the time we leave the Pacific Northwest coast we’ll have learned a whole lot about kite flying!

Thought For The Day – I’ve given it some thought and I don’t think this whole grownup thing is going to work out for me.

6 Responses to “A Move To Seaside”