Akeley: The Akeley Paul Bunyan Historical Museum, located on Main Street immediately behind the 28-foot tall statue of Paul Bunyan, contains an interesting collection of pictures and artifacts portraying early Akeley history, when the largest sawmill in the state was located here.

Alexandria: The Minnesota Lakes Maritime Museum preserves the rich history of Minnesota’s maritime past with exhibits and displays of historic photographs, wooden boats and artifacts.

Alexandria: In 1897, a large stone with mysterious inscriptions was found here and many local residents believe it was the work of Vikings. You can learn more about the stone at the Kensington Runestone Museum. Outside of the museum stands a 28-foot tall statue of Big Ole, a fierce looking Viking with a sign proclaiming Alexandria as the Birthplace of America.

Chisholm: The Minnesota Museum of Mining tells the story of the mining industry in this region. An 81-foot tall statue of an iron miner towers over the town.

Comfrey: Amid the prairie grasses at what is now Jeffers Petroglyphs Historic Site are islands of uncovered rock where American Indians left carvings known as petroglyphs of people, deer, elk, buffalo, turtles, thunderbirds, and arrows. The images tell a story that spans 5,000 years. The glyphs served many functions including recording important events, depicting sacred ceremonies, and emphasizing the importance of animals and hunting.

Duluth: For an opportunity to learn about maritime history on the Great Lakes, be sure to visit the Lake Superior Marine Museum, where displays will tell you the story of the brave men who work these waters. 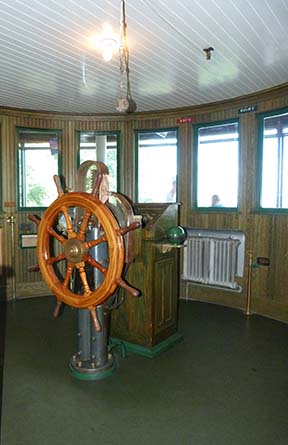 Duluth: The three story tall waterfront Great Lakes Aquarium is the only aquarium in the country that specializes in freshwater fish.

Ely: For a howling good time, visit the International Wolf Center here to learn more about wolves and how they live in the wild.

Eveleth: Sports fans will want to stop by the United States Hockey Hall of Fame to learn about the athletes who make the game great. Appropriately enough, you will also find the World’s Largest Hockey Stick here, at 107 feet long.

Fairfax: When the Dakota Indians went on the warpath in 1862, following years of broken treaties and empty promises by the U.S. government, they attacked Fort Ridgely twice, making it one of the few military forts west of the Mississippi to withstand a direct assault. Fort Ridgely’s 280 military and civilian defenders held out until reinforcements ended the siege. Today the old fort has been restored and is a State Historic Site.

Grand Rapids: Actress Judy Garland was born Francis Gumm in Grand Rapids in 1922. Her childhood home is now a museum and open for tours. 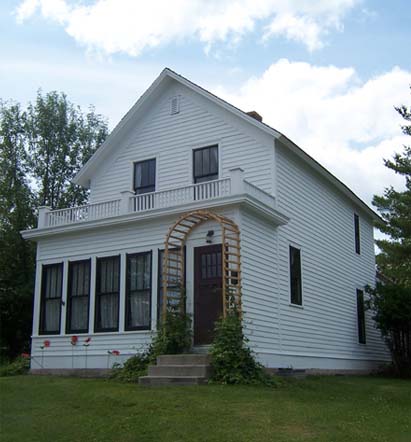 Grand Rapids: At the Forest History Center, visitors can see exhibits on the logging industry, visit the logging camp and see a blacksmith, saw filer, clerk, cook, and lumberjacks, board the moored river “wanigan,” a floating cook shack used when the logs and men headed downstream to the mills, and take a seat on the porch of a 1930s Minnesota Forest Service patrolman’s cabin and lookout tower and hear about the ranger’s important work protecting woodland resources. 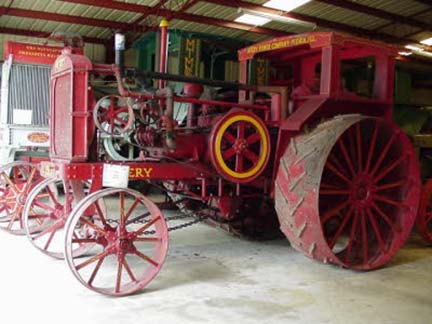 Hibbing: Hibbing is the site of the world’s biggest open pit iron ore mine, the Hull Rust Mahoning Mine. Earth removed to create the mammoth open pit is said to be the equivalent of digging a small tunnel from Minnesota through the center of the earth and out the other side. Since 1895, more than 1.4 billion tons of earth has been removed to form this man-made Grand Canyon. The vast pit yawns more than three miles long, up to two miles wide and 600 feet deep.

Hibbing: Hibbing is recognized as the birthplace of the bus industry in the United States and is home to the Greyhound Bus Museum, which displays eleven classic buses and tells the story of the men and machines that created Greyhound Bus Lines. 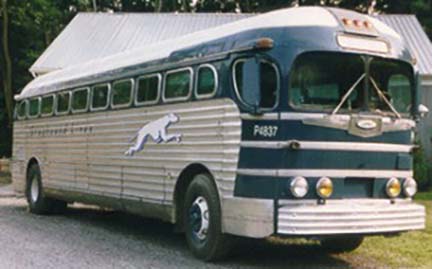 Little Falls: Pioneer aviator Charles Lindbergh grew up in Little Falls and the family home is now a State Historic Site with photographs and artifacts of his life and accomplishments.

Little Falls: The Minnesota Military Museum, located at Camp Ripley, tells the story of America’s wars from the Civil War through the Gulf War, with displays of military equipment, weapons, and aircraft.

Minneapolis: Built within the ruins of a National Historic Landmark, the Washburn A. Mill, the Mill City Museum chronicles the flour milling industry that dominated world flour production for 50 years and fueled the growth of Minneapolis, recognized across the nation and around the world as “Mill City.”

Minneapolis: Honoring the achievements of Swedish immigrants and dedicated to preserving the Swedish culture, the American Swedish Institute is housed in an elaborate historic mansion and showcases an impressive collection of Swedish glass, decorative and fine arts, textiles, and items from Sweden. 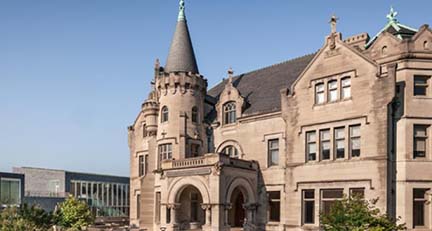 Morton: At Birch Coulee Battlefield State Historic Site visitors can learn about the Battle of Birch Coulee, one of the hardest fought battles of the Dakota War. The Dakota Indians kept U.S. soldiers under siege for 36 hours here before a relief detachment arrived from Fort Ridgely. Visitors can follow a self-guided trail through recreated prairie and read about the battle from the perspectives of Joseph Anderson, a captain in the U.S. Army, and Wamditanka (Big Eagle), a Mdewakanton warrior.

New Ulm: At Harkin Store State Historic Site you can savor the smells and sights of an 1870s general store as you sample the wares or play a game of checkers, chat with the costumed staff, or sit on the porch and envision a steamboat plying the river below. When the railroad passed by the small town of West Newton, the store was forced to close with much of the unsold inventory still on the shelves, where it remains today.

Northfield: When outlaws Jesse and Frank James, Cole Younger, and their gang tried to rob the First National Bank in Northfield on September 7, 1876, the locals took exception to the plan and met them with a barrage of gunfire. Two local people and two of the outlaws were killed in the battle. Today the old bank building is a museum with displays on the raid and shootout that followed.

Onamia: The Mille Lacs Indian Museum offers exhibits dedicated to telling the story of the Mille Lacs Band of Ojibwe American Indians. Visitors can trace their journey to settle in Northern Minnesota, learn about their fate during a period of treaties made and broken, and follow their story up to the present.

Owatonna: The Village of Yesteryear, operated by the Steele County Historical Society, is composed of fifteen structures where you can experience what life was like in Owatonna and Steele County at the turn of the 20th Century. Included in the village are two log cabins, a railroad station and a caboose from Steele County dating back to the 1850s, a general store/post office, fire station, farm machinery building, blacksmith shop, country school, the Dunnell mansion built in 1868, and the St. Wenceslaus of Moravia Church, built in 1891.

Owatonna: Between 1886 and 1945, over 10,000 children who were orphaned, abandoned, or abused were housed at the Minnesota State Public School for Dependent and Neglected Children. Today the facility is the only known Orphanage Museum in the United States, containing pictures, artifacts, and personal stories, the State School Kids Memorial, Children’s Cemetery, and thirteen original buildings.

Pine City: At the North West Company Fur Post State Historic Site, visitors can see a reconstruction of an 1804 trading post and an Ojibwa Indian encampment, and watch costumed interpreters demonstrate skills of the fur trade.

Pipestone: For centuries Native Americans have quarried the clay stone found here for ceremonial pipes. At Pipestone National Monument you can visit a small museum and take a self-guided walking tour.

Preston: Forestville was once a rural trade center where area farmers came to trade their produce for goods and services. When the railroad bypassed the town in 1868, it began a downhill spiral. By 1890, Thomas Meighen, son of one of the town’s founders, owned the entire village. The town’s 50 residents made their living on his farm, working for housing and credit in the Meighen store. Today Historic Forestville is a State Historic Site, where costumed guides portray actual residents as they go about their daily activities.

Red Wing: Shoes and boots helped make this town famous, and you can tour the Red Wing Shoe Museum to learn all about making footwear, and have your photo taken with the World’s Largest Boot. 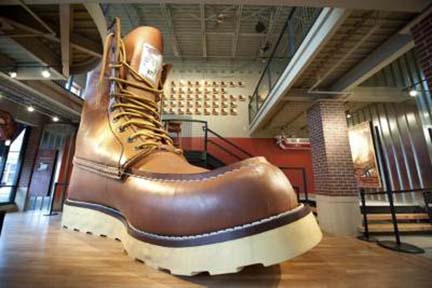 Redwood Falls: Visitors can learn about the history and culture of the Dakota Indians at the Lower Sioux Agency State Historic Site.

Sauk Centre: Novelist Sinclair Lewis was born here in 1885 and used the town as the setting for many of his books, including Main Street. His works were not popular with the townspeople until he won the Nobel Peace Prize, whereupon he achieved favorite son status. Now his boyhood home is a museum. 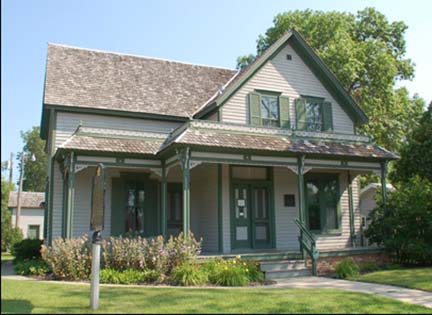 St. Louis Park: The Pavek Museum of Broadcasting at 3517 Raleigh Avenue South houses one of the world’s finest collections of antique radio, television and broadcast equipment.

St. Paul: Anybody who loves model trains will enjoy a visit to the Twin City Model Railroad Museum, which features over 3,000 square feet of O-scale model train layouts recreating scenes and famous landmarks from the Twin Cities and Minnesota as it was in the 1940s and 1950s when steam and diesel shared the rails. The museum also has one of the largest collections of railroad art related to the Twin Cities.

St. Paul: Visitors can see trains, as well as vintage buses, and a restored train roundhouse during a visit to the Minnesota Transportation Museum at 193 Pennsylvania Avenue East.

Soudan: At Soudan Underground Mine State Park visitors wear hard hats and journey underground 2,341 feet via a “cage” to explore a former iron mine. On the 27th level, the transportation shifts to a rail car for a ride back into the mine as they listen to the stories of the mining days.

Walnut Grove: The Laura Ingalls Wilder Museum tells the story of the Ingalls family when they homesteaded here in the 1800s. The museum’s collections are housed in a series of interesting buildings, including an 1898 depot, a chapel, an onion-domed house, dugout display, little red schoolhouse, and an early settler’s home. Also on display is memorabilia from visits by the stars from the Little House on the Prairie television series.

Special Note: Before I close for today, I want to wish Terry’s parents, Pete and Bess Weber, happy 64th wedding anniversary. We miss you guys and wish we were there to help you celebrate your special day.

Thought For The Day – The pen may be mightier than the sword, but nobody in Braveheart carried one.