Arlington: The Old Schwamb Mill, the oldest continuously operating mill in the United States, has been in operation for nearly 300 years and is open for tours.

Boston: The John F. Kennedy Presidential Library and Museum is dedicated to the memory of our nation’s thirty-fifth president and portrays the life, leadership, and legacy of President Kennedy, conveying his enthusiasm for politics and public service.

Boston: Famous American patriots like Paul Revere, John Hancock and Sam Adams are laid to rest at the Granary Burying Ground. Also buried here is the woman who was the inspiration for the children’s book character Mother Goose.

Boston: Paul Revere’s home, built in 1680, is one of the oldest buildings in Boston. It was from here that the famed silversmith set out on his midnight ride to warn American patriots that “the British are coming.” Today the home is open for tours, and the courtyard features a 900-pound bell, a small mortar, and a bolt from the USS Constitution, all made by Paul Revere & Sons.

Boston: Towering over the Charlestown section of Boston, Bunker Hill Monument includes a small museum about the Revolutionary War Battle of Bunker Hill, and the 220-foot tall monument itself, which offers an outstanding view of the city.

Brookline: John Fitzgerald Kennedy National Historic Site preserves the birthplace and boyhood home of the 35th President of the United States. The modest frame house at 83 Beals Street was the first home shared by the president’s father and mother, Joseph P. and Rose Fitzgerald Kennedy, and represents the social and political beginnings of one of America’s most prominent families.

Cambridge: Longfellow National Historic Site preserves the home where one of the world’s foremost poets, Henry Wadsworth Longfellow, lived for almost half a century.

Concord: Author Louisa May Alcott lived at the family home, Orchard House, while she wrote Little Women. The home is now a museum, open for tours.

Deerfield: Situated on a 330-year-old, mile-long street, Historic Deerfield preserves and interprets the architecture, artifacts and lifestyle of a prosperous early New England town. The extraordinary houses, with their antique furnishings, along with the exhibition galleries and collections, comprise some of the finest examples of publicly available Americana in the United States. 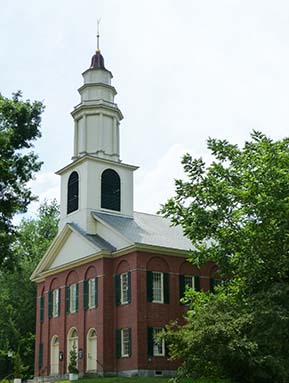 Eastham: The 1869 Schoolhouse Museum is housed in a one-room schoolhouse that has separate entrances for boys and girls. Reflecting the region’s maritime heritage, the museum’s front gate was made from the jawbone of a whale. 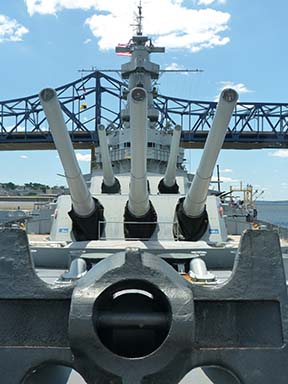 Fall River: The home where Lizzie Borden killed her father and stepmother with an ax is now a bed and breakfast. Her father Andrew, stepmother Abby, Lizzie, and the rest of the Borden family are buried in Oak Grove Cemetery. 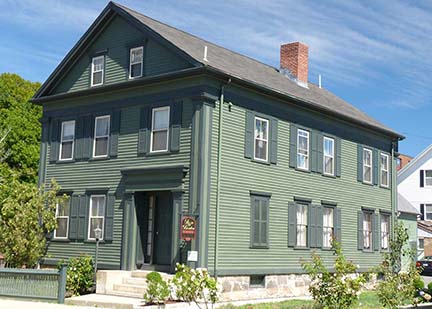 Fall River: The Old Colony & Fall River Railroad Museum preserves the past of New England railroading with a collection of rolling stock that includes passenger cars, box cars, a locomotive and a caboose.

Grafton: The Willard family made grandfather clocks in New England for many years, and today their home is the Willard House and Clock Museum, displaying many fine examples of their work.

Hull: At the Hull Lifesaving Museum visitors can see exhibits on the many shipwrecks that took place in the area and the surfmen who risked their lives to save seamen in peril a century ago.

Lowell: At the New England Quilt Museum visitors can see quilts dating back more than 100 years.

Nantucket: Located in a former whale oil candle factory, the Whaling Museum displays an impressive collection of scrimshaw, harpoons, and other whaling equipment.

New Bedford: At the New Bedford Whaling Museum, visitors can see harpoons, a whaleboat, the skeleton of a humpback whale, marine artwork, and an 89-foot long model of the 1826 whaling ship Lagoda. 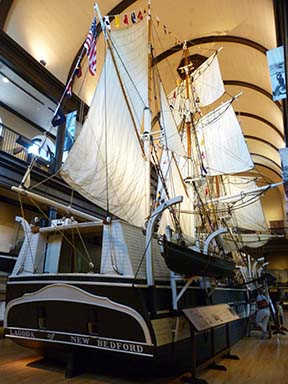 Northampton: The Calvin Coolidge Presidential Library and Museum honors the life of former President Calvin Coolidge from his birth and early years in Vermont, to his career as a lawyer in Northampton, his political career, and his life as a Northampton resident after he left the White House.

Oak Bluffs: The Flying Horses Carousel is the nation’s oldest operating platform carousel and a National Historic Landmark. It is one of two known carousels built by Charles W.F. Dare in 1876.

Plymouth: Plimoth Plantation is a 17th Century living history museum that shows Plymouth as it was during the days when the Pilgrims were struggling to establish a foothold in the New World. 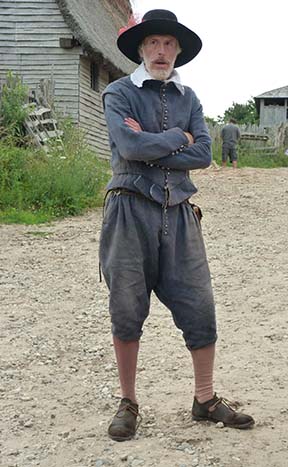 Plymouth: The Mayflower II is a replica of the ship that brought the Pilgrims to America in 1620. 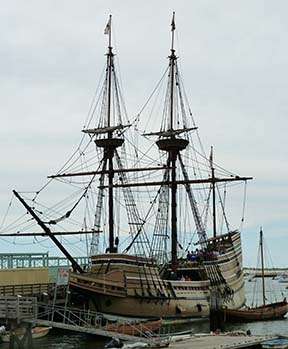 Plymouth: Pilgrim Hall, America’s oldest public museum, houses an unmatched collection of Pilgrim possessions. Among its treasures are William Bradford’s Bible, Myles Standish’s sword, the only portrait of a Pilgrim (Edward Winslow) painted from life, the cradle of New England’s firstborn, Peregrine White, the great chair of William Brewster, and the earliest sampler made in America, embroidered by the teenage daughter of Myles Standish. 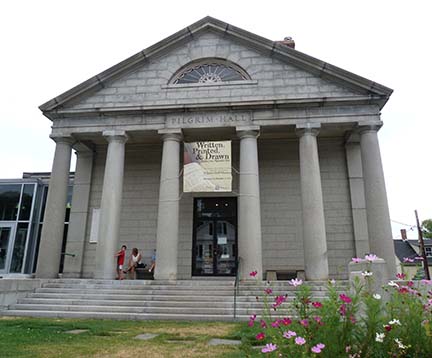 Rockport: The Paper House, located at 52 Pigeon Hill Street, and almost everything in it, is made of old newspapers, including the furniture and a grandfather clock.

Salem: Salem could be called Halloween City. It was here, in 1691-92 that twenty people were accused of witchcraft and executed, and many more were tortured.

Salem: Located on Salem’s historic waterfront, Salem Maritime National Historic Site tells the story of the proud seafaring days that made Salem one of the richest communities in the world at one time.

Sandwich: Once a major glassmaking center, Sandwich has honored its heritage at the Sandwich Glass Museum, which displays examples of fine glasswork and tells the story of the glassmaking industry in the region. 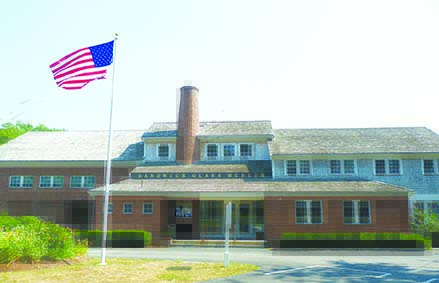 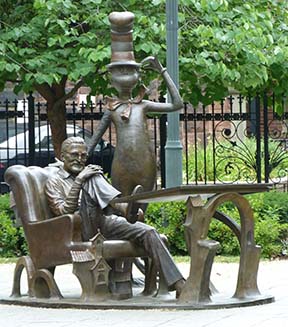 Springfield: At the Springfield Armory National Historic Site, you can learn about the weapons that were produced here for the American military for more than 170 years. 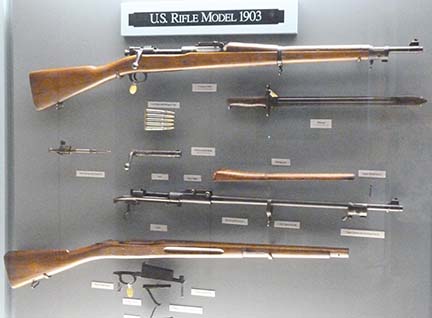 Springfield: The game of basketball was invented in Springfield, and the Naismith Memorial Basketball Hall Of Fame tells the story of the sport’s greatest players and teams..

Stockbridge: The works of America’s favorite artist, Norman Rockwell, are exhibited at the Norman Rockwell Museum here, where he lived for the last 25 years of his life. The artist is buried in the Stockbridge Cemetery. 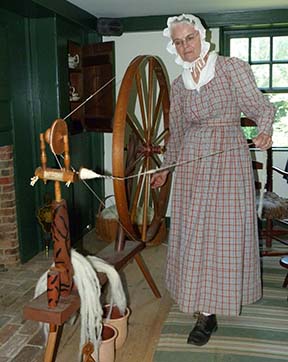 Waltham: American ingenuity is celebrated at the Charles River Museum of Industry & Innovation, where visitors can learn about the inventions that powered America into the modern age; steam engines, generators, timepieces, machine tools, bicycles, automobiles, and hundreds of other gizmos, and the geniuses who perfected them.

Watertown: The Plumbing Museum displays examples of sanitary plumbing systems through the ages, with displays ranging from toilets dating back to the 19th century, including a waterless toilet; a chain-pull toilet with a high wooden box tank; and “earth cabinets” that collected waste in lime instead of water.