Yesterday we got to see a lot of breathtaking views, made some new friends, and had seafood for dinner. It just doesn’t get any better than that!

I’ve been in every state in the country except Delaware, which is small and easy to miss, to England, Central America, and Southeast Asia. But for my money, there is no more beautiful place on earth than the Oregon coast from Brookings north to Port Orford. It seems like every curve in the road brings another spectacular vista that has you saying “Wow!” 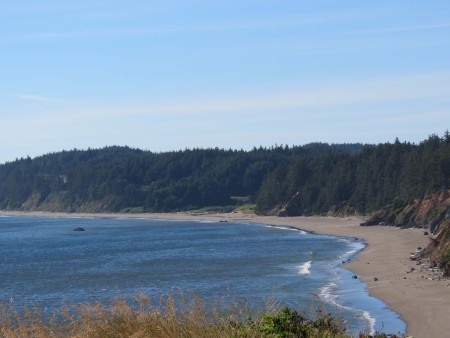 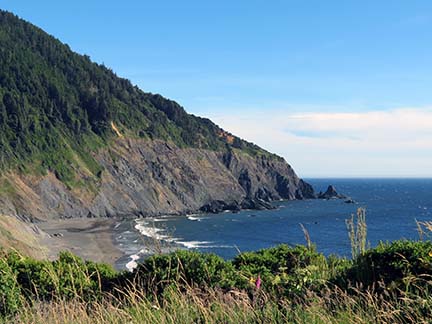 Knowing how much Miss Terry loved the fiber arts, a while back blog reader Joan Austin sent her a list of yarn shops along the coast, and one that looked very good was Wild Rivers Wool Factory in Langlois. So yesterday we left the motorhome at the Elks campground in Brookings and drove 76 miles up the coast to check it out.

The coastline is famous for these rock formations, known as sea stacks. Photographers and artists love them. 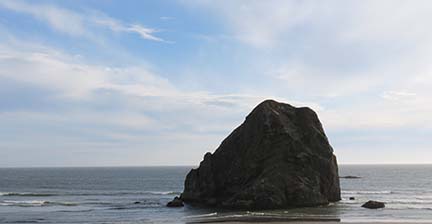 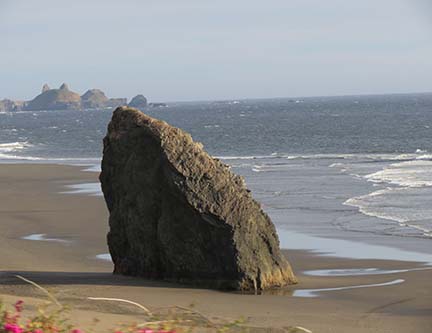 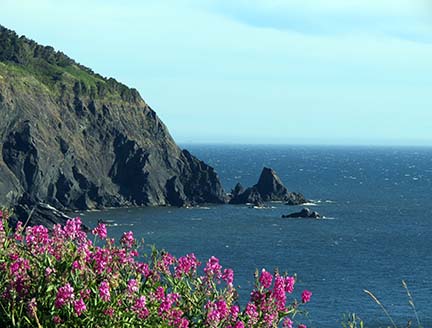 There are lots of pullouts along the way, and we stopped in a lot of them to admire the views. Terry gave her camera a real workout and took dozens of pictures along the way. 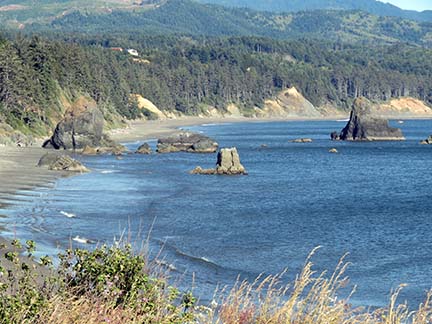 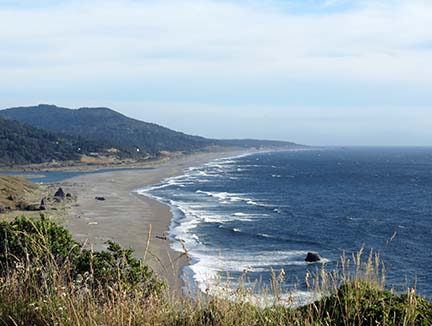 One of the largest of the sea stacks is Battle Rock in Port Orford. The rock got its name for an incident in 1851 when nine white explorers were besieged on the rock for two weeks by Native Americans who were resisting encroachment onto their lands. Finally, under cover of darkness, the trapped men slipped away. But the Indians’ victory was short lived; less than a month later a well armed party of 70 men returned and established the settlement that would become Port Orford. 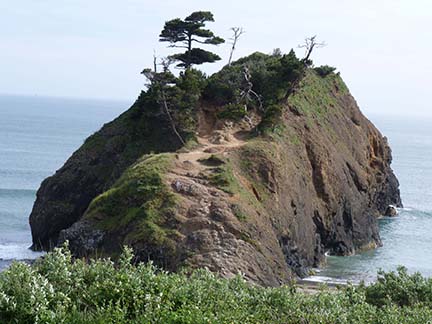 Even without the great scenery along the way it was worth the trip to Wild Rivers Wool Factory and Terry found some goodies she couldn’t live without.

We first met Joan Austin and her husband Jeff back when we were teaching at Life on Wheels and they sat in on several of our classes. They have a home in Port Orford where they hang out when not traveling in their motorhome, and we wanted to get together with them while we were in the area.

We had also been contacted by blog readers Rob and Jan Wilson, who are volunteering at Cape Blanco State Park and wanted to visit with them, too. So we all got together at a little coffee shop and spent a couple of hours getting acquainted. They are great people and we had a good time talking about RVing and comparing notes on our adventures on the road.

Eventually the party broke up and we said our goodbyes. Rob and Jan went on their way, and since our stomachs were growling we went to The Crazy Norwegian’s Fish & Chips, which we discovered on our trip through this area a few years ago. Jeff and Joan decided to join us, so we continued our visit over a delicious dinner. 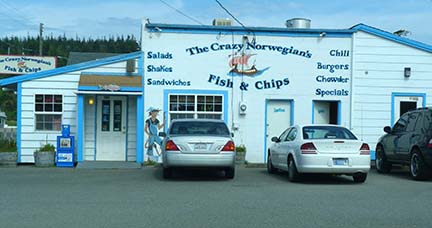 The sun was getting lower in the sky as we were drove back south, giving new perspectives to the scenes we had enjoyed on our way up. 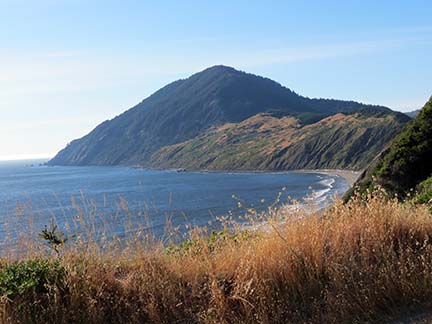 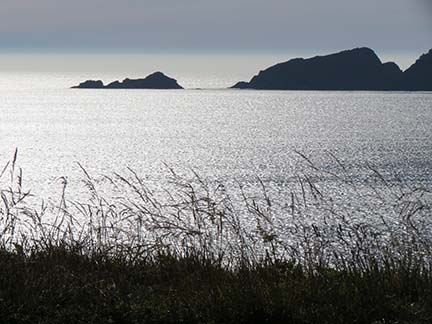 In Gold Beach we stopped to take a picture of the Mary D. Hume, an old steamboat that was built in Gold Beach in 1880, and for the next 98 years saw service as a steam schooner, tugboat, cannery tender, and whaling vessel. After she was retired she came home to Gold Beach and the plan was to restore her. But as she was being placed into a specially designed cradle designed to display her, something went wrong and the Mary D. was damaged beyond repair. Now she slowly disintegrates, a silent reminder of days gone by. 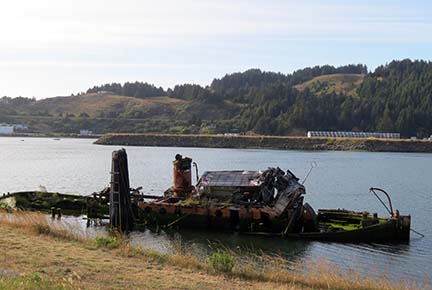 Today we are going to meet another blog reader, Judy Bell, who is famous for her own blog, Travels With Emma. Judy is volunteering at Harris Beach State Park here in Brookings and we’re looking forward to visiting with her.

Have you entered our latest Free Drawing yet? This week’s prize is an autographed copy of Terry’s cookbook Miss Terry’s Kitchen, and so far we have had nearly 250 entries. To enter, all you have to do is click on this Free Drawing link or the tab at the top of this page and enter your name in the comments section at the bottom of that page (not this one). Only one entry per person per drawing please, and you must enter with your real name. To prevent spam or multiple entries, the names of cartoon or movie characters are not allowed. The winner will be drawn Sunday evening. 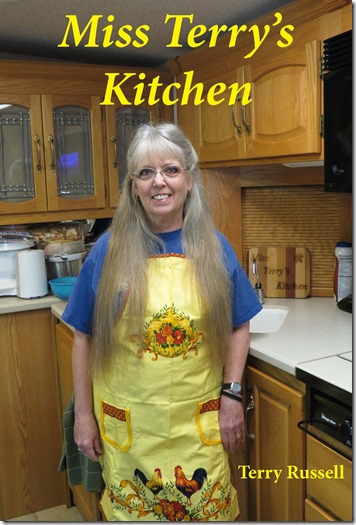 Thought For The Day – Life is either a daring adventure or nothing. – Helen Keller