Some people love the desert and some don’t. I spent many years living in it, but I much prefer being on a beach, or at least someplace with trees and grass. But yesterday it was all desert for us. Just a whole lot of ugly.

We left the Las Vegas Thousand Trails a little before 10 a.m., made it through some heavy traffic on the north side of the city, and then got on U.S. Highway 95 and followed it north for 390 long, boring miles. 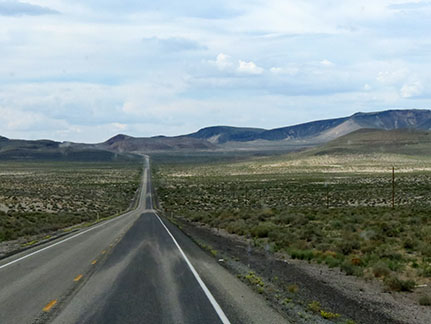 We passed some rugged mountains along the way, some just brown and blah, and some with interesting colors. 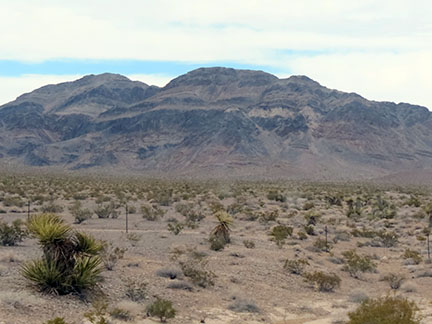 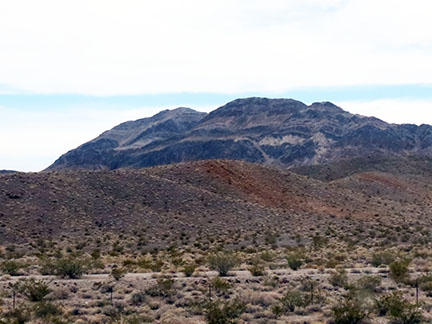 Okay, it wasn’t all boring. Prostitution is legal in some parts of Nevada and the cathouses have signs along the highway. 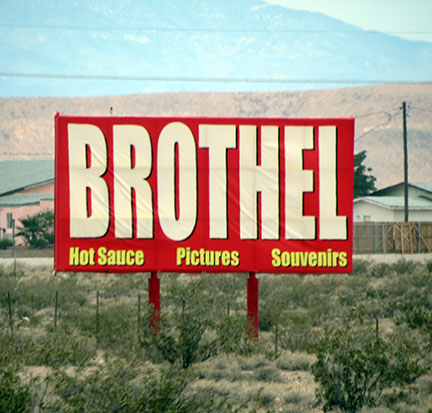 At this one they have free tours, and girls are welcome too! That sure beats the heck out of dinner and a movie! 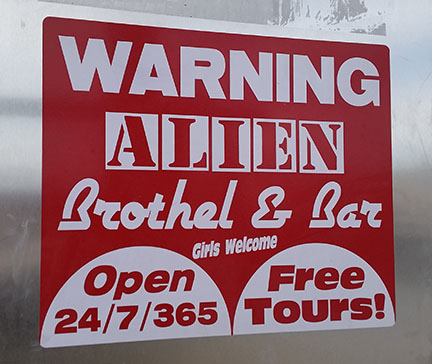 One brothel was at the Area 51 Alien Center. It’s the pink building in the right rear. Alien hookers. Who knew? 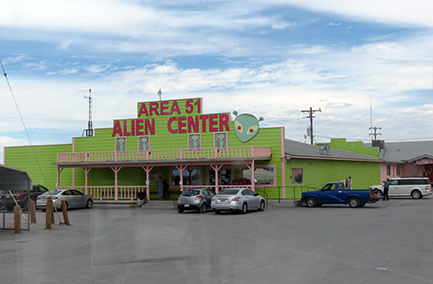 This is mining country and we passed several old ruins. 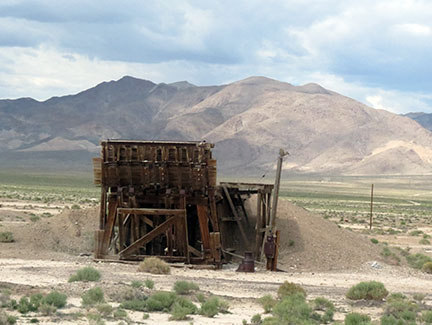 Then, there are those who get sent out here by the government. Hawthorne Army Depot is a U.S. Army ammunition storage depot located near the town of Hawthorne. The depot covers 147,000 acres, where all sorts of ammunition and bombs are stored in 2,427 bunkers. They could put on a heck of a fireworks show! 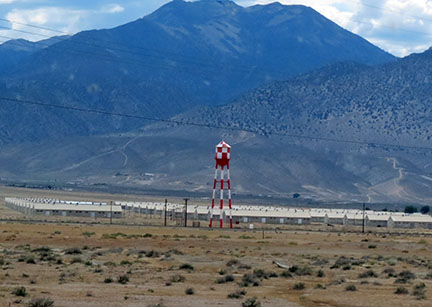 We had thought about staying at the Elks lodge in Hawthorne, but it only has three RV hookups and there were three RVs there when we passed it, so we decided to continue on another 70 miles to Fallon.

Just north of town is eighteen mile long Walker Lake, where the mountains were reflected in the water. Where’s my pontoon boat when I need it? 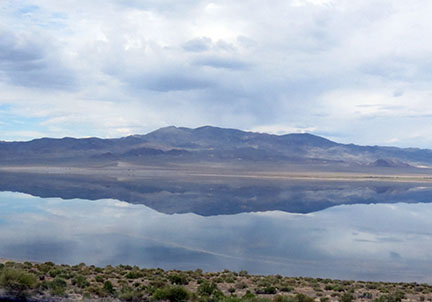 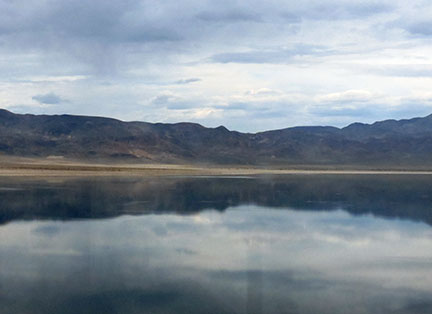 We’re about 60 miles from Sparks, where we are supposed to pick up the new issue of the Gypsy Journal today. We also need to find a repair shop.

On our trip yesterday we had a noticeable vibration coming from the rear of the motorhome when accelerating or when coming down a hill with the exhaust brake on. It doesn’t happen when we’re rolling along on the straight and narrow, and if I turn the exhaust brake off going down a hill the vibration stops. Going uphill under throttle it’s a strong vibration until I back off the throttle, then it eases off.

I called Redlands Truck and RV and talked to my friend Mike there, and he told me it sounded like the exhaust has a broken bracket and is touching the frame and sending a vibration through the RV. Another call to Phil Botnick brought the suggestion that it could be a bad U-joint. Hopefully we can get into a shop today and figure out which it is, or whatever else the problem might be.

One final thing before I close for today. I got a subscription for the digital version of the Gypsy Journal from Michael Davis yesterday, but when I tried to send him a link to the current issue the e-mail bounced. If you’re reading this, please contact me at editor@gypsyjournal.net so we can get your subscription started.

Thought For The Day – Being old is not dictated by your bedtime.

15 Responses to “A Whole Lot Of Ugly”