In my time kicking around this world I’ve been in a few blizzards, a couple of tornados, we drove through the edge of a forest fire during our first year on the road, and I’ve seen a lot of Arizona flash floods. Now I can add an earthquake to the list.

A little before noon yesterday we felt the motorhome lurch and for the briefest of seconds I thought that somebody backing into an RV site had hit us. But there was no noise and it was over as quickly as it started. Terry had just put a load in the washing machine and she thought it was some kind of vibration from that, but it was much stronger.

As it turns out, it was a 4.8-magnitude earthquake whose epicenter was about 90 miles north of Las Vegas. The news reported that the initial tremor was felt as far away as southern Utah, and that several aftershocks followed the initial quake, but none were stronger than 3.8. We never felt them and no damage was done, though an onramp from US Highway 95 to Interstate 15 was closed for a while so that inspectors could check a crack that apparently has been there for a while but was determined to not be a problem.

When we arrived here at the Las Vegas Thousand Trails on Thursday afternoon there were a lot of open RV sites but they have been filling up quickly ever since with folks coming in for the holiday weekend.

I worked on the new issue of the paper for part of the day, and then in the afternoon we drove to Fry’s Electronics. I needed a new wireless keyboard and mouse since the one I’ve had forever is not working very well. While we were there we picked up a couple of other goodies and then we found a Barnes and Noble bookstore and spent some time browsing the aisles. On the way home we made one final stop, this time at a WalMart a couple of miles south of the campground on Boulder Highway.

Back at home, I answered a few e-mails, and then took a quick nap while Miss Terry made dinner, delicious cheeseburgers. Yummy yummy!

Be sure to enter this week’s Free Drawing for an audiobook of Gun Shy, the fifth book in my friend Ben Rehder’s excellent Blanco County mystery series. To enter, all you have to do is click on this Free Drawing link or the tab at the top of this page and enter your name in the comments section at the bottom of that page (not this one). Only one entry per person per drawing please, and you must enter with your real name. To prevent spam or multiple entries, the names of cartoon or movie characters are not allowed. The winner will be drawn Sunday evening. 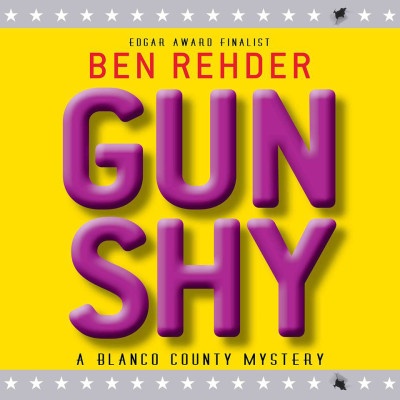 If you’re looking for something good to read this weekend, my friend Ken Rossignol’s Pirate Trials: The Three Pirates, the fourth book in his Famous Murderous Pirate book series is free on Amazon today. Check it out.

Thought For The Day – Kilometers are shorter than miles. Save gas, take your next trip in kilometers.

2 Responses to “The Earth Moved”