Angola: The Louisiana State Penitentiary Museum is a great place to learn about life inside the state’s famous Angola Prison without doing hard time. Exhibits include newspaper stories about famous escapes, a display of weapons confiscated from inmates, the electric chair used in executions before the state switched to lethal injections, and a still for making moonshine fashioned from a coffee pot. 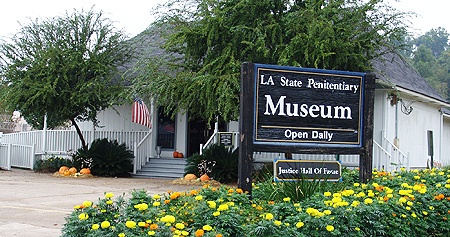 Avery Island: Tabasco, the spicy sauce that graces tables around the world, is made on Avery Island and visitors can tour the Tabasco factory and learn about the history of this spicy treat and how it is made. The island’s beautiful Jungle Gardens showcases an astounding collection of plants and flowers. 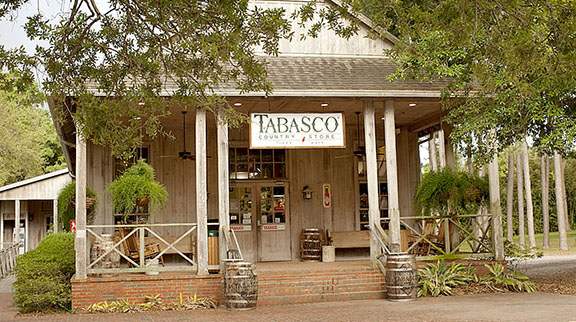 Baton Rouge: The World War II era destroyer U.S.S. Kidd, dubbed “The Pirate of the Pacific” is on display on the Mississippi River in Baton Rogue at the Louisiana Naval War Memorial Museum and is open for tours. Due to the river’s dramatic fluctuations in water level at different times of the year, the ship is berthed in a special cradle that allows it to float during high water periods and rest high and dry when the river’s level drops. The ship was the only U.S. Navy warship granted official permission to fly the Jolly Roger pirate flag. 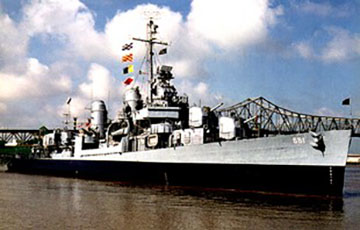 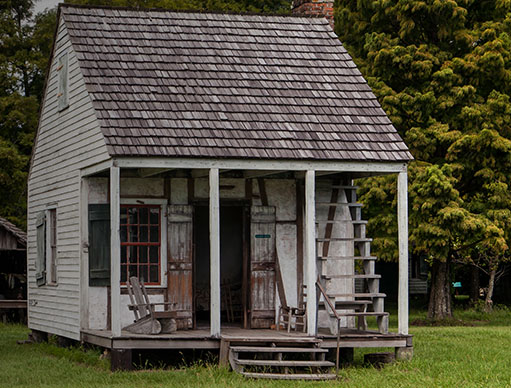 Cloutierville: The home of Kate Chopin, 19th Century novelist and author of Creole short stories is now a Bayou Folk Museum and is open for tours.

DeQuincy: If you miss the train set you had as a kid, be sure to visit the Railroad Museum here.

Gibsland: Depression-era bank robbers Bonnie Parker and Clyde Barrow were ambushed and killed near here, and in the macabre style of the times, their bodies were hauled to town and put on public display to prove that crime doesn’t pay. A granite marker was erected at the ambush site. Two museums in Gibsland are devoted to the desperado duo.

Houma: The Bayou Terrebonne Waterlife Museum preserves and promotes the area’s long, colorful and historically important connection with the seafood and water transportation industries, as well as other wetlands and water based hunting, gathering and mining occupations.

Jennings: W. H. Tupper operated a general store beginning in 1910 in a rural community just north of Jennings, Louisiana. When he closed the doors in 1949, the complete inventory remained on the shelves, undisturbed, until it reopened as the W. H. Tupper General Merchandise Museum. The unique museum offers visitors a glimpse of early twentieth century life in rural Louisiana, when townsfolk picked up their mail, bought groceries, shopped for notions and toys, and caught up on the news, at the Tupper General Merchandise Store.

Lafayette: Visitors to Cajun country can experience a unique view of the Acadian lifestyle of years past with a visit to Acadian Village, a collection of authentic homes and shops dating back to the late 1800s.

Leesville: The Fort Polk Military Museum, housed in a World War II mess hall on the Army base, tells the story of Fort Polk and the units that trained there.

New Orleans: At Mardi Gras World you can take a look behind the scenes of the world’s biggest party and see thousands of sculptured props and giant floats on display. 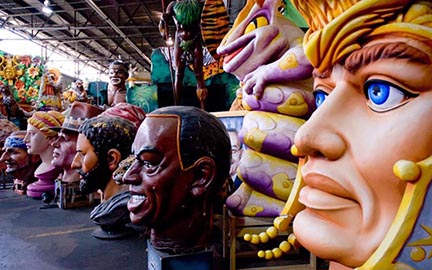 New Orleans: The National World War II Museum (formerly the National D-Day Museum) tells the story of the historic Allied invasion of Europe to wrest the continent from Nazi control during World War II. Exhibits include military equipment, maps, photographs, and oral histories of the men and women recalling their experiences during the war years. 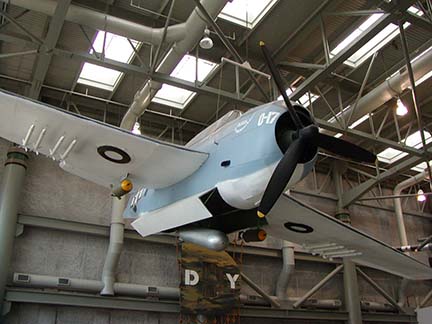 New Orleans: Confederate Memorial Hall is the oldest continually operating museum in Louisiana and displays the second largest collection of Confederate memorabilia in the world. Exhibits include more than 125 original battle flags of the South and the State of Louisiana, uniforms of famous Confederate officers and common soldiers, rare Confederate guns, Confederate swords, more than 500 rare photographs such as tintypes, daguerreotypes, and albumens.

Oil City: In the early 1900s this was a booming oil town. In one year property values went from fifty cents an acre to over $500 an acre! The Louisiana State Oil and Gas Museum tells the story of the days when black gold flowed freely here.

Opoloousa: Le Vieux Village is a historic rural museum located in the city’s historic gateway corridor, offering visitors a glimpse of early rural life in St. Landry Parish. The village includes the Jim Bowie Museum, which showcases the life of the famed knife fighter who died at the Alamo.

Shreveport: The Antique & Classic Vehicle and Shreveport Fire Fighters Museum is housed in an early 1920s Dodge dealership. In the early days, the vehicles were prepared in the back area of the building, driven to the roof to be washed and polished, and then stored in the basement area until sold to the new owner. The museum displays an array of automotive history in both antique and classic vehicles, including motorcycles, antique fire trucks, vehicles, vintage costumes, antique radios, tools and classic model memorabilia exhibited among life-sized backdrops.

Shreveport: Located on Barksdale Air Force Base in Shreveport, the Global Power Museum features military uniforms, wartime exhibits and aircraft dating from World War I to an SR-71 Blackbird.

Vermilionville: Vermilionville authentically portrays a way of life preserved with a distinctly French accent. Situated on the banks of the Bayou Vermilion, this Cajun/Creole heritage and folk life park recreates life in the Acadiana area between 1765 and 1890. The historic village contains eighteen structures, including six restored original homes where costumed interpreters demonstrate traditional crafts or musical styles.

It’s Thursday, and that means it’s time to kick off a new Free Drawing. This week’s prize is an audiobook of Chesapeake 1880 by my friend Ken Rossignol, a tale of life in the Chesapeake Bay region as the industrial revolution changed the world forever. To enter, all you have to do is click on this Free Drawing link or the tab at the top of this page and enter your name in the comments section at the bottom of that page (not this one). Only one entry per person per drawing please, and you must enter with your real name. To prevent spam or multiple entries, the names of cartoon or movie characters are not allowed. The winner will be drawn Sunday evening. 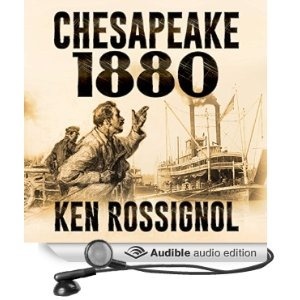