Barbourville: Daniel Boone is considered by many as Kentucky’s most famous pioneer, but Dr. Thomas Walker was actually the first frontiersman in Kentucky, preceding Boone by 17 years. A physician and surveyor, Walker led the first expedition through the Cumberland Gap, in 1750. Dr. Walker built the first cabin in Kentucky, a replica of which stands today at the Dr. Thomas Walker State Historic Site. 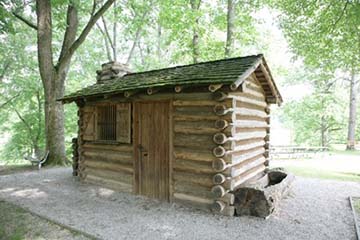 Benham: The Kentucky Coal Mining Museum is located deep in the heart of the Appalachian coalfields in the former coal camp town of Benham, in Harlan County. Displays within and around the museum show visitors the life of a coal miner and his family as they struggle to make a life for themselves. 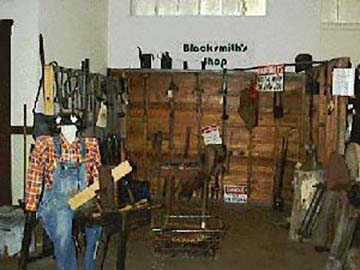 Bowling Green: At Lost River Cave you can take an underground boat tour of the cave as it winds under the city. 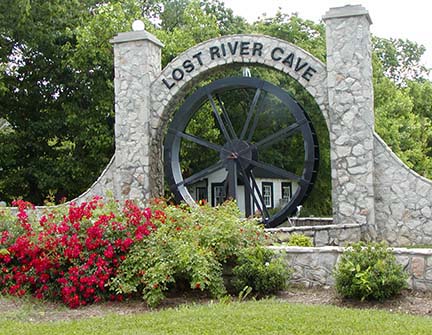 Bowling Green: The Corvette, America’s sports car, is built in Bowling Green, and the National Corvette Museum just off Interstate 75 tells the story of this rocket on wheels. 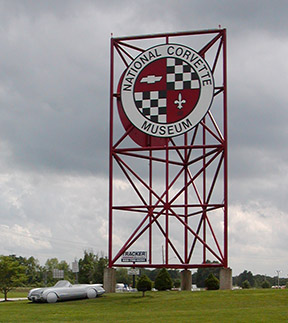 Corbin: Colonel Harland Sanders started his Kentucky Fried Chicken empire here, and the original Sanders’ Café is still open on US Highway 25E, serving his famous chicken and holding a small museum of the man who made a fortune from chicken. 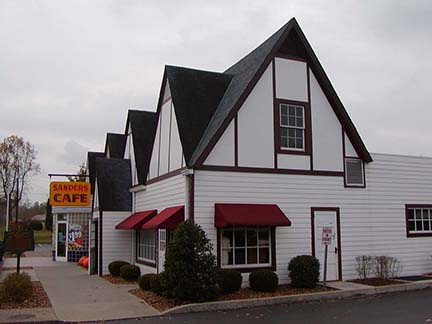 Fairview: Jefferson Davis State Historic Site is a memorial to the famous Kentuckian born on this site on June 3, 1808, who would go on to be the President of the Confederacy during the Civil War. A 351 foot tall monument marks Davis’ birthplace. The visitor’s center features exhibits detailing Davis’ political life before and after the Civil War, and offers Kentucky handcrafts, souvenirs, books, and Civil War memorabilia.

Fort Knox: The Patton Museum is the U.S. Army’s Museum of Cavalry and Armor, dedicated to the preservation of the material culture of the U.S. Army and the Armor Branch. Displays include memorabilia from the life of famed General George S. Patton, World War II tanks, and modern day military equipment.

Frankfort: The Kentucky Military History Museum emphasizes the service of the Kentucky Militia, State Guard, and other volunteer military organizations from the Revolution through the Gulf War. Displays include an impressive collection of firearms, edged weapons, artillery, uniforms, flags, photographs, personal items, and other equipment that illustrates the Commonwealth’s martial heritage.

Frankfort: The Kentucky Vietnam Veterans Memorial is a giant sundial designed so that every year its shadow falls on the name of every fallen Kentucky serviceman on the anniversary of his death. 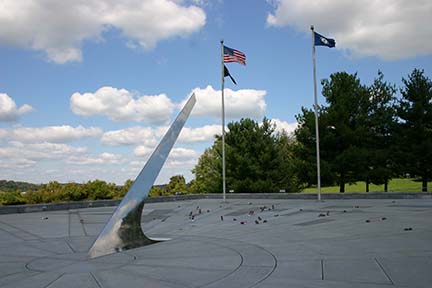 Henderson: John James Audubon, the first artist or ornithologist to depict life size birds and animals in their natural surroundings, lived in Henderson for several years. John James Audubon State Park preserves the peaceful woods where the famed naturalist walked as he observed the subjects of his paintings. The park’s museum exhibits the world’s largest gathering of Audubon memorabilia and one of the most extensive collections of his work in the world.

Hodgenville: Future president Abraham Lincoln was born in a log cabin four miles from Hodgenville. A replica of the log cabin birthplace has been erected on the site.

Horse Cave: You can go “down under” and learn about the underground world of caves at the American Cave Museum here.

Lexington: At Kentucky Horse Park you can tour several museums dedicated to horses and horse racing. The famous steed Man O’ War is buried at the museum. 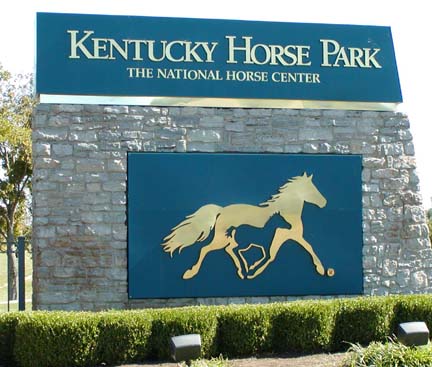 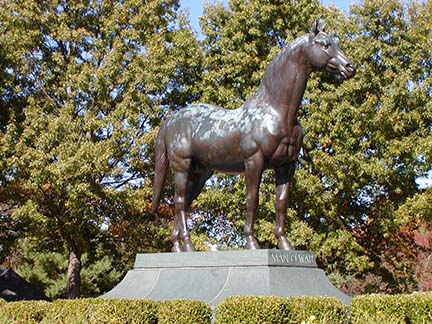 Louisville: A six story tall baseball bat greets visitors to the Louisville Slugger Museum & Factory. Inside, visitors can learn about the famous bats that have been favored by baseball players through the decades.

Louisville: Boxing fans will enjoy a visit to the Muhammad Ali Center, where the boxing champion’s life and achievements are celebrated.

Louisville: As a young man, inventor Thomas Edison lived at a house located at 729-31 East Washington Street when he worked in Louisville as a telegraph operator. Today the Thomas Edison House is open to tours and has displays on Edison’s life and work.

Loretto: The Oscar Getz Museum of Whiskey History tells the story of American distilling with exhibits on George Washington and the Whiskey Rebellion, displays of antique bottles, jugs, and barrels, copper stills dating from 1787, Prohibition-era medicinal whiskies, displays on the Temperance movement, and a showcase of old Kentucky distilleries.

Loretto: Visitors can tour both the Jim Beam distillery and Maker’s Mark distillery here and learn how whiskey is made.

Middlesboro: Cumberland Gap National Historical Park tells the story of the first pathway to the West and preserves part of the historic pioneer path where the borders of Tennessee, Kentucky, and Virginia meet.

Mount Olivet: At Blue Licks Battlefield State Park, visitors can tour a museum with displays on the last Revolutionary War battle in Kentucky, which took place when British troops and allied Shawnee Indians ambushed a force of militiamen. Among the casualties was Israel Boone, son of famous frontiersman Daniel Boone.

New Haven: At the Kentucky Railway Museum you can recapture the romance of the local passenger train when it was small-town America’s link to the world. Visitors can also take a 22-mile train excursion through the scenic and historic Rolling Fork River Valley on a restored passenger train.

Paducah: The National Quilt Museum of displays new and antique quilts and conducts workshops and special programs for quilters.

Paducah: Paducah’s oldest history museum, the William Clark Market House Museum, has 4,000 sq. ft. of exhibits including a rare porcelain vase given to William Clark as a gift for his second marriage and the four piece red velvet rosewood furniture used by Ulysses S. Grant on an overnight visit to Paducah.

Renfro Valley: Brush Arbor is a living history museum celebrating and preserving the heritage of the pioneers who settled Appalachia. Included are historic log cabins dating as far back as 1797, a restored log church, corn crib, smokehouse, and blacksmith shop.

Renfro Valley: The Kentucky Music Hall of Fame and Museum honors Kentucky performers, songwriters, publishers, promoters, managers, broadcasters, comedians, and other music professionals who have made significant contributions to the music industry in Kentucky and around the world.

Stanford: The William Whitley House was the first brick home and circular racetrack in Kentucky, completed in 1794 by William Whitley and his wife Esther. The estate, known as Sportsman’s Hill, is a monument to pioneer ingenuity and resourcefulness. The brick house has a secret chamber for hiding in the event of an Indian attack. Today the home is a State Historic Site and is open to tours.

Van Lear: The Coal Miners’ Museum is located in a building formerly occupied by the Consolidation Coal Company. The museum’s exhibits include a collection of mining implements, a re-creation of a doctor’s office, a model of a large section of the town as it appeared during its boom years, and a 1950s store. Country singer Loretta Lynn, who was born nearby, made the Van Lear coal mine famous in her hit song Coal Miner’s Daughter.

Versailles: At the Bluegrass Railroad Museum, visitors can see a collection of vintage locomotives and railroad cars dating back to the glory days of railroading.

It’s Thursday, so it’s time to kick off a new Free Drawing. This week’s prize is an audiobook of Crazy Days in Big Lake, the third book in my Big Lake mystery series. To enter, all you have to do is click on this Free Drawing link or the tab at the top of this page and enter your name in the comments section at the bottom of that page (not this one). Only one entry per person per drawing please, and you must enter with your real name. To prevent spam or multiple entries, the names of cartoon or movie characters are not allowed. The winner will be drawn Sunday evening. 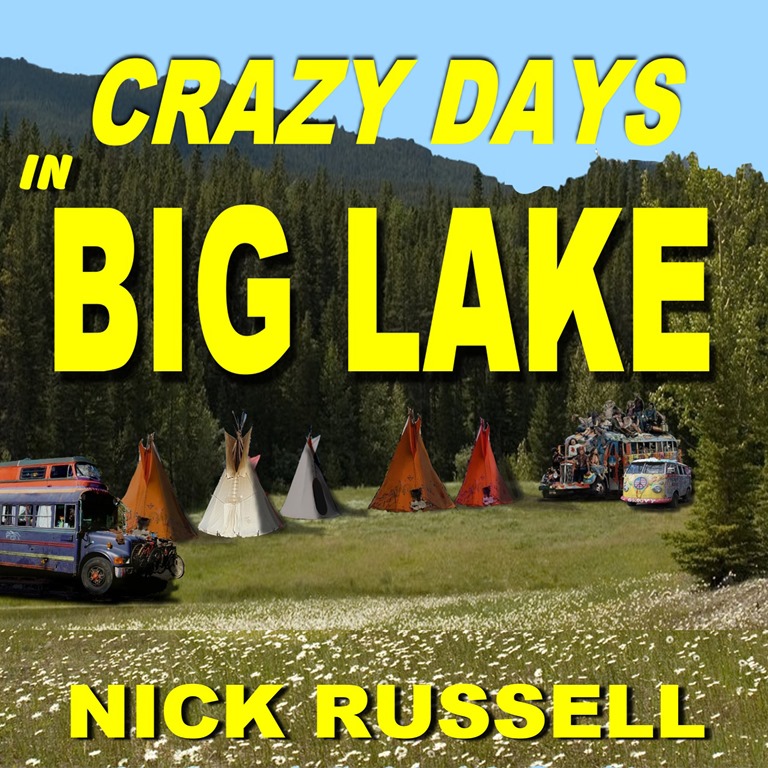 Thought For The Day – Writer’s block is when my imaginary friends stop talking to me.